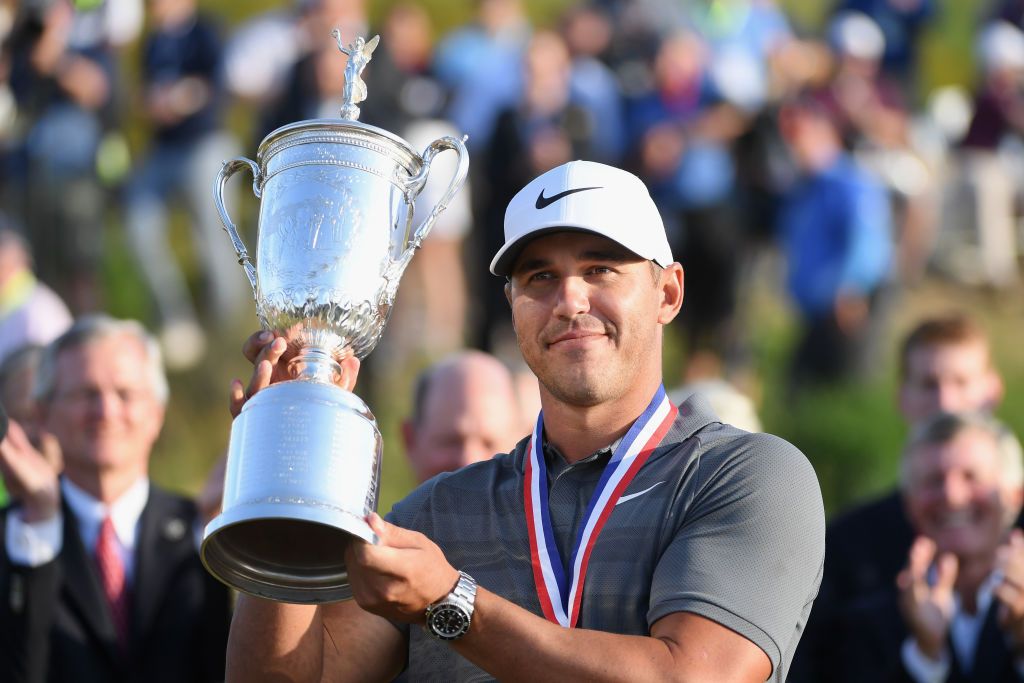 Brooks Koepka became the first man to retain the US Open for almost 30 years at Shinnecock Hills on Sunday as he carded an ice cool final round of two-under par for a one-shot victory.

Koepka tapped in for a bogey at the final hole for a five-birdie, three bogey 68 and the 118th US Open title, the first back-to-back champion since Curtis Strange in 1988-89.

A two-putt bogey on the 72nd hole does it. @BKoepka is the 118th #USOpen champion, and the first back-to-back champion since 1989! pic.twitter.com/DaWUiRGHCw

It was an entirely different victory from 12 months ago at Erin Hills, when the 28-year old Floridian tore up the course for a winning total of 16-under par.

Koepka held his nerve to edge out Tommy Fleetwood by one-shot after the Englishman had earlier posted a record low round for the US Open of 63 to set the clubhouse target at two over par.

Fleetwood, who joined Johnny Miller, Jack Nicklaus, Tom Weiskopf, Vijay SIngh and Justin Thomas as the only men to shoot a 63 in 118 US opens, narrowly missed out on a 62 when his eight-foot putt on the final hole slipped by.

Win or lose, it's been a great #FathersDay for @TommyFleetwood1. #USOpen pic.twitter.com/Ww7xIClaCR

Nevertheless it was a challenging total, and one that only Koepka ever looked like matching.

Overnight co-leader Dustin Johnson struggled to make inroads, firing an even par 70 to finish in third place at three over, while Masters champion Patrick Reed (68) came in fourth.

The second of the third-round co-leaders Tony Finau ended up in fifth place after carding a 72, while Daniel Berger could only manage a 73 for tie of sixth spot with Xander Schauffele, Tyrell Hatton and Henrik Stenson.

Speaking after his remarkable achievement, Koepka said it was special to be one of just two people alive to retain the US Open.

“To put my name up there with Ben Hogan is pretty special. It‘s what you dream of when you’re a kid, and to win it again while defending in truly special.”