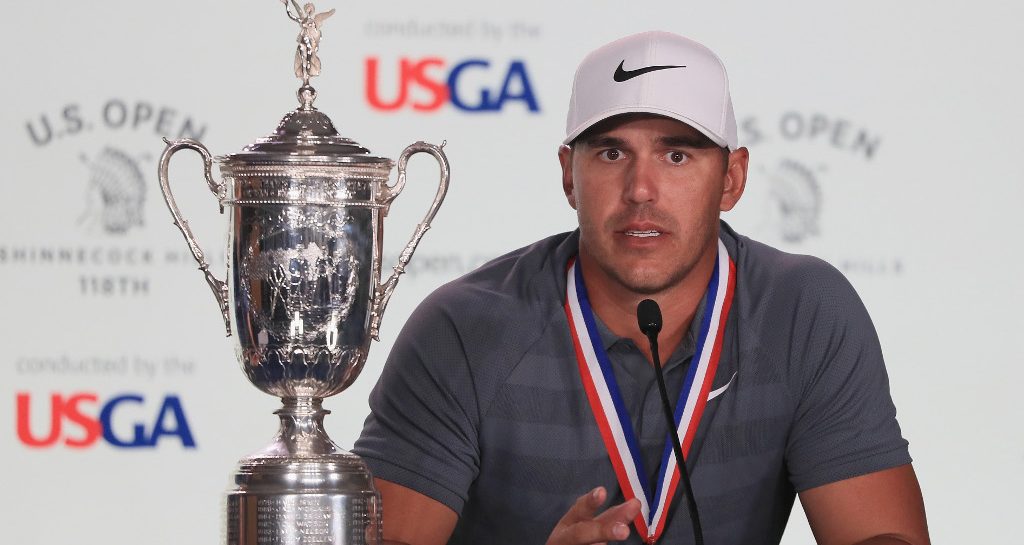 He may not be the talk of the tour in the same way as Dustin Johnson, Jordan Spieth or Justin Thomas, but newly crowned back-to-back US Open champion Brooks Koepka doesn’t mind.

It was win completely different to his victory at Erin Hills 12 months ago, and one that Koepka siad should prove those who still doubt his qualities wrong.

“It doesn’t bug me. I just kind of keep doing what I’m doing, keep plugging away, kind of hide behind closed doors sometimes, which is nice, kind of the way I’d like to keep it.

“Everyone said Erin Hills was set up for me. It was set up for a lot of guys that bomb the ball. I just happened to play a little bit better that week.

”This week is just back to a typical U.S. Open, where one over par wins. It’s just a lot of grinding. But I couldn’t be happier with the way I played.”

He added that the Open suits him because of the mental demands it places on players.

“US Open just takes so much discipline,” he said. “You have got to be a great putter and just kind of let things roll off your back.

Meanwhile, he had some comforting words for 2016 winner Johnson

“He’s going to win another (major), we all know that,” Koepka said. “The attitude, the work ethic, everything that he brings to it, in my book he will, when he’s done, probably go down as one of the best of all time.”

“We talked a lot more when we worked out than when we were on the golf course,” Koepka said. “We’re both competitive. We both know we’re trying to beat each other and trying to win a golf tournament, trying to win a major.