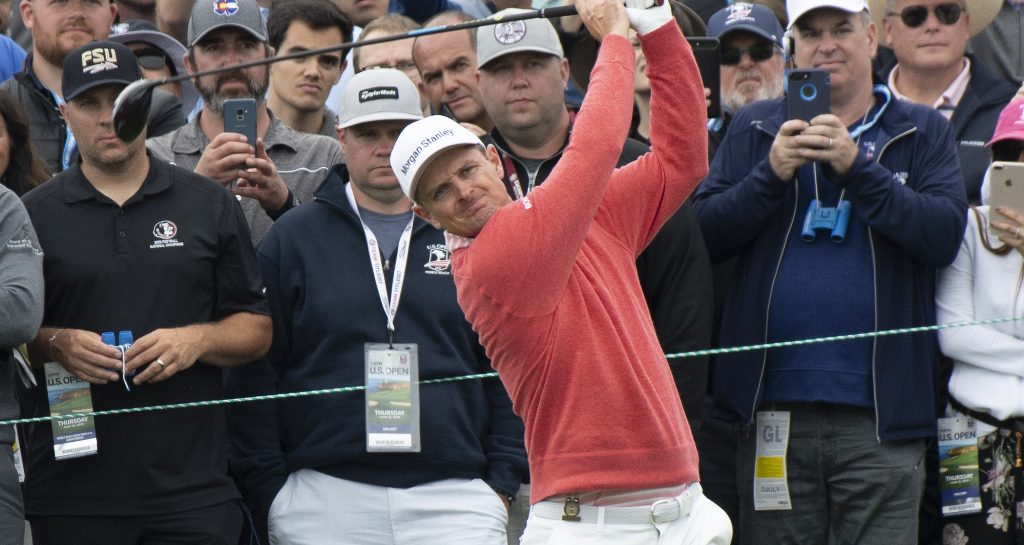 Justin Rose equalled the lowest US Open round ever shot at Pebble Beach, a six-under par 65, to take a one-shot lead after Thursday’s opening round.

Playing alongside Jordan Spieth and Tiger Woods, whose record he matched, the 2013 US Open champion produced a barnstorming finish, closing with three straight birdies to rocket up the leaderboard and into first place.

Justin Rose finishes with 65, tying the lowest #USOpen round at Pebble Beach. pic.twitter.com/FjOHUHqLq1

Earlier, the Englishman added birdies at the fourth and seventh, with his only bogey of the day coming at the par-4 eighth.

The highlight of his round, aside from his roaring finish, was the eagle-three he made at the sixth.

But it was his impressive finish that has really set Rose up for a title tilt, after he rolled in a 10-footer at the 16th, drained a 26-footer at the par-three 17th and closed with another 11-footer at the last after blasting out of a greenside bunker.

Justin Rose sinks a long putt on 17 to pull into a five-way tie for the lead! #USOpen pic.twitter.com/3HWn3rs3ZL

“It was amazing,” said Rose.

“I was thinking, ‘This would be kind of cool doing it front of the great man himself,'” he added, in reference to playing partner Woods.

“I was trying to stay patient with myself mentally, but kept up-and-downing the ball, kept the momentum up. And then I got rewarded with a hot finish, birdieing the last three.

“I took a good round to a great round.” 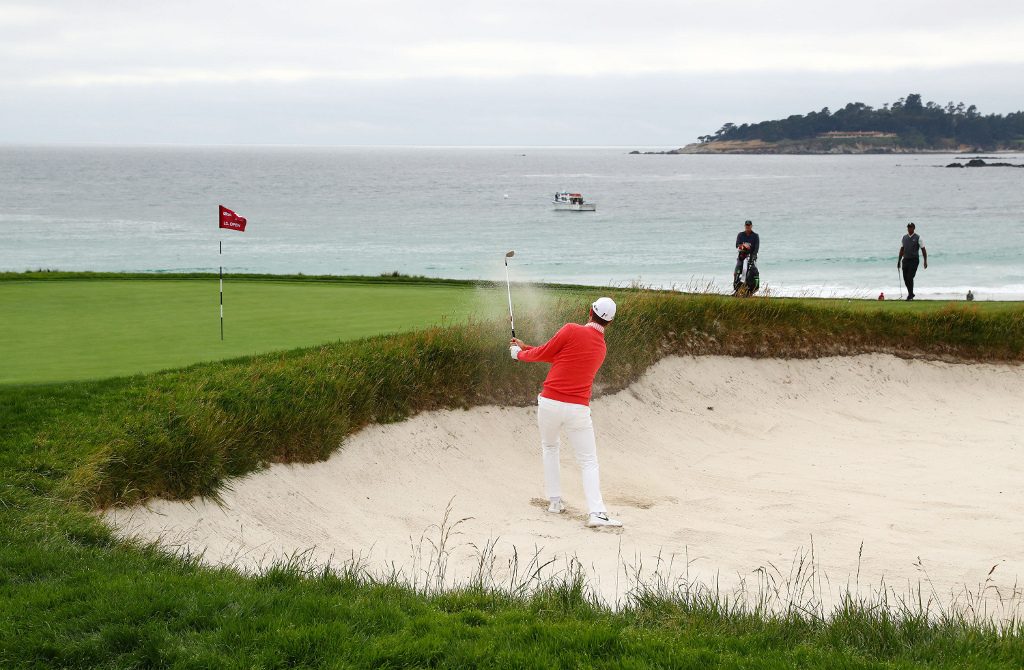 Ever the pragmatist, however, Rose knows the job isn’t even half done.

“I wouldn’t say it’s exhilarating, because I feel like my mindset is I am in a 72-hole tournament,” he said.

“This is just a very small step towards (an) outcome,” he said. “So you don’t feel that buzz that you would on a Sunday, but you can’t help but look around over your shoulder, and damn, this is Pebble Beach! Shot 65 and you’re in the US Open.

Rose also said playing with Woods at the Memorial Tournament recently proved to be good preparation for teaming up with the Masters champion at Pebble Beach. 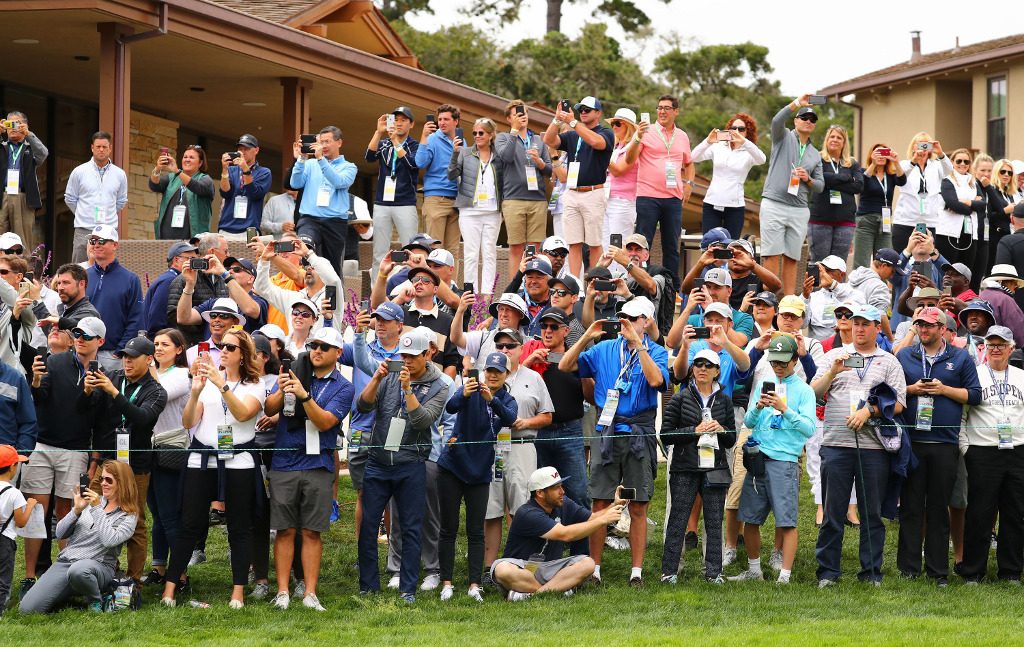 “The crowd were big, huge — six or seven deep, pretty much all the way,” he said. “So there’s the obvious noise. I had to hit some shots where I didn’t quite have the setup or the peace and quiet that I would normally hit a golf shot under, I had to try to keep pushing that.”

Rose may hold the lead, but he’s just one man atop a crowded leaderboard full of serious golfing talent.

Lying just one shot behind are American duo Xander Schauffele and Rickie Fowler, the World No 10 and 11, who share second place with South African Louis Oosthuizen and countryman Aaron Wise. 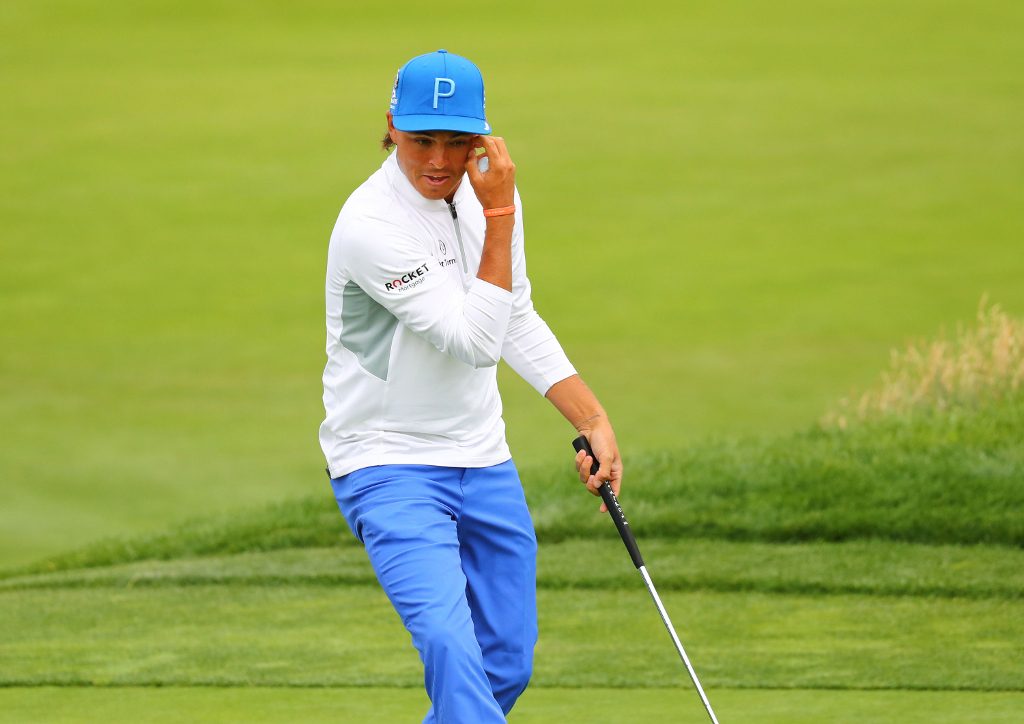 Scott Piercy and Nate Lashley follow a further shot back, while last week’s winner in Canada, Rory McIlroy, opened with a rock-solid four-birdie, one-bogey 68 to join the large eight-man group on three under.

Also opening with a two-under-69 was defending champion Brooks Koepka, who made five birdies on the day, but also added three bogeys. The World No 1 managed to play off the cart path on the 18th and save par to salvage a very respectable round.

After playing off the cart path, Brooks Koepka saves par on 18 and finishes with a 2-under 69. #USOpen pic.twitter.com/c18pmIqvqH

As for Rose’s playing partner Woods, he was able to offset a poor day at the office from tee to green with some excellent shortplay to scramble to a one-under par 70 and keep himself in the hunt.

Tiger is all about the par saves today. #USOpen pic.twitter.com/vASl0nPkgP

Other notables include Dustin Johnson, who opened with a level-par 71 to sit alongside Tommy Fleetwood, and Spieth and Phil Mickelson, both of whom had 72s.