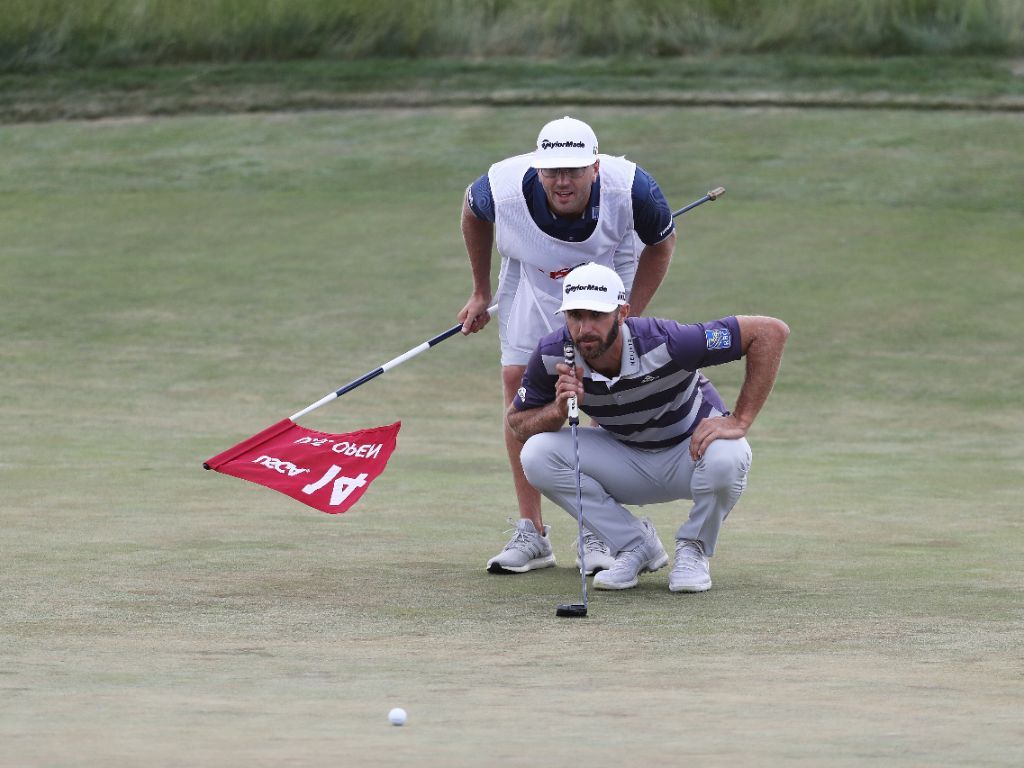 Dustin Johnson still believes he is in a strong position to win the US Open, despite seeing his four-shot advantage wiped out.

Johnson looked on course to win his second US Open at the halfway point at Shinnecock Hills after forging a handsome lead at the top of the leaderboard.

But day three proved to be a hugely challenging one for Johnson, whose 77 saw him fall to three over par – where he shares the lead with defending champion Brooks Koepka and the pair of Tony Finau and Daniel Berger, who carded rounds of 66 earlier in the day.

After a slow start, @DJohnsonPGA settled down in Round 3 and will enter Sunday with a share of the lead. #USOpen pic.twitter.com/yyY9IS2hby

In the tough afternoon conditions though, the world number one was far from distraught at his round after labelling it the best 77 of his career.

“I’m in a good position, in the lead,” Johnson said.

“I didn’t feel like I played badly at all. Seven over, you know, usually is a terrible score, but, I mean, with the greens the way they got this afternoon, I mean, they were very, very difficult.

That's the highest for a third round in the #USOpen since 2000 at Pebble Beach. pic.twitter.com/D56qOOnWzK

“I had six or seven putts that I could have easily putted right off the green.