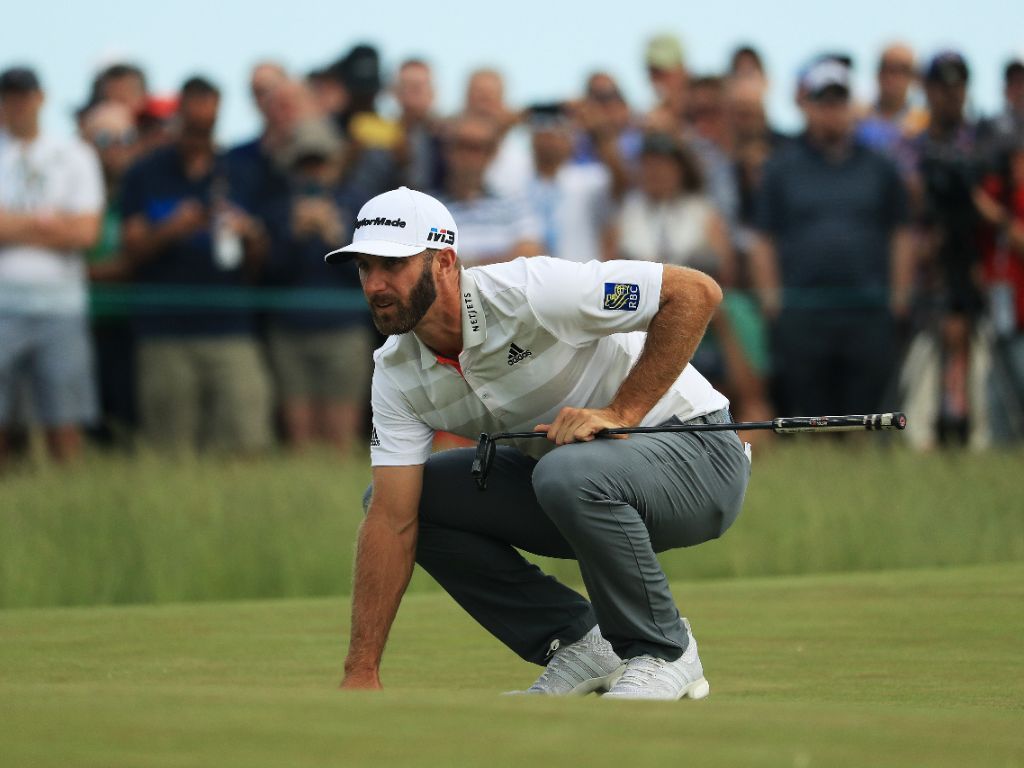 On a testing opening day at the US Open, world number one Dustin Johnson demonstrated his prowess as one of four co-leaders.

Only five players made par or better at Shinnecock Hills, with the likes of Phil Mickelson (77), Tiger Woods (78), Jordan Spieth (78) and Rory McIlroy (80) all finding themselves firmly out of the running.

But Johnson was able to make headway in setting the pace at one under after the American joined Ian Poulter, Scott Piercey and Russell Henley at the top of the leaderboard.

After early starters Poulter and Piercey set the clubhouse lead, Johnson – who returned to world number one after winning last week’s FedEx St Jude Classic – found himself at three under after the opening 11 holes.

The numbers behind the destruction. 💪 pic.twitter.com/rjbU6Lq1U6

However, Johnson dropped two shots in the gusty winds on the back nine, as the chasing pack pegged him back.

“I’m very pleased with the round,” Johnson said. “Anything under par on this golf course is very good, especially in the conditions we have today. I felt like, you know, from start to finish, it was very difficult.”

Co-leader Poulter stressed the challenges of the conditions, despite sinking three birdies and making just two bogeys in his round of 69.

Jason Dufner is the closest to the four leaders after shooting level par, while former US Open champion Justin Rose is one further back after a one over 71.