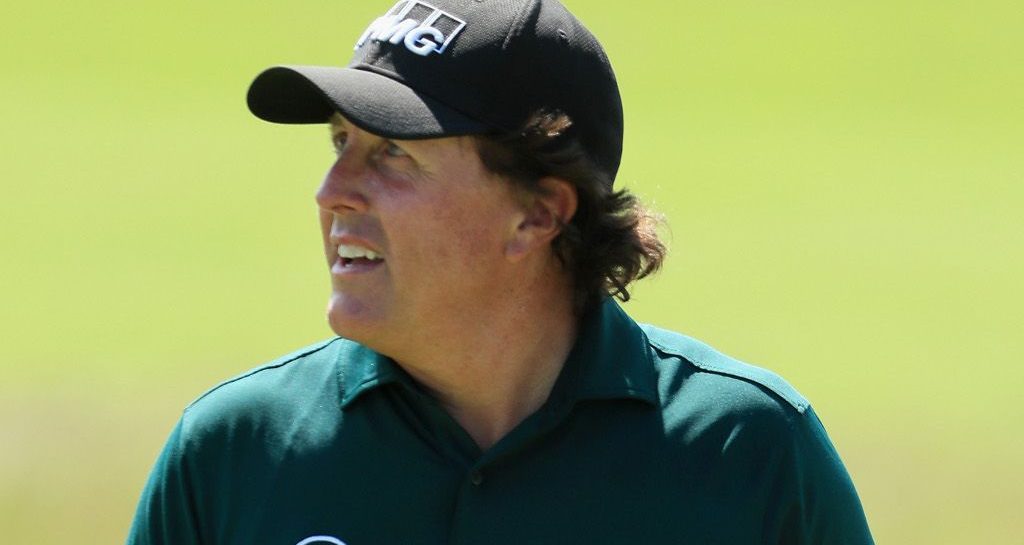 Phil Mickelson’s decision to deliberately hit a moving ball and incur a two-shot penalty at the US Open on Saturday had everyone shaking their heads.

Already four over par for his third round and 10 over in total when he reached the 13th hole, a frustrated Mickelson was clearly not fancying the prospect of having to play out the rest of the weekend at Shinnecock Hills despite having no chance of winning the tournament.

His frustration at seeing his career Grand Slam dreams go up in smoke boiled over on the 13th green when he hit his ball before it had stopped moving.

Mickelson risked disqualification for the move – and maybe that’s what he wanted, but the end result was a two-shot penalty and a 10 on the par-four hole.

Afterwards, the veteran American said he knew exactly what he was doing.

“Look, I don’t mean disrespect to anybody. I know it’s a two-shot penalty,” he said.

“At that time, I just didn’t feel like going back and forth and hitting the same shot over. I took the two-shot penalty and moved on.

“It’s my understanding of the rules. I’ve had multiple times where I’ve wanted to do that. I just finally did.

“It was going to go down in the same spot behind the bunker. I wasn’t going to have a shot. I don’t know if I was able to save a shot or not.

“I know it’s a two-shot penalty hitting a moving ball. I tried to hit it as close as I could on the next one, and you take the two shots and move on.”

Mickelson ultimately signed for an 11-over-par 81 to sit on 17 over par for the tournament.

That wasn’t quite dead last in the field – England’s Andrew Johnston and South Korean Byeong Hun An are tied last on 19 over after both carding rounds in the 80s on Saturday as well.

As for Mickelson, 18 more holes at Shinnecock await on Sunday.