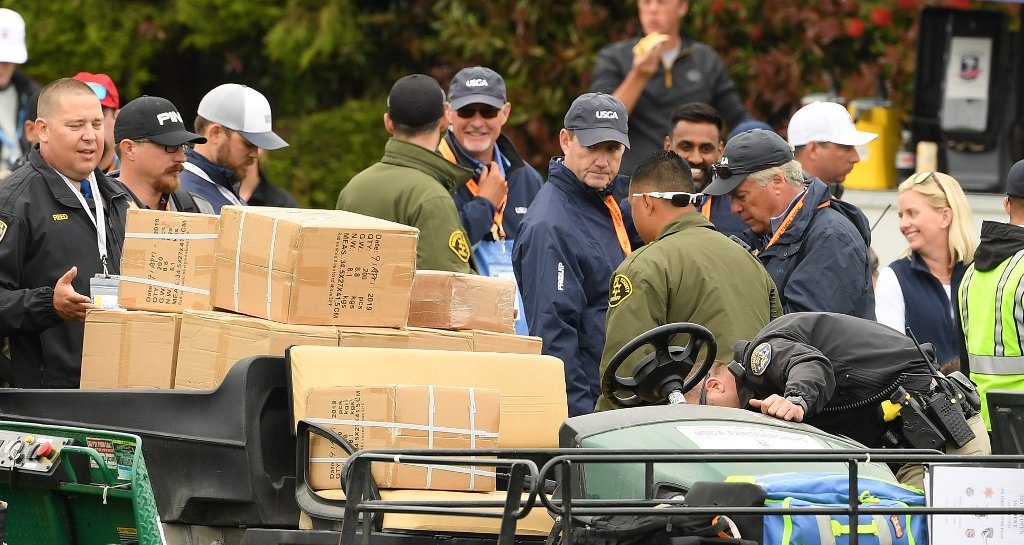 Five people were injured when a golf cart went careening into a group of spectators at the US Open on Friday.

The accident happened when one of several boxes being loaded onto the cart fell onto the accelerator and sent the vehicle flying into a group of unsuspecting bystanders.

According to the the California Highway Patrol, a vendor parked the cart near the 16th hole at Pebble Beach and stepped away for only a moment when the box fell onto the pedal.

“Unfortunately, during today’s second round, there was an incident involving a golf cart on the 16th hole that resulted in three spectators and a vendor being injured and requiring medical treatment. We will continue to monitor their conditions,” the USGA said in a statement.

The USGA’s statement mentions only four injuries, contradicting a statement from police.

The Monterey Herald says two of the victims were taken by ambulance to Community Hospital of the Monterey Peninsula.