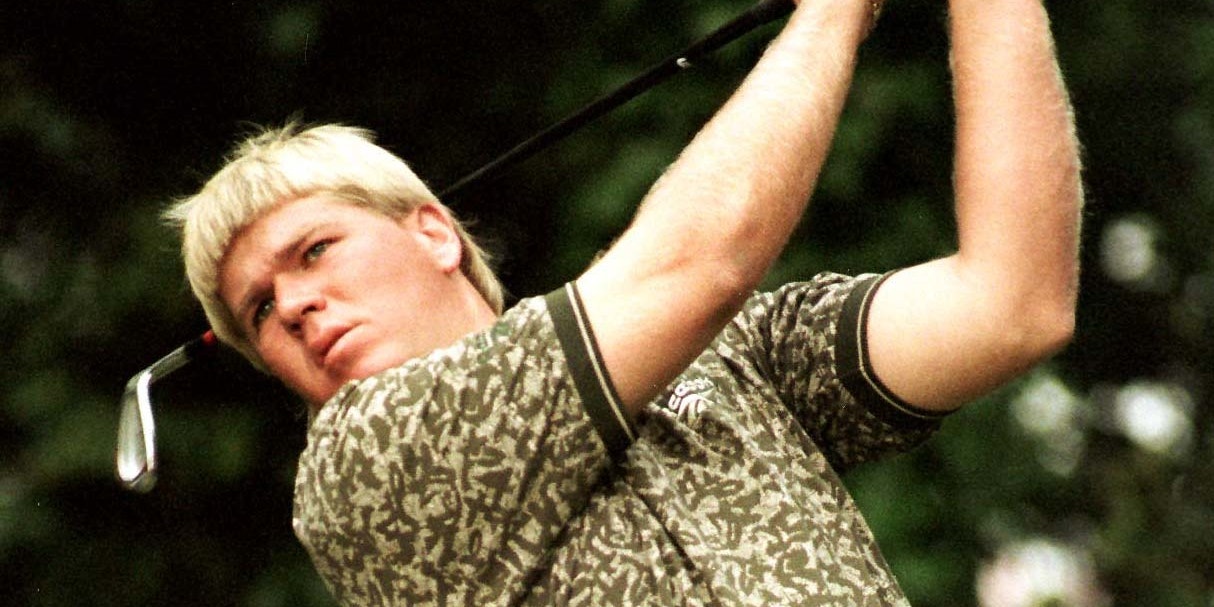 On this day in 1991, John Daly stunned the golfing world to win the US PGA title at the Crooked Stick Golf Club in Indiana.

Daly had been a tour rookie and ninth reserve for the tournament, and had to drive across the country the night before, and take part on a course he had never played on before.

Nick Price had withdrawn on the eve of the tournament because his wife went into labour, and although Daly did not have a practice round, he managed to secure Price’s Caddy Jeff Medlin’s services throughout the tournament.

Although he was not a ‘typical’ golfer, and grew up in rural Arkansas, the 25-year-old Daly hit the ball further than the competition, regularly driving 300 yards, at a time when few others were, and had several measured at more than 370 yards.

Sporting a blond mullet, Daly finished the first round three below par and in eighth. In the second, Daly improved, finishing with 67 and taking the lead with -8. He then scored -3 on the third round to go into the final with a three-shot lead.

In the final round, the outsider was able to hold his nerve and claim his first major and first PGA tour win at the 73rd PGA Championship.

Immediately after taking the title, he announced he was donating a $30,000 scholarship fund to the daughters of fan Thomas Weaver who was killed when he was struck by lightning while attending the PGA Championship.

The win turned Daly immediately into one of the game’s biggest names, and he was named PGA Rookie of the Year for 1991.

In later years, he went on to win the 1995 Open Championship at St Andrews, having been suspended by the PGA Tour in 2003.

His last win was in 2004, and he is the only eligible two-time major trophy holder to never have been chosen for a Ryder Cup team.