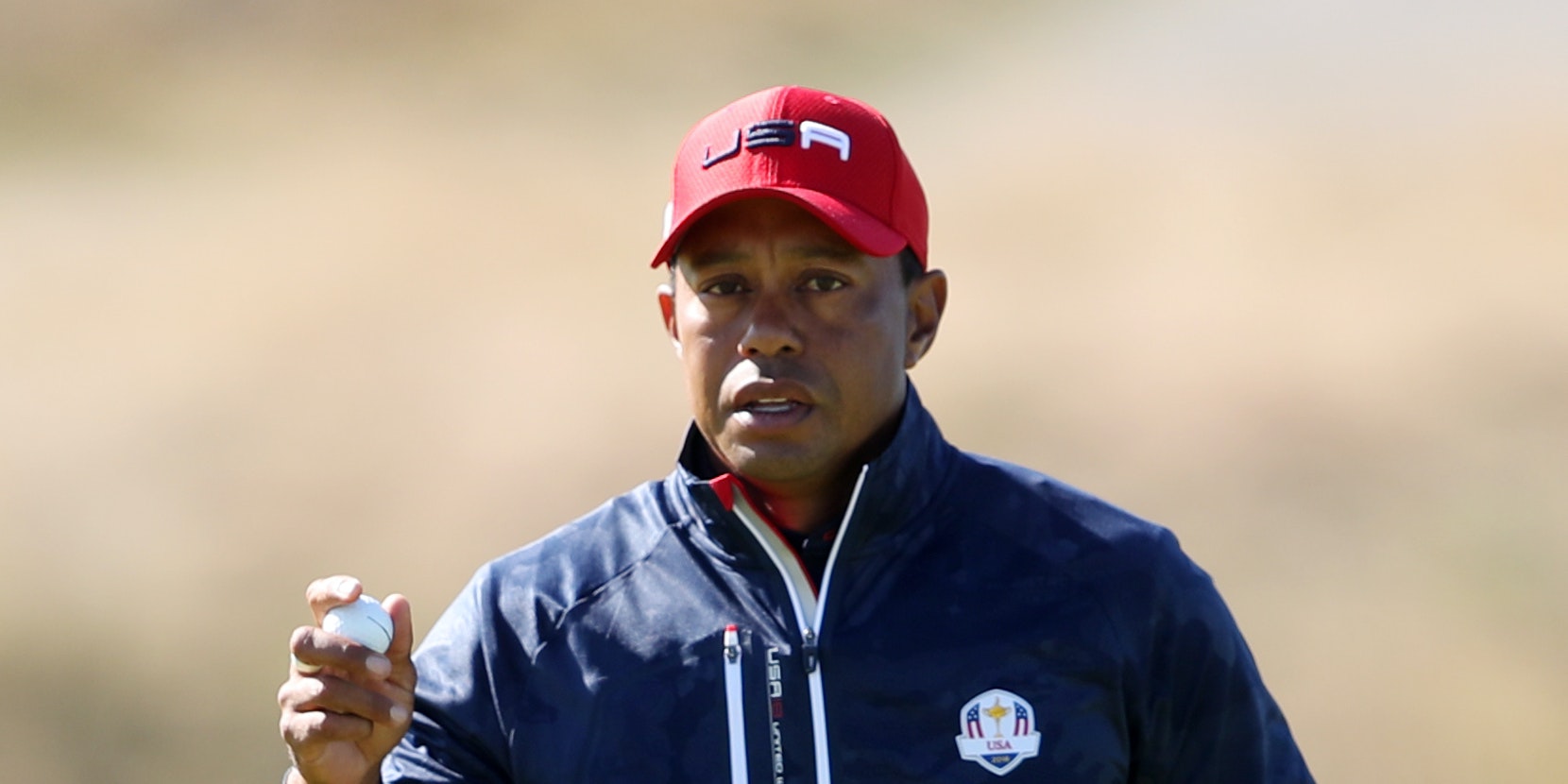 Tiger Woods said the Ryder Cup was not the same without fans as he backed the decision to postpone the Whistling Straits showpiece until next year.

The biennial clash between the United States and Europe had been due to take place in September, but continuing concerns over coronavirus meant event organisers were unable to guarantee the Wisconsin venue could safely host spectators this year and opted to push it back until 2021.

Woods, who has played in eight Ryder Cups during his long and highly-successful career, highlighted how integral the fans were to the competition and said it could not take place without them.

The 15-time major champion, who will be in competitive action for the first time since February at this week’s Memorial Tournament, told a press conference streamed on the PGA Tour’s Twitter account: “Quite frankly, a Ryder Cup without fans is not the Ryder Cup.

“As it is now, OK. So when the Ryder Cup first started there weren’t that many people involved in the game but the world has expanded, the event has expanded.

“And, as far as I can remember, I’ve always seen people involved in a Ryder Cup – the chanting and screaming and the participation, the bipartisanship that has been part of the sport and part of the event.

“I think what they did with suspending it for the year and moving it to next year was the right thing.

“We couldn’t have an environment in which we could protect all the fans that were going to be involved and have that type of assurance. Obviously if that’s the case, you can’t have the fans.

“Well, if you can’t have the fans, then it’s not the Ryder Cup.”

Woods has the chance to make PGA Tour history this week, as he bids to overtake Sam Snead’s long-standing record of 82 wins.

The 44-year-old matched Snead when he claimed the Zozo Championship title in Japan last October and he has his sights set on returning to the winner’s circle at Muirfield Village on Sunday.

“I would like to say that I’m going to win the event,” added Woods, who has won this tournament five times before. “That’s my intent coming in here, that’s my intent going into every event.

“Whether that plays out come Sunday, hopefully that will be the case. It was that one particular week, three tournaments ago at Zozo. There’s no reason why I can’t do it again this week.”

Since Woods last teed it up in February, figures across global sport have shown their support for the Black Lives Matter movement following the death of George Floyd.

When asked about the positive difference the movement can make, Woods added: “I think change is fantastic. As long as we make changes without hurting the innocent, and unfortunately that has happened, hopefully it doesn’t happen in the future, but a movement and change is fantastic.

“That’s how society develops, that’s how we grow, that’s how we move forward, that’s how we have fairness. Unfortunately we’ve lost innocent lives along the way, and hopefully we don’t lose any more in the future as we move to a much better place socially.”