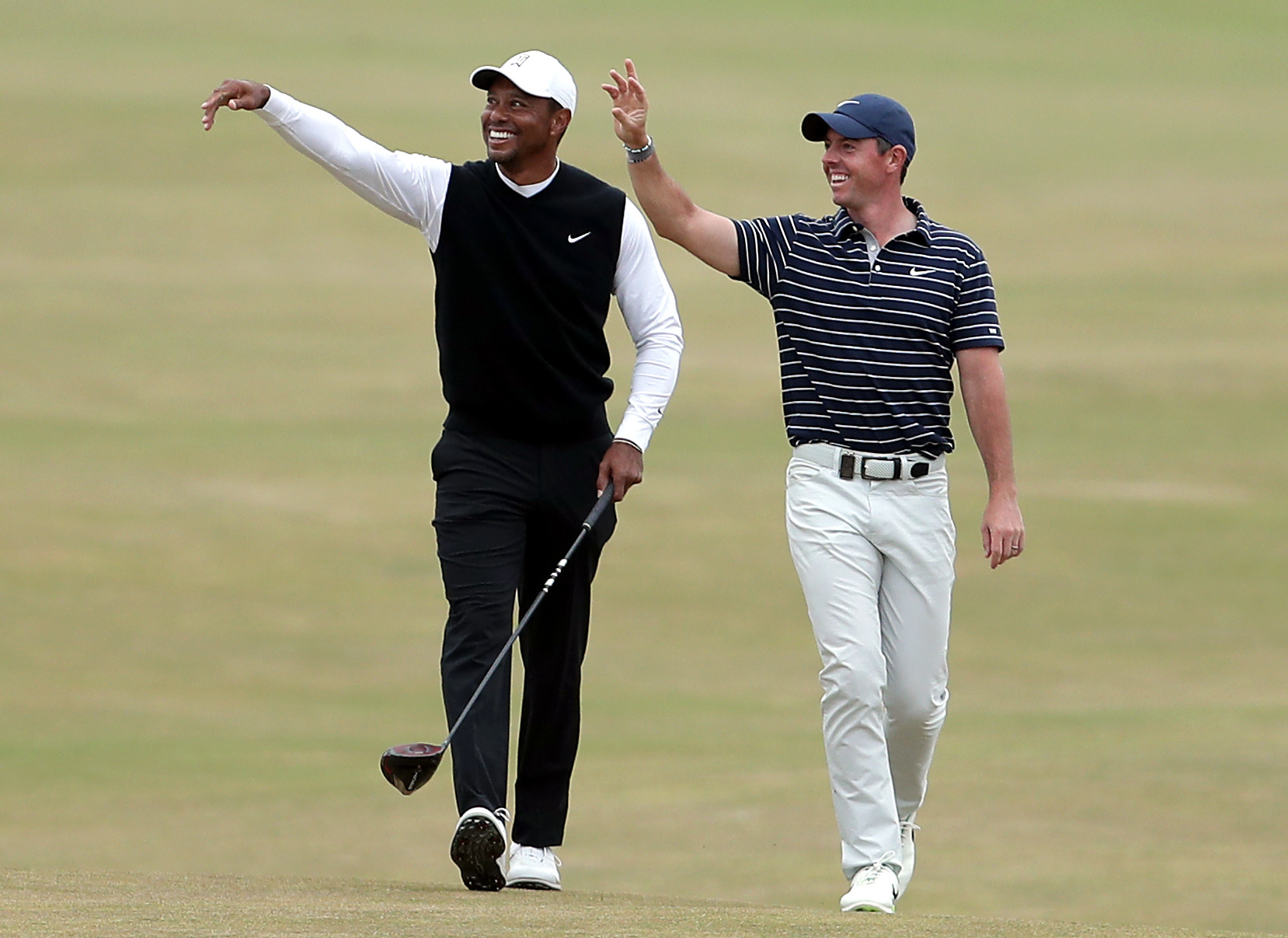 The 18-hole contests, starting in January 2024, will take just two hours to complete.

Woods started just three tournaments in 2022 – he withdrew from the US PGA Championship after three rounds – as he understandably struggled physically following the car crash in February last year which he said almost resulted in his right leg being amputated.

The 46-year-old concedes he will never play a full tournament schedule again and McIlroy was asked if the new indoor league would be the best use of his limited time.

“But to be able to see him still showcase his skills on primetime TV, without really any wear and tear on his body, I think to be able to see Tiger hit golf shots and still sort of provide people with a glimpse of his genius, I think it is a really good use of his time.”

TMRW Sports CEO and co-founder Mike McCarley outlined some details of how the “golf” will be played.

“For the fans, think sitting courtside at an NBA game. It’s that type of environment, music, player introductions,” he said. “You’re right on top of the action as a fan. You see everything play out in front of you.

“To orient yourself from a golf standpoint, you see the drives and approach shots go into the screen. It’s a commercial-sized screen, not quite the size of an IMAX screen, but pretty damned close.

“The ball will be placed in the short game area and the guys play out from there.”