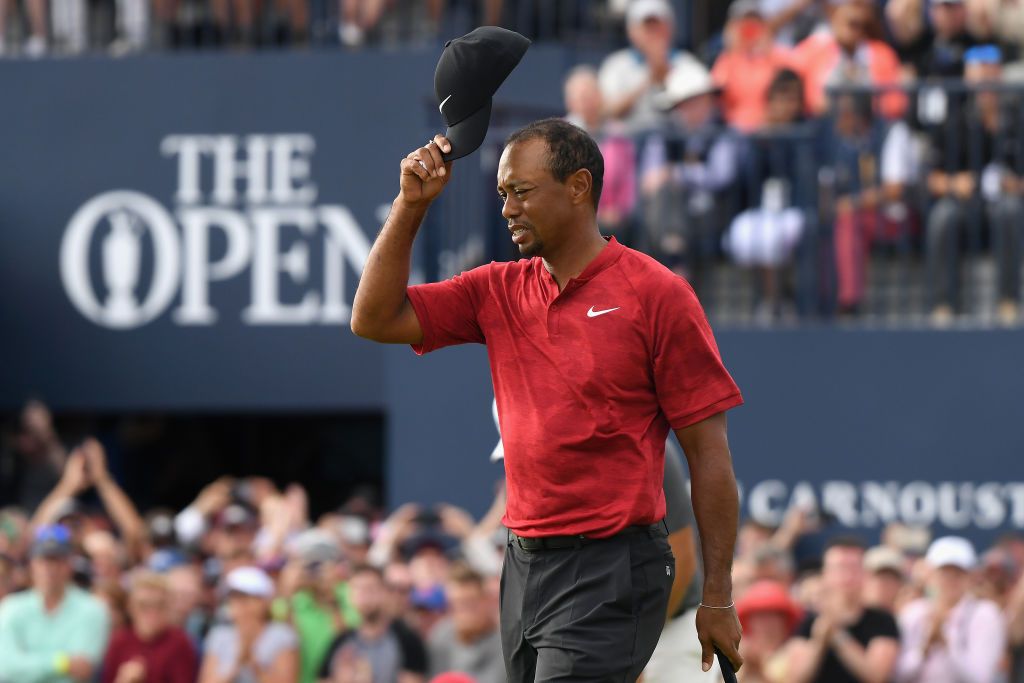 Tiger Woods admitted he was “ticked off” about letting a one-shot lead at the Open Championship slip as he narrowly missed out on a long-awaited 15th major title.

Woods was momentarily in the lead at seven-under par on Sunday at Carnoustie before a double bogey on 11 derailed his bid for a first major win in 10 years, Italy’s Francesco Molinari eventually claiming the claret jug.

With his career interrupted by personal problems and injury, the 42-year old Woods has not won a major since the 2008 US Open.

“I had a great opportunity,” said Woods, who shot a 71 to finish three shots back of Molinari in a tie for sixth place.

What a ride that was! Good to have you back @TigerWoods #TheOpen pic.twitter.com/brRUFfo8xi

A sparkling round of five-under-par 66 on Saturday, and two early birdies on Sunday saw Woods in pole position at a major for the first time in years.

But with a delirious crowd roaring him on, Woods failed to capitalise when he made a double-bogey six after finding the rough off the tee on the 11th.

“I’m a little ticked off at myself for sure,” said Woods. “I had a chance starting that back nine to do something, and I didn’t do it.

“I know it’s going to sting for a little bit here, but given where I was to where I am now, I feel blessed,” he added.

“It felt great to be a part of the mix and build my way into the championship. It was a blast.

“I was saying earlier that I need to try and keep it in perspective because, at the beginning of the year, if they’d have said you’re playing the Open Championship I would have said I’d be very lucky to do that.”