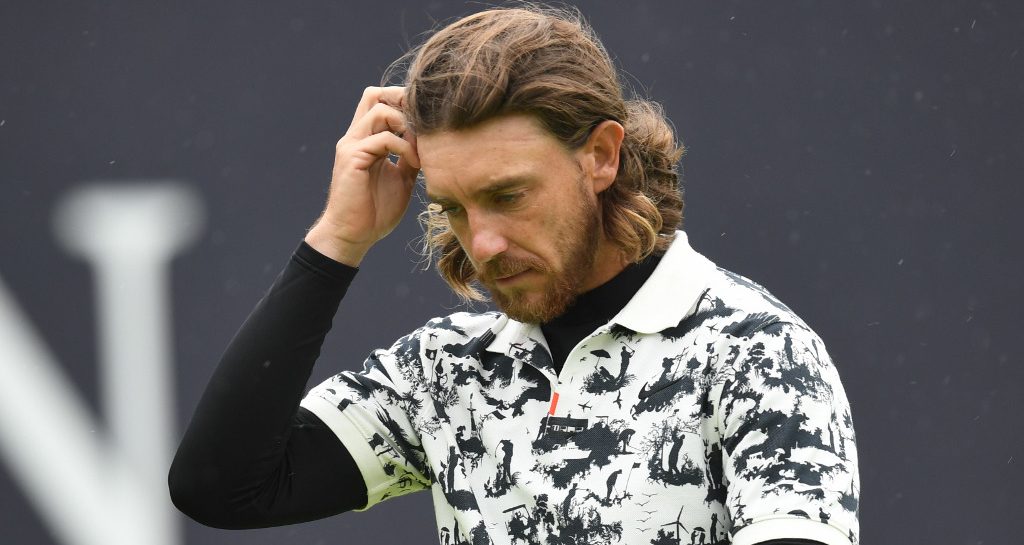 Tommy Fleetwood admitted it hurt to miss out on a chance to win the Open Championship, as it’s always been his dream.

The Englishman finished a full six strokes behind winner Shane Lowry as he failed to make any inroads into the Irishman’s lead in the horrendous conditions.

Fleetwood’s best chance to apply some pressure was right at the start of the round before the bad weather arrived, after an early bogey from Lowry left him just three strokes clear.

But it wasn’t to be for the 28-year-old, who failed to take a couple of chances that came his way.

“If I could pick one event it would be The Open. It’s my dream, and it always will be and you’re teeing off in the last group on Sunday with a very, very good chance,” said Fleetwood.

“It feels a lot rougher finishing when you feel like you’ve come so close to what you’ve dreamt as a kid.”

Fleetwood was still in with an outside chance of forcing a different result on the back-nine, when he four shots back with six to play, but a double bogey at the 14th finally put an end to his dream.

“Them first few holes, when you start four back are pretty crucial. I didn’t do a good enough job of sort of pressing at that point,” he added.

“Struggled in the middle and four back with six to go and still in it, but 14 was a killer blow.”

Fleetwood could only play tribute to Lowry’s performance on Sunday, as he handled the conditions and pressure as well as any of the frontrunners to clinch his first major title.

“When we got on to eight, nine, 10, just shocking, shocking weather. It was really, really difficult. I made a par on nine that felt like a birdie,” said Fleetwood.

“It was just tough. I think everybody would have got to a point and start going backwards.

“When the winds are like that on a links course, it plays hard, that’s just the way it is. You’ve got to do your bit.

“I think that makes Shane’s round of one-over even more impressive, controlling the day like he did.”