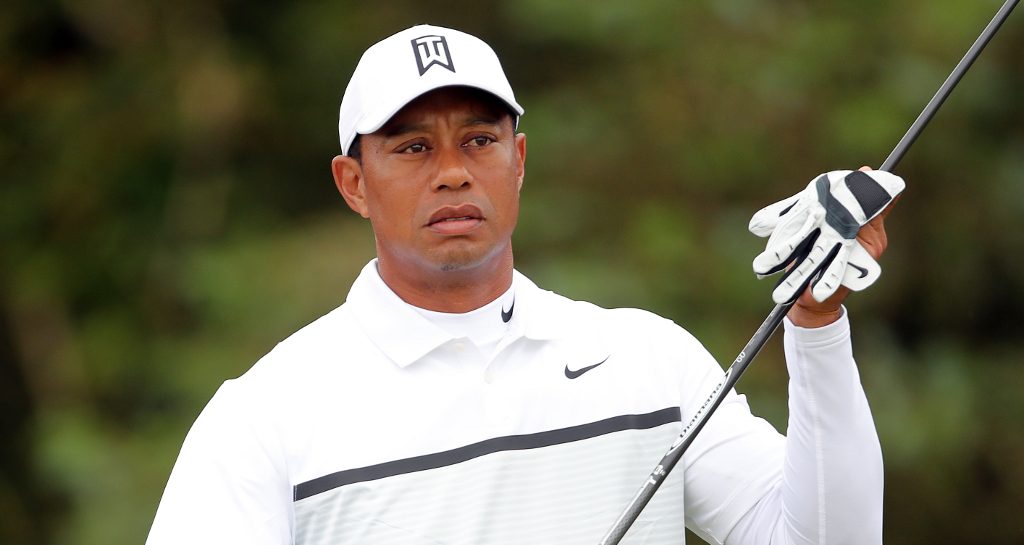 Tiger Woods was as brutally honest about the state of his game as he’s ever been after his missed cut at The Open, but made it clear he’s not done winning tournaments either.

Woods was never a factor at Royal Portrush this week, with an opening 78 all but sealing his fate on day one.

A second-round 70 was much improved, but it wasn’t enough to keep him around for the weekend.

Another birdie for @TigerWoods.

It was just the second time in his career he’s missed multiple cuts at majors in the same season, and it continued the trend of Woods not playing all that well since that remarkable Masters win, if he plays at all.

Afterwards, Woods made it clear he’ll never be the kind of consistent performer he was a decade ago.

“It’s just a matter of being consistent. That’s one of the hardest things to accept as an older athlete is that you’re not going to be as consistent as you were at 23,” Woods said.

“I’m going to have my hot weeks. I’m going to be there in contention with a chance to win – and I will win tournaments.

“But there are times when I’m just not going to be there and that wasn’t the case 20-some-odd years ago.

“I had a different body and I was able to be a little bit more consistent.”

Despite the tough talk, it’s clear the competitive fire remains, and while Woods admits his body no longer allows him to play as freely as he once did, it’s not all bad news.

The hard work Woods put in with his physios to strengthen his body to the point where he could go out and compete again did result in a stunning major victory.

Yesterday I got to see first hand the importance of @TigerWoods to the game of golf… an empty range @TheOpen in pouring rain, one man alone practicing on a Wednesday afternoon and just a "few" fans watching… incredible really. Absolute privilege to witness. pic.twitter.com/EMkOCN16Aw

And one out of four certainly isn’t bad.

“I love just the stress of playing in a major,” he said.

“Unfortunately, I’ve only had a chance to win one of them and was able to do it but the other three I didn’t do very well.

“Let’s be honest, I don’t have the flexibility I used to have and never will. So I have to make certain adaptations.

“I just have to continue doing what I’m doing. I’ve gotten so much stronger over the past year working with my physios and trying to get my body organised so that I can play at a high level.

“It panned out; I won a major championship this year.”