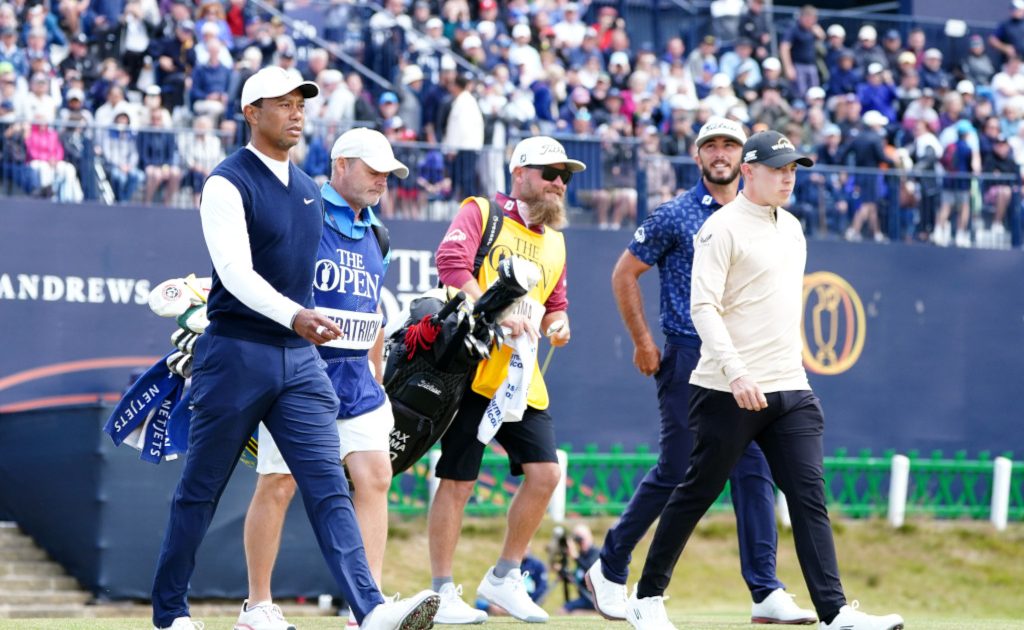 Matt Fitzpatrick revealed he had goosebumps as he got a close-up view of Tiger Woods’ emotional walk up to the 18th green at St Andrews on Friday.

Woods fought back the tears crossing the Swilcan Bridge as he received a standing ovation immediately prior to concluding his second round at the Open.

The 15-time major winner, 46, was potentially making that walk for the final time in a St Andrews Open after missing the cut this week and the significance was not lost on Fitzpatrick.

“It was amazing,” said the US Open champion, who played alongside Woods in the first and second rounds. “It gave me goosebumps.

“Just looking around, seeing everyone stood up and giving him a standing ovation coming down 18, it was incredible. It’s something that will live with me forever, for sure.

“It’s thoroughly deserved and I think towards the end of it, you could see he was a little bit emotional as well. It was a big deal.”

Fitzpatrick and the third player in their group, Max Homa, respectfully dropped back to allow Woods to walk ahead of them and soak up the applause on the final fairway.

“I’ve seen that with other players that have done it up here before,” Fitzpatrick said. “Max gave me a little bit… he was like, ‘You were a little bit close’. I’m like, ‘Was I?’

“I was panicking! No, we’re all good. We knew what we were doing.”

Fitzpatrick mostly shut out the noise surrounding Woods and his large following to power into contention for a second-successive major win with a second-round 66.

Despite that, he admitted playing alongside Woods for two days had taken some getting used to.

The 27-year-old said: “You’ve got to get your head around where everyone is and who’s marshalling what because he’s got his own marshals.

“I had a go at one guy and he gave me some chat back saying he works with Tiger, to which I didn’t know what to say.

“That was a bit strange but after that, today just becomes playing like any other round really.”

Fitzpatrick, six under heading into the weekend, has been buoyed by his success at Brookline last month.

He said: “It’s just given me that extra confidence. I feel different. I can compete and I can win.”