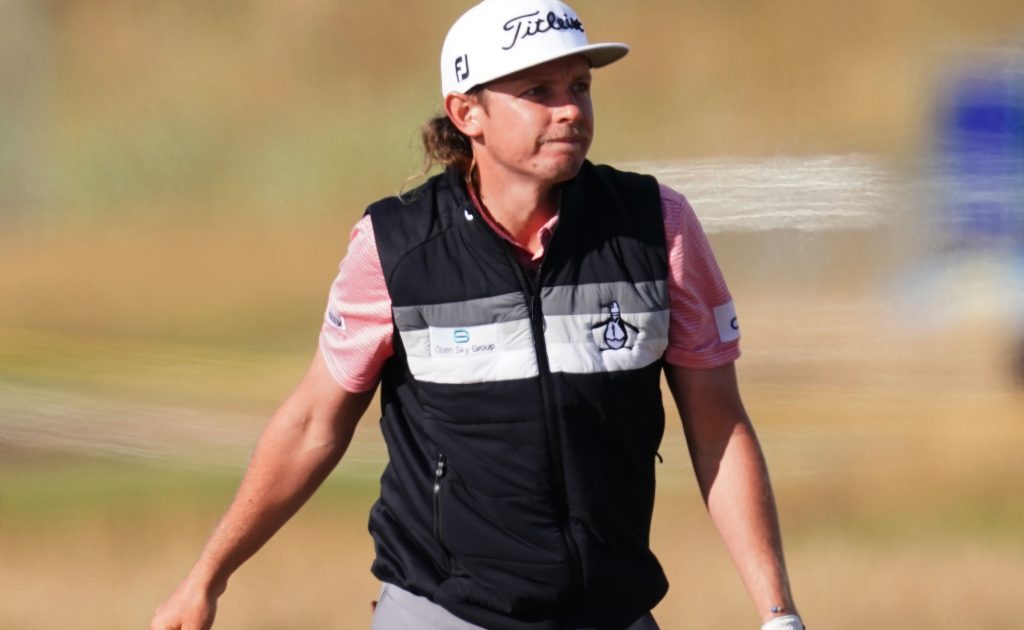 After an emotional Woods made an early exit from almost certainly his last competitive appearance on the Old Course, Smith carded a flawless 64 for a 13-under-par halfway total of 131.

That surpassed the previous best for an Open at St Andrews – set by Nick Faldo and Greg Norman in 1990 and matched by Louis Oosthuizen in 2010 – by a shot and gave Smith a two-shot lead over Cameron Young, with McIlroy and Ryder Cup team-mate Viktor Hovland a shot further back.

Smith birdied his first three holes, picked up three more around the turn and then holed from 60 feet for an eagle on the 14th to raise the prospect of equalling the lowest round in men’s major history, Branden Grace’s 62 at Royal Birkdale in 2017.

And although he was unable to make any further gains, the 28-year-old from Brisbane still occupied top spot on a leaderboard packed with world-class players.

“That was pretty cool out there,” a typically understated Smith said. ” A lot of things went right but to do it here was awesome.”

Young added a 69 to his opening 64, while McIlroy found himself six off the pace after covering the front nine in 35, but started for home with three birdies in a row and picked up another on the 17th to return a 68 marred only by a three-putt par on the last.

Norway’s Hovland was having a mixed back nine, which included two birdies, two bogeys and a par when he reached the 455-yard 16th. Having driven into the right rough he was faced with a 139-yard approach but landed it perfectly, took a couple of hops forward before rolling into the hole for an eagle two – the first at the 16th this week – which boosted him to nine under.

Different day. Different Cameron. Same result. Smith birdied his first three holes, picked up three more around the turn and then holed from 60 feet for an eagle on the 14th to raise the prospect of equalling the lowest round in men’s major history, Branden Grace’s 62 at Royal Birkdale in 2017. That he had to settle for a 64, a score American Cameron Young had posted to take the first-round lead, after four successive pars coming home was no great disappointment as it gave him a two-stroke lead heading into the weekend.

The last two times Rory McIlroy was 10 under or better through two rounds of a major championship he won (2011 US Open and 2014 Open).

The 495-yard par-four 17th played as the toughest hole, yielding just six birdies all day, with 39 bogeys and nine double-bogeys or worse resulting in a scoring average of 4.35.

Mostly sunny, cloud increasing late on Saturday afternoon. Winds will be up to 10mph, with gusts between 15mph and 20mph in the afternoon.