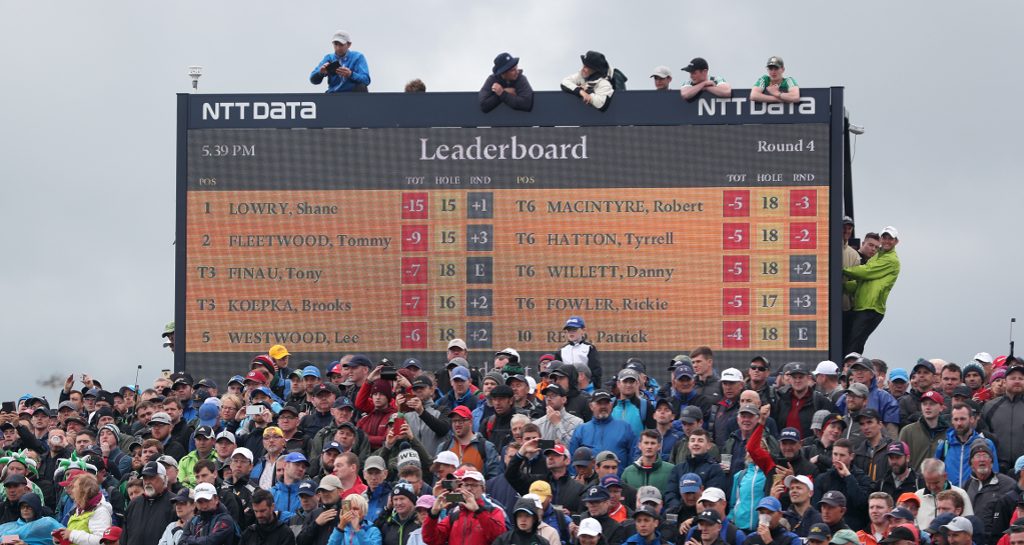 After a highly successful week for The Open Championship at Royal Portrush, the R&A are said to be considering a quick return.

This year’s championship was the first played in Northern Ireland since 1951, but it looks like the wait for a return visit could be much shorter this time around, possibly as little as five years.

Portrush native Graeme McDowell, who lobbied strongly for the championship to return to the venue this year, said he’d heard rumours about 2024 and backed any decision to get the championship back “sooner rather than later”.

“I’ve heard the whispers as well that we could be back here as soon as five years from now,” he said.

“I think with the financial commitment that Portrush have made for this, for it to get the recognition and then get back here soon, to keep that train rolling, it would be huge.

“If we have to wait another ten years, the icing might rub off between now and then. People might forget a little bit.

“Hopefully we can get back soon. It would be very, very special.”

The next three Open Championship venues have already been announced, with tickets aready on sale for next year at Royal St George’s Golf Club in Sandwich.

The 150th Open will be staged in 2021 at the Old Course, St Andrews, the home of the R&A, while Royal Liverpool Golf Club in Hoylake will host the 2022 championship.

Whether it returns to Portrush in five years’ time or not, one thing is clear: this year’s Open was an unqualified success.

“I think it’s been wonderful and I think everybody has really enjoyed it,” Darren Clarke told Sky Sports. “The golf course has been a good, fair, stern test, albeit a little softer and with not as much wind as they would have liked.

“All of the caddies and all of the players have enjoyed it. The crowds you have seen have thoroughly enjoyed it and the R&A will be very pleased. This is the Open Championship and this is the biggest and best tournament in the world.

“Everybody in the town has been really looking forward to this for a very long time and the whole place has been buzzing. All the local people have really enjoyed the excitement of having an Open Championship here.

“Hitting the opening tee shot was huge and certainly a moment I will cherish forever. I was very nervous and quite emotional, but it was a lovely way to start the week.”

So much love for the Champion Golfer of the Year #TheOpen pic.twitter.com/iReUjTMSrS

And McDowell was in full agreement.

“It’s been amazing,” he told Sky Sports. “I’m just very proud of the town and very proud of the country of Northern Ireland – I’m proud of the whole island. The people who have come to support this week have just been overwhelmingly full of good cheer and such excitement to have this great event here in Portrush and here on the island of Ireland.

“I’ve been overwhelmed with comments from players and caddies, and even TV crews, that they are saying that this is the best links course they have ever seen, it’s the best Open Championship venue they’ve ever been to.

“That’s just special for a guy that grew up here in this town. I love this place, it’s amazing. It’s the realisation of a dream to have the Open Championship come back here and to see the level of execution from everyone and to see all those fans out there and how proud they are and how excited they are.”