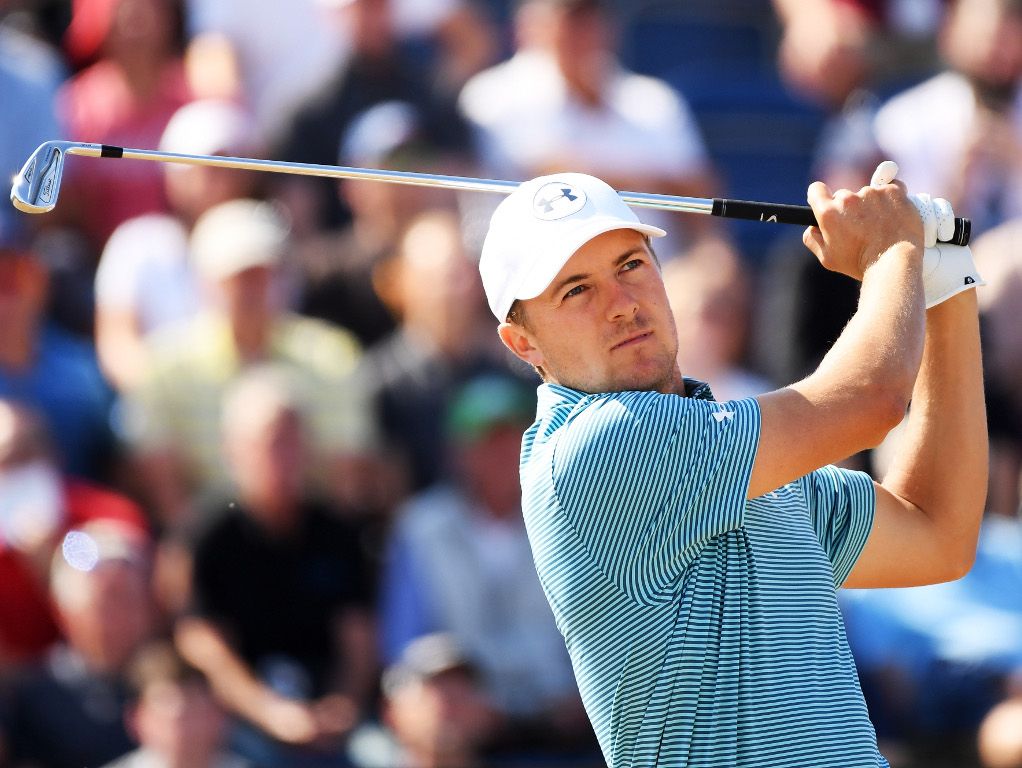 World number six Jordan Spieth let a good position slip at the back end of his opening round of The Open Championship on Thursday.

The defending champion was three under when he stepped on the 15th tee, just two shots off round one leader Kevin Kisner. But links golf can often make good scores balloon out of control, as the Texan found out.

A double bogey on the 15th was followed by two more dropped shots on the 16th and 18th saw Spieth sign for one over par 72, leaving him scratching his head.

2017 Champion Golfer of the Year @JordanSpieth carded a +1 72 in the first round at Carnoustie ⛳️ pic.twitter.com/HMMJuSwe0J

“I felt like I was really going well. I had a nice par save after driving it in the bunker at six but other than that, it was very stress-free.

“I was putting the ball where I needed to, having maybe no more than fewer feet for par on every hole. It was just a clean round of golf.

“I hit my driver really well and hit my short irons and putted pretty well but those long irons just didn’t quite hold up, and it really hurt me. However, I know what I need to work on.

“My swing just didn’t quite hold up to the end of my round and my decision making cost me too.”