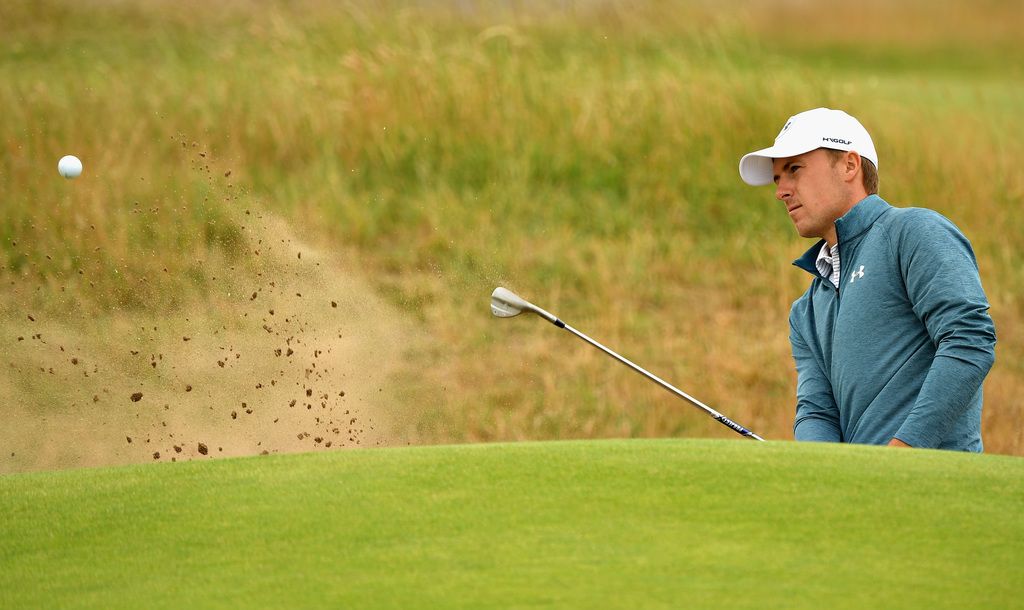 Jordan Spieth says he is keen to attempt to defend his British Open title at the hard, fast and challenging conditions at Carnoustie this week.

Last year, the 24-year-old American, won his third major when he claimed The Open title at Royal Birkdale by three shots.

Spieth, who has spent limited time out on the Carnoustie course, told media that after speaking to some of his fellow players and caddie Michael Greller he was expecting a tough challenging course this week.

“I talked to a couple of my friends and they said it’s extremely baked out,” said Spieth. “Michael said you might wear out your four or five irons off the tee instead of hitting three or two irons like you’re used to.

“And then you might kind of wear out your mid-irons, somewhere like six to nine irons if you play to the fat spots. I think a couple of longer hitters might take driver a little more because I don’t think the rough’s as bad. But I’m not sure what my strategy will be yet. I’m sure it will be up there with the firmest conditions I’ve ever seen.

“I love links golf, I very much enjoy coming over here. The firmest might have been the Open at Muirfield [in 2013], the weather was perfect that week and it baked out but there wasn’t much wind.

“So if we get wind with these kind of firm conditions, that would be certainly a treat.”

The world No. 6 added that he was hoping the weather remained good as he knew just how difficult the links course can get in bad weather.

“Hopefully we get a pretty even draw; that’s the one thing The Open can bring, you can eliminate half the field with one afternoon of bad weather Thursday or Friday, which is always disappointing to come over here and have that happen if you’re on the wrong side, obviously. Pretty nice on the right side.

“But it looks to be a normal one this year, and you’ll see guys playing this golf course very differently. You’ll see a lot of different strategies.”