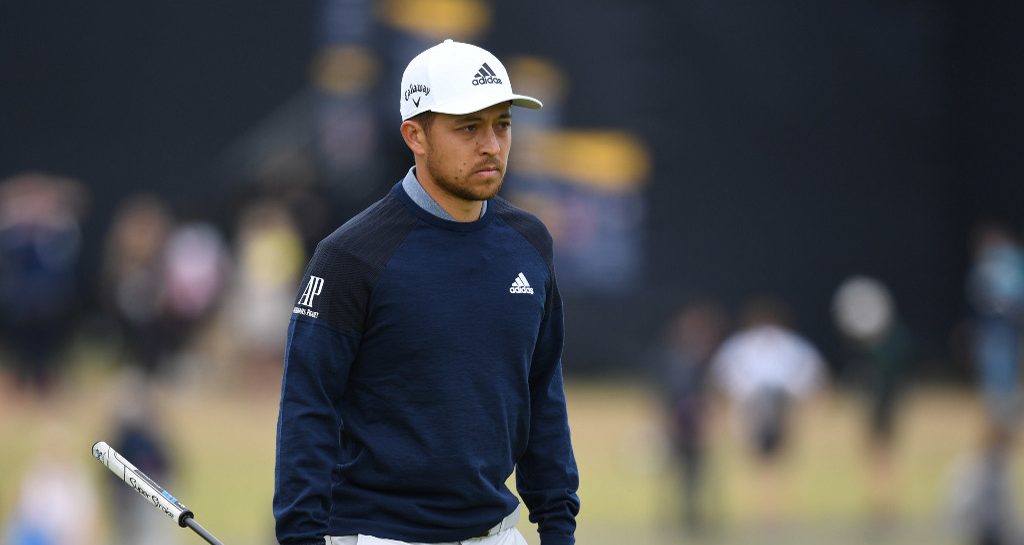 World No 11 Xander Schauffele has expressed his outrage at the R&A after his driver was deemed to be non-conforming on the eve of The Open.

Schauffele became the first player to publicly admit his equipment had failed tests introduced by the R&A last year to limit the spring effect on driver heads.

Forced to use a replacement driver, Schauffele struggled to three-over par round of 74 on Thursday, hitting just six of 14 fairways.

On Friday, however, he bounced back with a 65, one of the best rounds of the tournament, before moving to five-under par with a 69 on Saturday.

But it’s the way the R&A failed to keep the driver matter private that still has Schauffele steamed.

“The R&A, they pissed me off because they attempted to ruin my image by not keeping this matter private. This is me coming out and treating them the exact way they treated me,” said the 25-year-old.

“The R&A didn’t do their job in keeping it private. So I don’t feel like I should — I can tell you right now what happened or what I know. It is an unsettling topic.

“I’ve been called a cheater by my fellow opponents. It’s all joking, but when someone yells ‘cheater’ in front of 200 people, to me it’s not going to go down very well.”

Naturally, Schauffele believes the disruption of finding a new driver played a major role in his poor opening round.

“We’re the travelling circus. There’s certain moving parts on tour here and everyone on the grounds knew for some odd reason. So that’s enough to throw me off my game.”

While Schauffele said he had no problem giving up the non-compliant clubs, he complained that only 30 players had their equipment tested.

“I would gladly give up my driver if it’s not conforming. But there’s still 130 other players in the field that potentially have a nonconforming driver, as well,” he added.