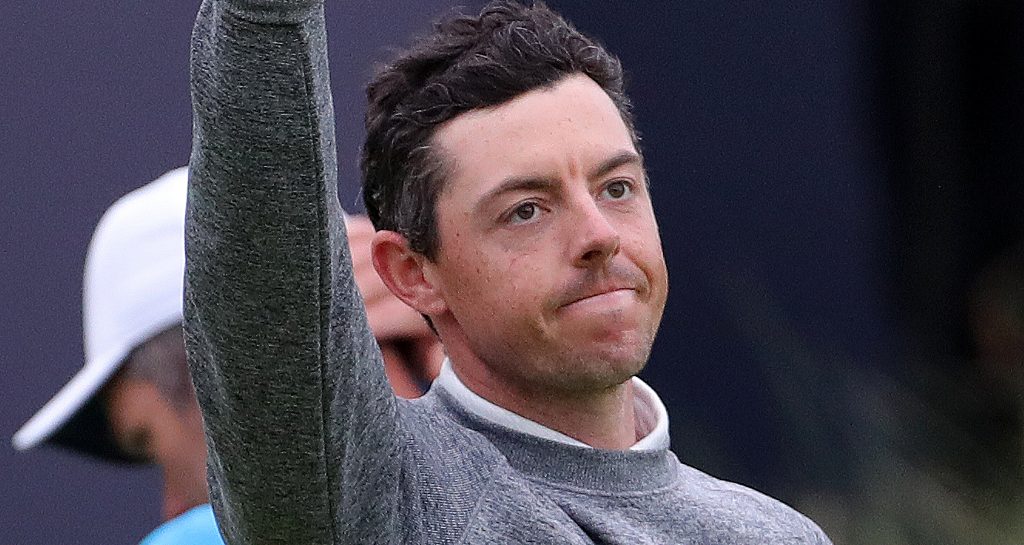 He so very nearly pulled off a remarkable escape act at The Open on Friday, but in the end Rory McIlroy left himself too much to do to make the cut.

After his disastrous opening 79 on Thursday, it seemed like McIlroy would need a minor miracle to stick around for the weekend.

But the Northern Irishman gave his home fans plenty to cheer about as he totally turned around his form in the second round.

Three birdies in a row for Rory 🔥#TheOpen pic.twitter.com/rQcANpVD7W

McIlroy put together a remarkable run, firing no less than seven birdies and making just a single bogey through 16 holes, but that left him still needing one more red number on 17 or 18 to survive the cut.

Sadly, it wasn’t to be, as McIlroy had to settle for “only” a 65, still the joint-lowest round of the tournament and a full 14 strokes better than his opening round, but not enough to keep him around for the weekend.

A valiant fightback from a great Champion @McIlroyRory #TheOpen pic.twitter.com/KpLce7Ucet

While questions over his mental approach and ability to deliver in big moments remain, it was a valiant fightback, and with the fans cheering him on right until the very last shot, McIlroy seemed visibly choked up afterwards.

“Part of me is very disappointed not to be here at the weekend,” he said before stopping to gather himself.

“Part of me is emotional but I’m happy with how I played. The support I got out there was incredible, and you could see on the back nine, if I got that momentum yesterday… I went with it today and that’s what I was planning to do all week. Yesterday gave me a big mountain to climb, but I dug in, tried my best and showed really good resilience. It’s going to hurt for a little bit.

Class is a consistent quality of elite professional golfers. It’s often because of lessons learned playing this game. Few though posses the kind of class Rory McIlroy does, he’sriddled with it. Here’s his first answer on @GolfChannel (apologies for building noise) #TheOpen pic.twitter.com/ktiq2wFdHz

“That is the good thing about golf, I have a tournament in Memphis next week so I can turn my attention to that.

“This has been a week that I’ve been looking forward to for a long time, I didn’t play my part but everyone in Northern Ireland who came out to watch me definitely played theirs.”

McIlroy’s valiant effort had several of his fellow players singing his praises.

Even as a competitor and trying to beat the guy every week, sometimes I have to step back and realize how great @McIlroyRory is for golf. How he handles the spotlight, the highs, the lows, his social life, the fans, his golf, everything.. it’s awesome to watch

“Even as a competitor and trying to beat the guy every week, sometimes I have to step back and realize how great Rory McIlroy is for golf,” tweeted Justin Thomas. “How he handles the spotlight, the highs, the lows, his social life, the fans, his golf, everything… it’s awesome to watch.”

Meanwhile, Claret Jug contender Tommy Fleetwood said McIlroy deserves plenty of credit for the way he fought back from his horror start.

“I actually think he did unbelievably well, if you think about all the pressure he’s under, to get back through that period where he quad the first, and he had a rough finish, but that middle straight – I think he probably hasn’t had the credit he deserves for doing that,” he said.

The thoughts of @McilroyRory after his valiant effort to make the cut at #TheOpen pic.twitter.com/m85mB0SEm8