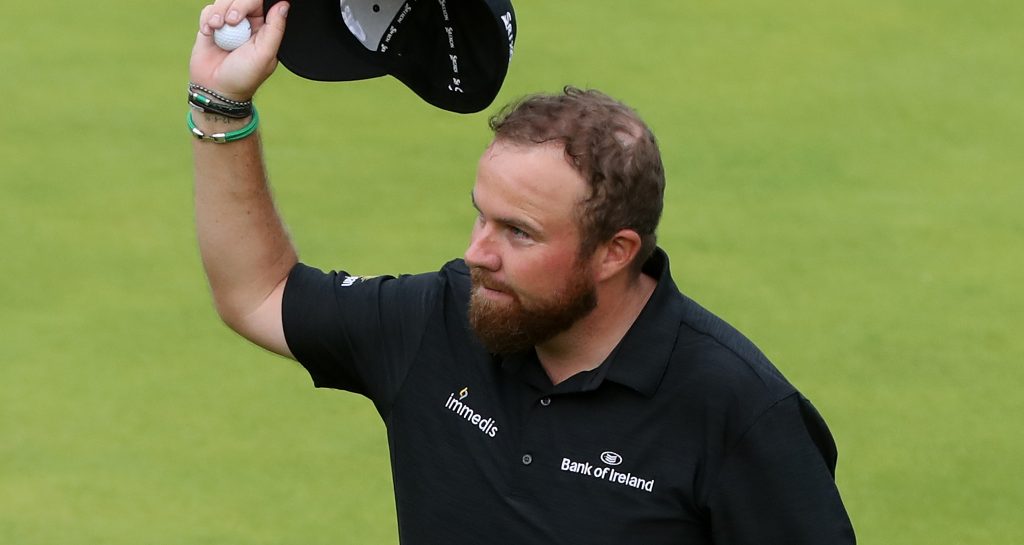 Shane Lowry produced a special performance at The Open Championship on Saturday to leave golf’s greatest names trailing in his wake.

Lowry, who has never won a major championship, started the day in a share of the lead but ended it four strokes clear after putting on a masterclass at Royal Portrush.

The bearded and burly 32-year-old from Clara, Ireland, drained eight birdies without dropping a single shot for a stunning 63, shattering the new Portrush course record by two full shots as he took his total to 16 under par – the low 54-hole record at The Open Championship.

Having battled it out with Tommy Fleetwood for most of the day, Lowry’s last three birdies came one after the other on the 15th, 16th and 17th as his lead ballooned to fairy tale-like proportions.

It was a performance that wasn’t lost on the Portrush crowd, who gave him a fantastic ovation as he made his way up the 18th.

Second-placed Fleetwood didn’t put a foot wrong all day, firing five birdies in a bogey-free 66, but in the face of Lowry’s heroics it was only good enough to leave him four strokes adrift.

As for JB Holmes, who shared the lead with Lowry overnight, a two-under-par 69 was a solid return for the American but only good enough for third place six shots back.

American Brooks Koepka threatened to make a charge, but a couple of back-nine bogeys pegged him back. He signed for a 67 to finish alongside Justin Rose on nine under.

Rickie Fowler and Lee Westwood follow on eight under, Fowler after firing an impressive 66 and Westwood a 70 that started with three early birdies but ended with two back-nine bogeys.

While all of these players are still technically in with a chance of victory, it’s all up to Lowry on Sunday, as the Irishman is far enough ahead to control his own destiny, providing he avoids any serious mistakes.

What a great round by @ShaneLowryGolf. Shooting the low score of the week when going out with the lead. Course record. He has created so many winning options for himself in the final round. @TheOpen

“I’m still a bit fuzzy. I just really enjoyed today. Obviously I played great golf, the crowd were incredible and I just felt so comfortable. I know there’s a tough 24 hours ahead of me but there’s no where I’d rather be,” Lowry said after his round.

“I said to my caddie walking off 17 that the next half an hour, we might never experience it again so let’s enjoy it.

“It was one of the most incredible days of my life.

“I hope I am going to be able to deal with it but I think I’m ready for it.”

This smile that says it all #TheOpen pic.twitter.com/bxBHIGYyWj

Lowry won’t have to wait very long to find out. Sunday’s tee times have been moved forward due to a bad weather forecast. The first tee time will be at 7:32am local time with the leaders beginning their final round at 1.47pm.