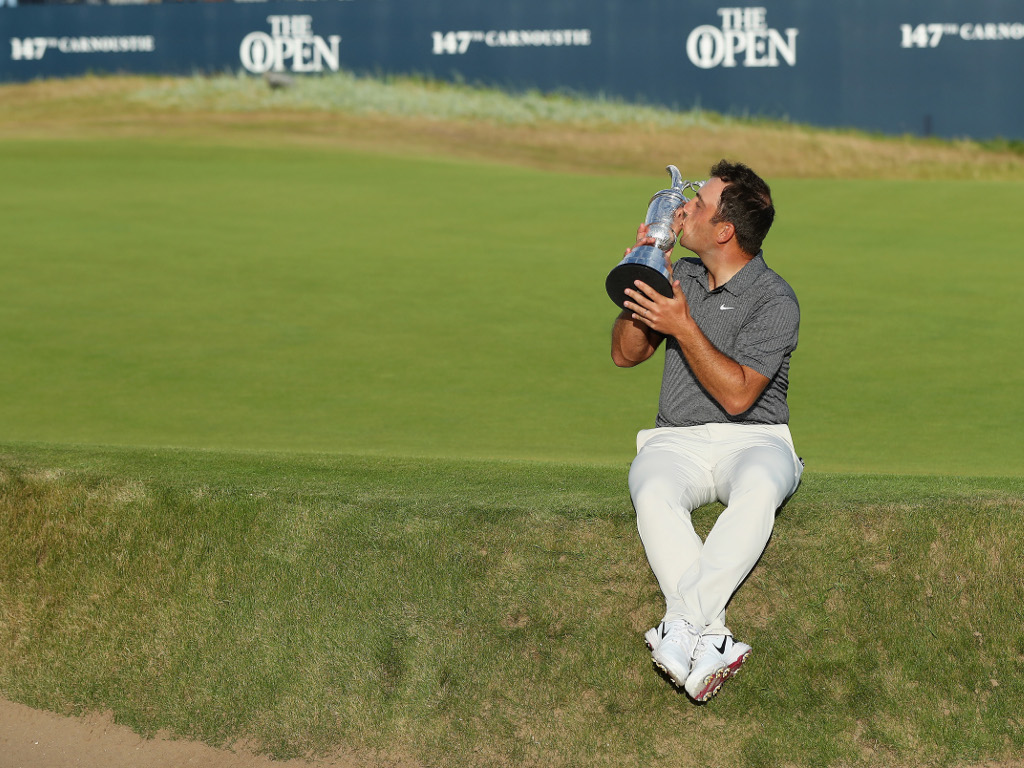 Francesco Molinari is the toast of Italy after securing the country’s first ever major title with his victory in the Open Championship on Sunday.

Molinari fired a steady two-under final round of 69 in windy conditions as challenges from Tiger Woods, defending champion Jordan Spieth, and Rory McIlroy either faded or failed to materialise.

It marked a superb end to the tournament for Molinari, who went bogey free over the last 36 holes at Carnoustie, one of the most feared venues on the Open roster.

The result was all the more impressive as Molinari was playing alongside Tiger Woods and the circus that accompanies the 14-time major champion.

Although golf fans were quick to point out that it wasn’t the first time the Italian had been in the same group as Woods at a major.

These pictures from the '06 Masters of Molinari caddying against Tiger (and Stevie!) are priceless pic.twitter.com/Hb39YHuuoH

The win was extremely popular among Molinari’s fellow professionals, who rushed to congratulate him on social media.

What a round by @F_Molinari. Played with him Thursday-Friday, not surprised! Guy is the hottest player on the planet currently. Bogey free out there today is a championship round

Grande no, Major @F_Molinari! What a display of golf my friend! Very much deserved @TheOpen win! 1st Italian golfer to win a Major, amazing!

I can’t find words right now, but one picture would do it… #championgolferoftheyear @TheOpen @EuropeanTour pic.twitter.com/tlsJS5OHeZ

It also capped a remarkable few weeks for the 35-year old who had been in sparkling form in the weeks ahead of The Open as his recent results show.

Nobody could say they didn’t see it coming.

As for what’s next for the new Champion Golfer of the Year, fellow pro Wes Bryan revealed all in a tweet that he said quoted Molinari talking about his retirement plans during a tournament in China earlier this year.

Direct quotes from @F_Molinari earlier this season when we played together in China…..I saved it in my notes for a moment like this pic.twitter.com/RjZAiPhLNs

Exciting times ahead it seems!