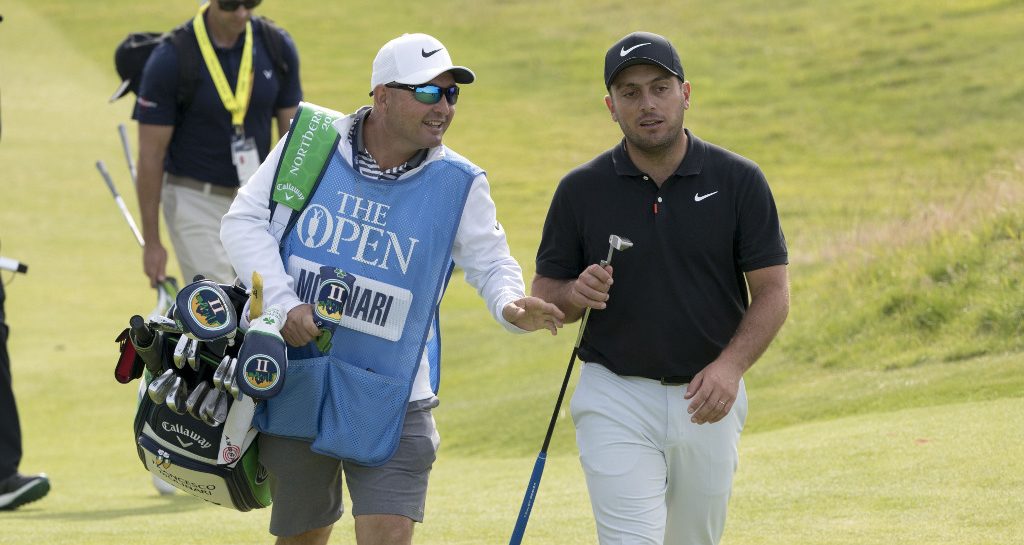 As he prepares to defend his Open Championship title at Royal Portrush this week, Francesco Molinari says he’s happy to keep a low profile.

The Italian realised his potential with a champion’s performance at Carnoustie this time last year, and then followed it up with a record-breaking role in the Ryder Cup, but it’s fair to say he doesn’t have the same kind of high profile as some of his biggest rivals.

Last golfer at The Open today?

While that’s kind of thing that has irked the likes of Brooks Koepka in recent times, don’t expect Molinari to complain about it.

“Maybe part of it is my personality, not really caring too much about being in the spotlight.”

“Part of it is being Italian. An American or British player is always going to naturally get more attention. I don’t mind that, it can only be good for myself as there is a little less pressure from the outside. I don’t mind it at all.”

Not that Molinari didn’t enjoy finally getting a taste of that level of appreciation with his performances last year.

“I enjoy the support of the crowds and at something like the Ryder Cup last year wouldn’t have been the same without the involvement of the crowd,” he said.

“Walking through the station in Paris (the day after winning back the trophy) that stays with you forever and you never forget.”

The entire train station stops to cheer the arrival of @F_Molinari as he leaves Paris 👏🏼#TeamEurope #RyderCup pic.twitter.com/LfiEmDSaP7

Molinari has only played Royal Portrush on one previous occasion. That was at the 2012 Irish Open, where he recorded a top-10 finish.

There was a special atmosphere about the place even then, Molinari felt, as he got a taste of what the home support was like when he played alongside Darren Clarke.

“I remember the first hole: people both sides of the fairway all the way to the green, rows of people. I guess it will be similar for Rory and GMac,” he said. “I think with the Open not being there for so many years it will be a great atmosphere for everyone. For the Irish people to have the Open back they’ll enjoy every single moment of it.”