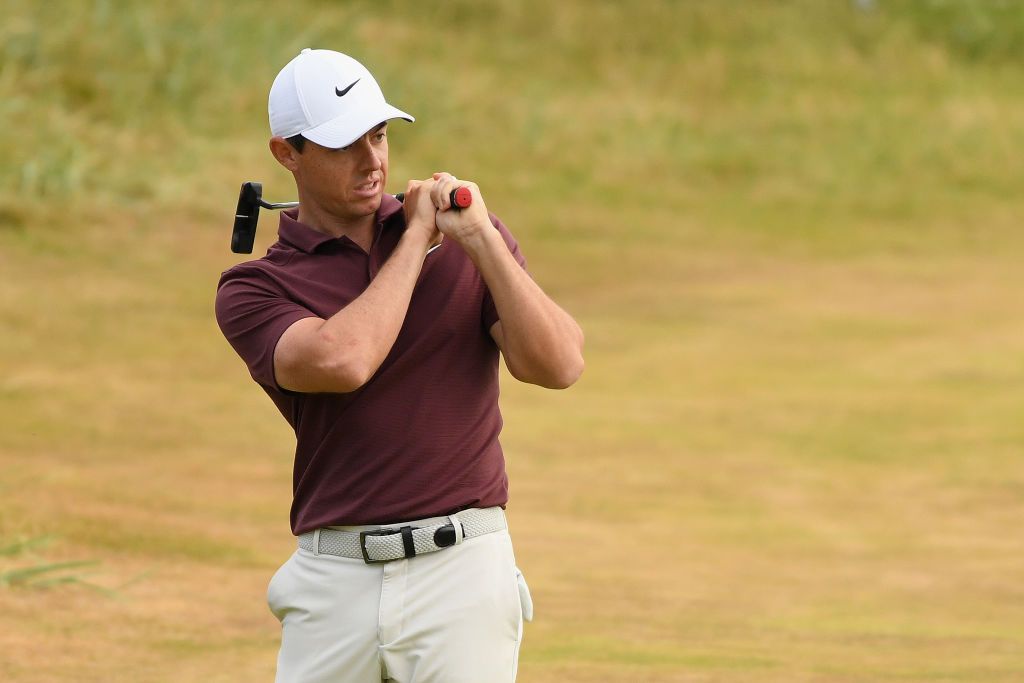 Rory McIlroy admitted that he needs a good start to his final round at Carnoustie on Sunday after two late third-round bogeys saw him slip down the leaderboard.

The Northern Irishman looked frustrated as he bogeyed two of his last three holes to slide to five under par, four shots behind joint leaders Jordan Spieth, Xander Schauffele and Kevin Kisner.

McIlroy had looked on course to finish in a stronger position with birdies at the 14th and 15th holes, but let things slip with a three-putt from off the green at 16 before an awkward lie at the 18th saw him miss the green with his third shot pitch.

The 2014 Open champion managed to get in for a bogey, but was unhappy with the end of his round – as it didn’t help his Golf betting sites in the slightest.

“I’m obviously disappointed after the way I finished, but I’m still in the tournament and I’m only a few shots behind,” said McIlroy. “I just need to get off to a fast start tomorrow. The wind is supposed to pick up a little bit, so it will make things interesting.

“I felt I did well to get to three under par for the round after 15, that was a good birdie there. And I would have taken three pars on the way in and would have been happy going two behind going into tomorrow.”

McIlroy promised to keep up his attacking approach, adding: “I’ll go out and hit a lot of drivers.”

“I felt like today the course was perfectly set up to take advantage of it and attack it. I tried to do that for the most part, but maybe my wedge play wasn’t quite as good as it should have been.

“I gave myself plenty of chances, and I just need to regroup and get ready for tomorrow.

“I’ve got a bit of experience at this, and maybe more so than some of the other guys on the leaderboard. But the leaderboard is packed with a lot of very, very good players.

“I played with Xander today and he didn’t really put a foot wrong. Obviously, Jordan had a great round, so there’s a lot of great players up there around the lead.

“The only good thing is there’s not many players in between me and the lead, it’s not that bunched. There are a lot of people behind at three and four under, but between five and nine there’s only a handful of guys, which is nice.”