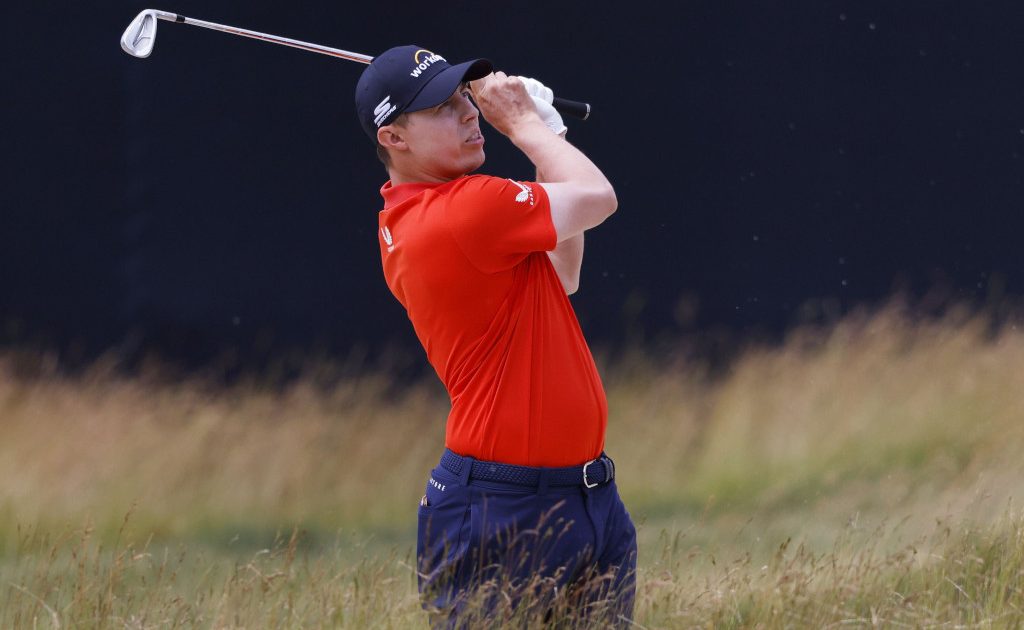 The last time Matt Fitzpatrick won a tournament at St Andrews it was witnessed by his parents and their dog.

Fourteen years later, a record crowd of 290,000 will be in attendance during the week of the 150th Open Championship as Fitzpatrick seeks back-to-back major titles following his US Open triumph last month.

“I can’t really remember it,” Fitzpatrick said of his victory in the 2008 St Andrews Boys’ Open. “There wasn’t much atmosphere. There was literally my mum, dad, and our dog watching.

“It was two rounds of stroke play, one on the Eden Course and one on the New. If you qualified then you came to play match play on the Old Course.

“I think I played three matches (to win) and then I played the following year as well. Lost in the final. Since I’ve played St Andrews in the Dunhill (Links Championship), my record’s not been so good.”

Fitzpatrick has a best finish of 15th from five appearances in the Dunhill Links, a pro-am tournament which includes two rounds on the Old Course if the player or their team make the 54-hole cut.

And the 27-year-old from Sheffield was not even in the field the last time St Andrews hosted the Open in 2015, having only turned professional 13 months earlier.

“I wouldn’t say it’s one of my favourite golf courses, but to experience it at an Open, it’s amazing,” Fitzpatrick added.

“I didn’t really watch much golf growing up. It would be Ryder Cup, the Masters, and the Open, to be honest. It was always held in high esteem when it comes to St Andrews.

“I love the area, and I think this week, with it being the Open here and my first one, I’m definitely going to enjoy it.”

Although he won the silver medal as leading amateur on his Open debut at Muirfield in 2013, Fitzpatrick’s record since in the championship turning professional is nothing to write home about, with a tie for 20th at Portrush in 2019 his best result.

“Yeah, it’s funny,” he added. “Since I turned pro, obviously we play much less links golf. I feel like I’ve got worse in the wind on a links course.

“It’s taken time just to get used to it and where to land it, how to fly it. We’re not put under that test as regularly out in regular events because either there’s no wind or it’s softer and you can just fly it to a certain spot.

“Obviously I’d like to improve on my record and I feel like I’ve been playing much, much better since the last Open that I played. It’s just trying to do more of the same this year, fix a couple things from last week and hopefully take into this week.”

Last week Fitzpatrick finished in a tie for sixth in the Genesis Scottish Open, overcoming being on the wrong side of the draw for the first two days before carding two level-par rounds of 70 over the weekend.

“I’ll be honest, I was a little bit apprehensive (about) where’s my game at?” the world number 10 said. “Links golf is quite drastically different than what we played at the US Open.

“I was pleased with the week, with the way I finished. I was kind of laughing to my friends, saying I’m just happy that I’ve still kind of got it a little bit.

“Last week I was just basically on my own. I stayed onsite and I normally like my own company, but it was a little bit boring. This week I’m staying in a house with my mom and dad, manager Ted, and the chef I had at Brookline.

“It will just be kind of the same deal of preparation and normal routines, just trying to get back to the normal routines that have been working all year, really.”