Kyle Stanley fires back at Robert MacIntyre over ‘Foregate’ 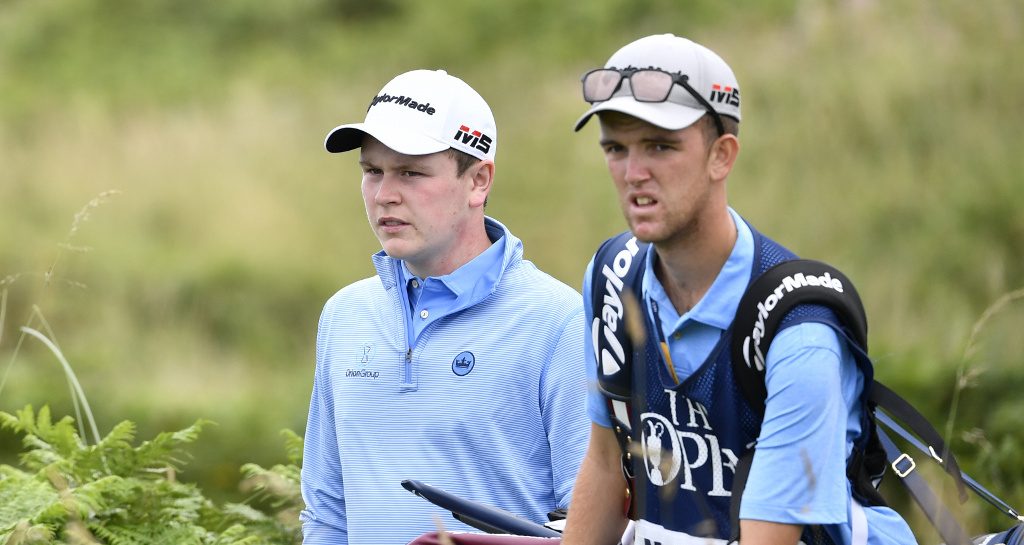 Kyle Stanley has given his side of the story after being confronted by Robert MacIntyre for not shouting ‘Fore’ during the second round of The Open on Friday.

MacIntyre made it clear he was none too pleased with Stanley, confronting him on the course and later in the media, for two incidents that resulted in two spectators getting injured.

In the first incident on the 14th hole, a marshal was hit in the leg, and in the second on the 17th, MacIntyre’s caddie Greg Milne’s mother was hit in the hand.

It was the second incident that really got MacIntyre’s back up, but Stanley admits he was puzzled by the Scot’s strong reaction – and his version of events.

“I hit a ball right on 17 yesterday,” Stanley said. “You had a hard wind off the left.

“After I hit several people on the tee box yelled “Fore.” My two playing partners, my caddie, a couple of the volunteers or the marshals, even had them signaling it was going right. I mean, everyone to the right of that ball, they knew it was coming.

“So to me it’s kind of a non-issue. I’m not really sure why he decided to make such an issue about it. I know it hit his caddie’s mum’s hand off the bounce, and that’s unfortunate. If it didn’t, I don’t think we’d be talking about it right now.

“But, as far as I’m concerned, a number of people yelled “fore.” He made the argument that since I hit the ball that it maybe should have come out of my mouth first. I guess I can see that.

“But it’s unfortunate it ended up the way it did. It certainly wasn’t my intention to put anyone in harm’s way. I had my wife in the gallery, my coaches. So I’m surprised it’s kind of come to this point.” 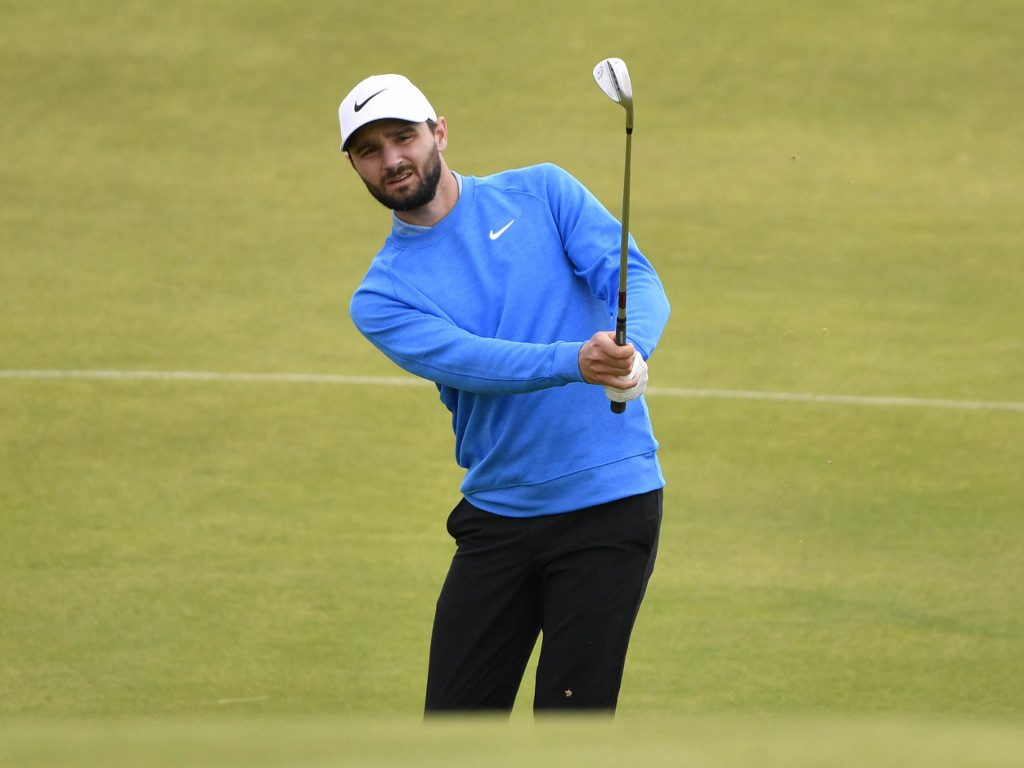 Asked if he normally shouts ‘Fore’, Stanley added: “When, I hit it off line I do.

“But this was a unique situation. You have marshals on the tee signaling where the ball is going. You have guys down there in the landing area. Everyone knew that ball was going right.

“Like I said, it’s a bad deal. But everyone knew the ball was going over there. Like I said, five or six people on the tee yelled “Fore”; my caddie did, my two playing partners, a couple of the marshals. I thought that was enough.”

MacIntyre later said he’d had “harsh words” with Stanley over the incident, and that Stanley hadn’t reacted well.

“It wasn’t too pleasant. But you’ve got to tell him it’s not right. He didn’t take it well at all,” he said.

But Stanley tells it differently: “I wouldn’t say heated. We talked about it briefly. I was surprised. I was caught off guard that it even came up, really. I just explained to him my side of it.

“And listen, I saw what he said last night. The way things were kind of painted from his perspective wasn’t – he left out quite a few details. I wouldn’t really say that was an accurate description of what happened. They knew the ball was going over there.”

Asked what details MacIntyre had left out, Stanley said: “Like I told you, there were probably five, six, seven people on the tee box that yelled “fore.” There are also marshals signaling right. There are marshals down there in the landing area.

“I mean, it was pretty clear to me where the ball was going. I didn’t think I really needed to add to it.

“I mean, it’s not awkward for me. You know, when you talk about somebody playing within the boundaries of etiquette in golf, that’s kind of a touchy situation.

“To paint somebody in a bad light, not playing within the etiquette of the game, you’ve got to be careful when you do that. When you tell your story, you’ve got to make sure you have all the details.

“From what I read last night, he didn’t do that. He’s a young player. I’ve been out here a while. So I don’t feel the need to be schooled on the rules of golf or what to do when you hit a shot off line. So that’s kind of my perspective on it. I don’t know, maybe a good learning experience for all.

“If his issue was with me not being the first person to say “Fore,” I mean, does he have a point? Does he not have a point? That’s up to him.

“ All I know is after I hit the ball it wasn’t but a couple of seconds when several people on the tee box started shouting “Fore.

“I thought that was enough. My intention was to never do anything negative or put anybody in the gallery in harm’s way.

“I always try to be very professional about how I go about things. I don’t think what happened yesterday changes that. It was just an unfortunate situation. Certainly not my intent.”