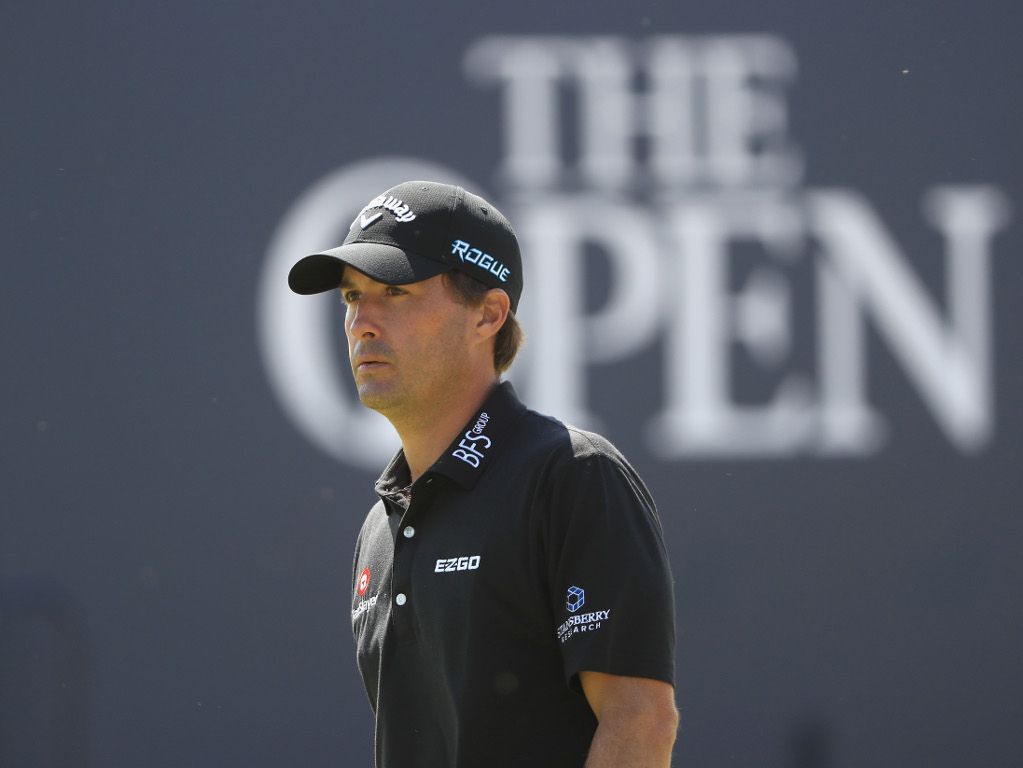 Kevin Kisner topped the leaderboard after the opening round of The 147th Open Championship on Thursday.

The American was one of the early finishers around a firm Carnoustie Golf Club, signing for a five under 66 for one stroke lead ahead of South African pair Erik van Rooyen and Zander Lombard, while Tony Finau impressed with a 67 as well.

Kisner showed the consistency needed on a course where the firm fairways saw many a teeshot roll into bunkers. After opening with a string of pars, Kisner dropped his only shot on the fifth but a booming drive and an accurate second shot on the par five sixth lead to an eagle.

More superb iron play produced three more gains before he arrived at the closing three holes, rated the most difficult closing stretch of any course on the Open rota.

Indeed, Kisner was in trouble on the 17th but saved par with brilliant 18 foot putt, then got up and down on the last to stay in front.

“The golf course is great for me,” said the world number 33 after the round.

“The conditions have been fine. Going forward, you never know what you’re going to have in Scotland.

“I know the rain is coming in tomorrow. I don’t think the rain is going to affect how the golf course is playing in one day, but I have to just keep doing what I’m doing. If I have 22 putts the next three days, I bet I’ll have a pretty good shot.

“I think I only hit four drivers all day, maybe five. I just want the ball on the fairway because it’s not an overly long golf course. Maybe five iron was the longest. I hit a hybrid into 12. You’re not going to have that many long clubs into the hole.

2017 Champion Golfer of the Year @JordanSpieth carded a +1 72 in the first round at Carnoustie ⛳️ pic.twitter.com/HMMJuSwe0J

Rory McIlroy endured a checkered round but will be content with his two under 69, tied with favourites Jon Rahm and Justin Thomas. One shot behind them is Rickie Fowler who birdied the 18th to get into red figures.

Defending champion Jordan Spieth struggled with irons and would sign for a one over 72. The American was three under when he stepped on the 15th tee, but double bogeyed that and dropped shots on the 16th and the last to fall behind.

Former world number one Tiger Woods, playing in his first Open since missing the cut in 2015, rolled in three birdies but carded three bogeys for a even par 71, five off the pace.