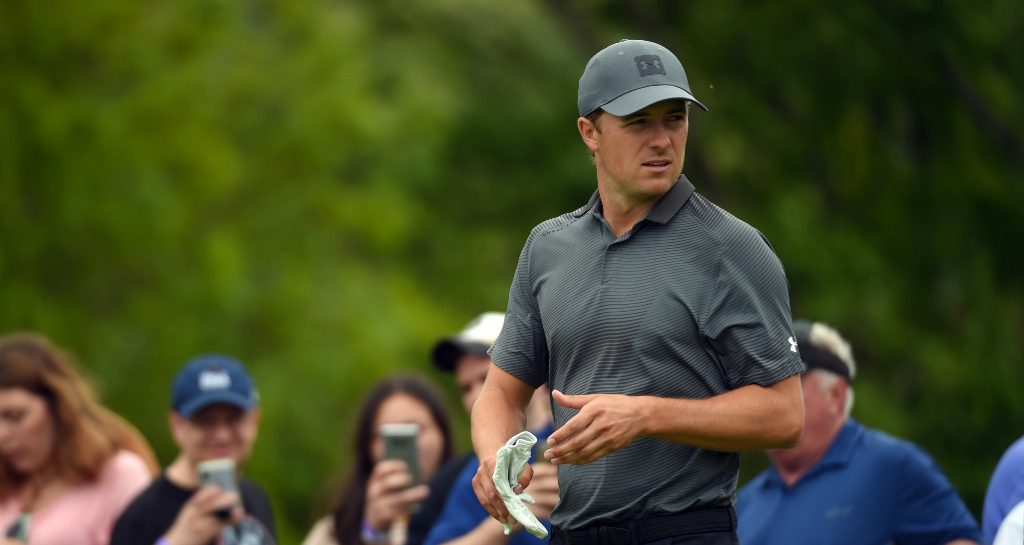 Jordan Spieth cuts a conflicted figure these days as the Texan ponders his win drought.

The last time Spieth enjoyed Sunday silverware was at Royal Birkdale in 2017, where a tumultuous final round lead to him beating Matt Kuchar to the Claret Jug. It was his third major triumph in as many years and his confidence was flying high.

When asked where is game was at his press conference ahead of The Open Championship at Royal Portrush, his answer did not inspire his fans.

“Not anywhere near where I want it to be,” quipped the 25-year-old.

The players have been loving the sunshine at #TheOpen on Practice Day 3 ⛳️ Watch the full story here 👉 https://t.co/AcFYsWri4x #TheOpen pic.twitter.com/Jb2IhVHhpt

But that does not necessarily put him out of contention this week. Last year, he was in the mix for two of the majors. His 64 in the final round of the Masters saw him finish two strokes behind winner Patrick Reed and at The Open, he started in the final pairing but finished four behind eventual champion Francesco Molinari.

All this despite not playing his best golf…

“If you put yourself in position enough times, the bounces go your way, sometimes they don’t,” the world number 32 continued.

“And that’s not just me not believing in myself, that’s just legitimately, mechanically, how I felt through my swings. It just wasn’t good compared to when I was on.”

Only time will tell which Spieth has landed on Northern Irish shores this week.

Jordan Spieth The Majors The Open