John Daly refused cart for Open, then gets hospitalised for spider bite 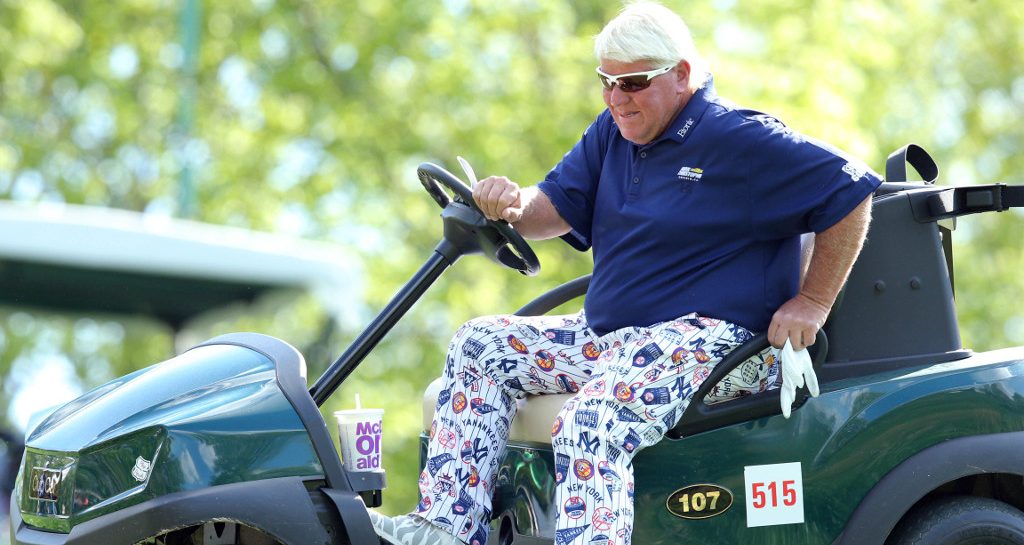 It’s safe to say it hasn’t been the best couple of days for John Daly.

The two-time major champion was first hit with the news that the R&A had turned down his request to use a golf cart for next week’s Open at Royal Portrush.

While Daly was given the green light to use a buggy at the PGA Championship this past May due to degenerative arthritis in his right knee that prevents him from walking more than six holes at a time, his plea fell on deaf ears on the other side of the Atlantic.

“We appreciate the difficulty John is facing and have full sympathy for him as this is clearly a serious, long-term condition,” golf’s ruling body said in a statement.

“Having considered all of the relevant factors, the Championship Committee has decided to decline his request.

“We believe that walking the course is an integral part of the Championship and is central to the tradition of links golf which is synonymous with The Open.

“We must also ensure that, as far as possible, the challenge is the same for all players in the field.”

Daly took to social media to express his disappointment at the decision, but said he will still head to Portrush and give it a go.

“While I trust the R&A’s decision was made with good intentions, I could not disagree more with their conclusions,” said the American.

As if that wasn’t bad enough news for Daly, he revealed shortly afterwards that he had been rushed to hospital while on holiday due to a spider bite, which then became infected, resulting in severe abdominal pain.

“Was in England last wk & incurred a spider bite, not really knowing it,” Daly wrote on Facebook.

“Fast forward to Friday, mouth/mouth, compressions & unknowingly now in an ambulance rushed to ER all while on family vacation & straight into surgery! Removing what developed into a major infection in my abdominal area & treated for early sepsis all from a brown recluse!

“Not just knee pain now abdominal pain but prayers to the big man above I’m alive! Spiders are NO JOKE!”

No word yet if Daly has approached the R&A to see if golf carts are allowed in the case of severely infected spider bites, but something tells us he’s still out of luck.