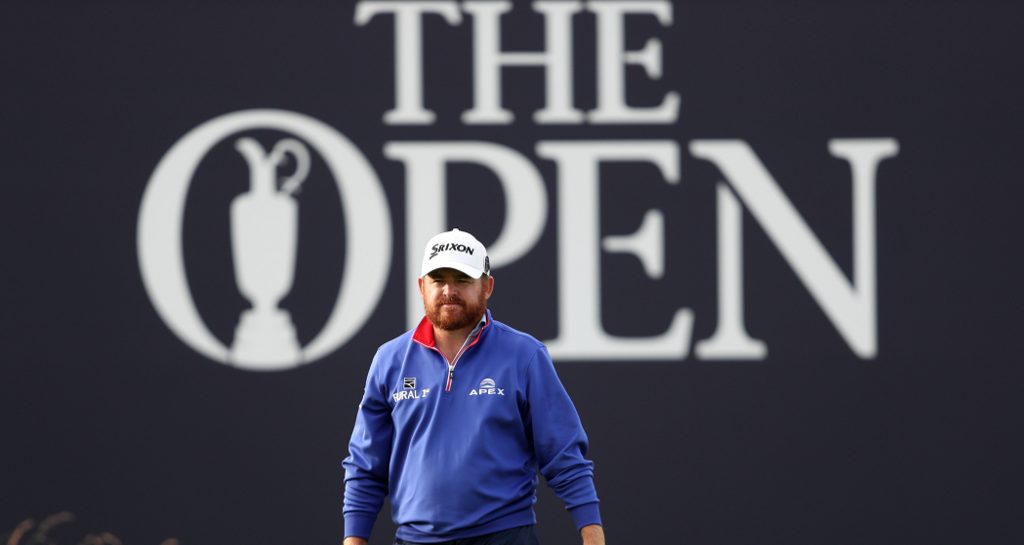 A closing birdie handed JB Holmes a one-shot lead over Shane Lowry at the Open Championship on Thursday, but red-hot World No 1 Brooks Koepka is right behind them.

On a day at Royal Portrush that started with sunny skies but turned wet and windy later on, Irishman Lowry’s clubhouse target of four-under-par 67 looked good enough for at least a share of the lead until three back-nine birdies from Holmes – including a superb closing three at the par-4 18th – saw the American sign for a superb 66 and grab a one-shot lead late in the evening.

.@JBHolmesgolf birdies the last to tie for the lead #TheOpen

Holmes, who returned to the winner’s circle at the Genesis Open earlier this year after nearly four years without a victory, had to deal with the worst of the conditions, but he knows it comes with the territory in links golf.

“That is the biggest part of it,” he said after his round. “You have to accept the wind, the rain and the bad bounces and accept the circumstances you are in. It is a mindset you have to get into. The rain has been much worse. I hit it really good off the tee and just played solid.”

As for Lowry, he’s been a consistent figure near the top of the leaderboard in recent months, and looked rock solid for most of his round. Had a few more putts dropped, he could have been even further ahead.

Shane Lowry is in the house with an opening-round 67 ⛳#TheOpen scores: https://t.co/iZdyqxxlbk pic.twitter.com/FfSZSUGYCq

“I gave myself lots of chances and then didn’t hole anything but then had a couple of good pars saves late on,” he said.

A whole host of players managed to shoot 68 on the day to lie one behind Lowry, including that man Koepka, who once again finds himself right in the hunt in a major tournament.

Hardly surprising, as it’s where he spends most of his time these days. Since 2017, Koepka is a combined 67 under in the majors. His nearest rival? Rickie Fowler at -30.

Best accumulative scoring in Majors since 2017:

“The goal is to peak for the majors and that’s what I do and want to continue to do,” he said.

“I didn’t shoot myself out of it so it doesn’t matter how far back I am. I am happy to leave the course at three under.”

He hardly needs it, but Koepka also has the luxury of having Portrush native Ricky Elliot on his bag this week.

“It is nice,” he said. “I don’t have to do much thinking. He has played this course a thousand times. he knows how the ball is going to behave in different conditions. That is a huge advantage.”

Also signing for a 68 on the day was New Zealander Ryan Fox, who became the first player to break 30 on the back nine in Open history, as well as Sergio Garcia, Webb Simpson, Alex Noren, Tony Finau, Jon Rahm, Lee Westwood, Tyrrell Hatton and Tommy Fleetwood – to name a few.

Justin Rose had a 69, while Rickie Fowler and Jason Day opened with a pair of 70s and Dustin Johnson a 72.

After hitting the first tee shot of the morning, Darren Clarke kept it together to shoot an impressive level-par 71, while fellow Northern Irishman Graeme McDowell is still in the picture after a 72.

Defending champion Francesco Molinari would have been hoping for better than a three-over 74, but at least he’s not Phil Mickelson, Tiger Woods or Rory McIlroy.

Lefty opened with a disappointing 76, while a clearly out-of-sorts Woods laboured to a 78.

Tiger Woods is off the first tee at Royal Portrush. Little grimace after his drive. Not good. pic.twitter.com/Fm2aotBFO7

As for McIlroy, there was no story sadder on Thursday than the Northern Irishman’s disastrous eight-over 79, which started with a quadruple-bogey eight at the first hole and never really got better from there.

David Duval’s 91 – the worst round in the Open for 69 years – came close to eclipsing it, but McIlroy’s failure to deliver in front of his home fans, and the cursed opening tee shot that started it all, seemed like a tragedy of more epic proportions.