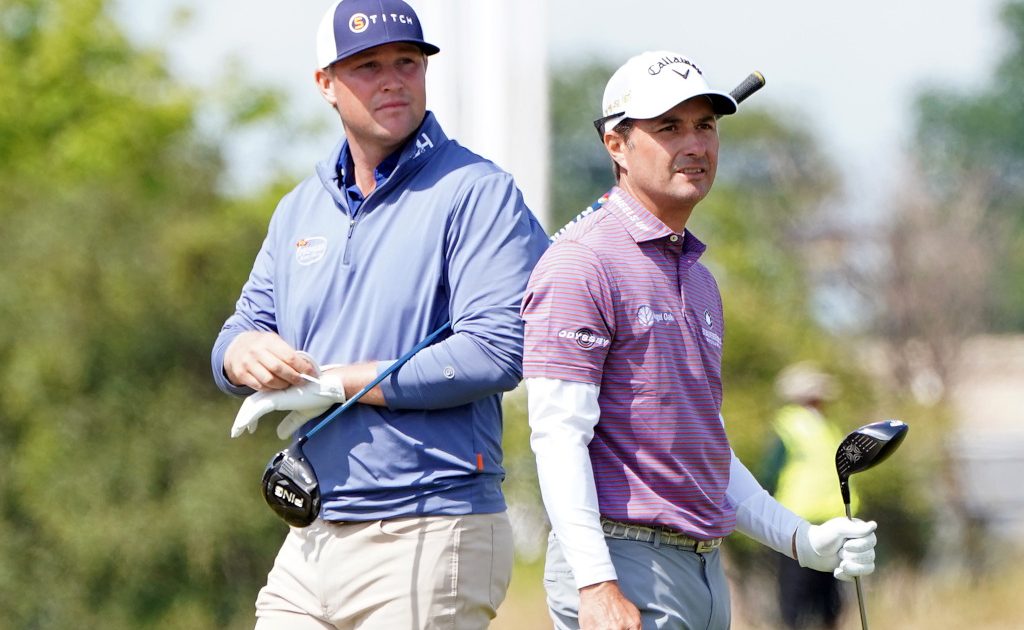 Kevin Kisner took advantage of favourable conditions to surge up the leaderboard on day three of the 150th Open Championship.

The world number 25, who made the halfway cut on the mark of level par, revelled in the sunshine and lack of wind to make six birdies in a front nine of 30, one off the record in an Open at St Andrews set by Tony Jacklin in 1970.

His luck ran out at the 351-yard 12th as he left his chip short to a wickedly placed front-pin position and it rolled back into a hollow from where he could not get up and down.

Kisner then three-putted for a disappointing par from the front edge of the 18th green to card a seven-under-par 65 and move into the top 10, although he was likely to slide down the leaderboard as the low scoring continued.

Former US Open champion Bryson DeChambeau was six under for his round and seven under par in total after 14 holes, with England’s Tommy Fleetwood also seven under thanks to four early birdies.

With 83 players making the cut England’s Richard Mansell went out alongside marker Scott Herald – one of the teaching professionals at St Andrews – in the first group at 8.35am and made an eagle on the ninth on his way to a 68.

Australia’s Cameron Smith held a two-shot lead at halfway over American Cameron Young, with Rory McIlroy and Viktor Hovland a shot further back on 10 under, with the last group not out until 3.55pm.

“I think being off late again it’s obviously going to be a bit firmer, more like the first day I would say, so I would say it’s going to be pretty brutal out there,” Smith said after posting a halfway total of 131, a new record for an Open at St Andrews.

“I think there’s going to be a few more gnarly pins, and I think being smart out there is definitely going to be the key to staying at the top of the leaderboard.

“I’ve always been a pretty good player in tough conditions. I think most Aussies are, for some reason. I think we’re all brought up to be smart golfers, hit away from the pin sometimes and that really serves us well in big tournaments and when the conditions get tough.”