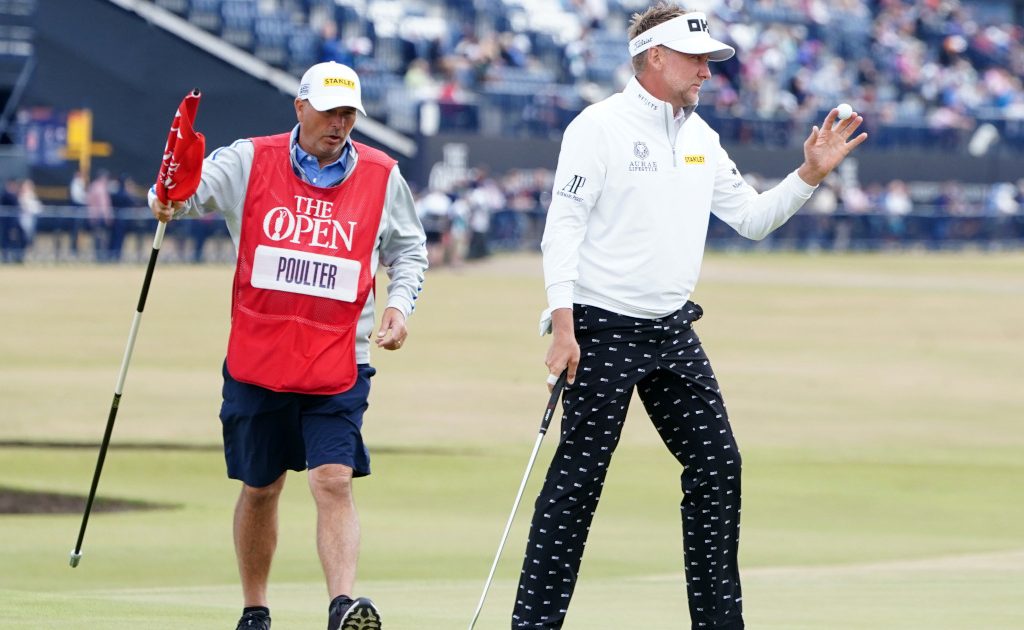 LIV Golf rebel Ian Poulter turned jeers into cheers on the first morning of the 150th Open Championship at St Andrews but there was no such joy for injured fellow Englishman Justin Rose.

Poulter, who was booed by some fans on the first tee, was playing to the galleries by the par-four ninth hole when he holed a massive 160-foot putt for the tournament’s first eagle.

Ever the showman Poulter milked the applause, standing with his hand up to his forehead peering into the distance in the direction of where his ball had disappeared into the hole.

That briefly catapulted him into a share of the lead on three under, although by the time he reached the 15th hole, not only had he dropped a shot American Cameron Young had reached the turn in five under.

Poulter’s round had begun inauspiciously as he almost missed the widest fairway in golf, pulling his mid-iron heading well left across the 18th fairway with his ball finishing just a couple of yards short of the out of bounds line which borders The Links road on the fringe of the course.

There was disappointment for his fellow Ryder Cup team-mate Rose as he was forced to pull out with a back injury just before his scheduled 8.14am tee time.

The 41-year-old had ended Wednesday’s practice round prematurely, leading to speculation he may have sustained a problem, and when he did not arrive for his scheduled slot the 26-year-old Rikuya Hoshino took his place alongside the Ryder Cup dream team pairing of Tommy Fleetwood and Francesco Molinari, the 2018 Open champion.

First reserve had been Alex Noren but he chose to go to the PGA Tour’s Barracuda Championship in California, which starts later on Thursday.

“On the 4th hole yesterday during my practice round, I made a swing with my driver and started to feel pain in my lower back,” Rose wrote in a Twitter post that was later deleted.

“I’ve been getting around the clock treatment but it just doesn’t feel ready to compete in this prestigious championship.”

Favourite this week Rory McIlroy’s bid for a first major victory in eight years began with a successful birdie putt at the opening hole from almost 60ft but he remained one under through four holes.

Britain and Ireland Walker Cup amateur Barclay Brown set the early clubhouse lead on four under after a round of 68.