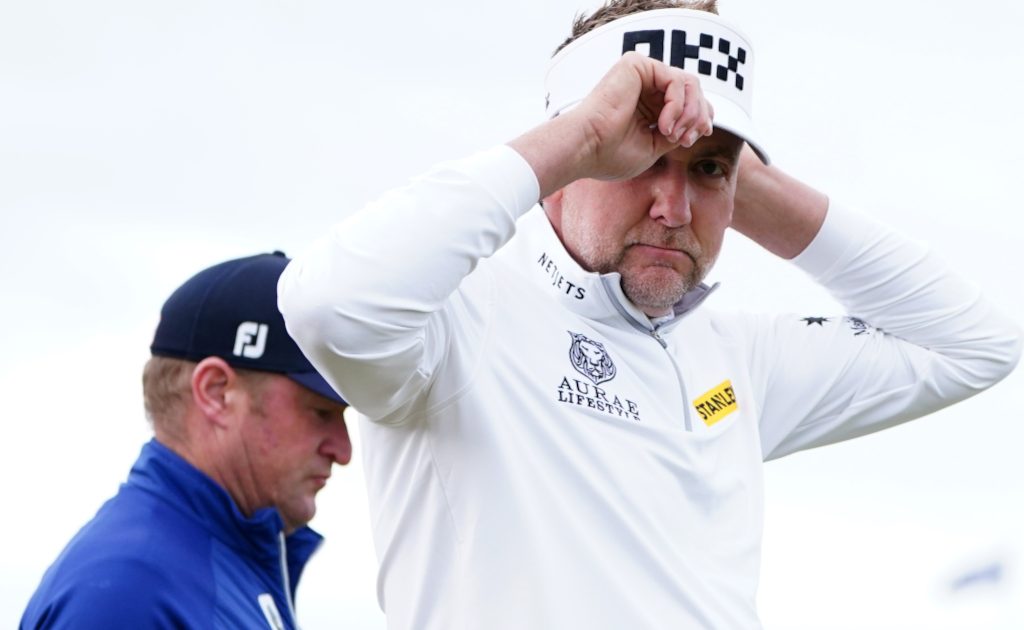 LIV Golf rebel Ian Poulter was booed on the first tee and Justin Rose pulled out with a back injury as the 150th Open Championship did not start well for Englishmen.

The 46-year-old Poulter was the first of the 24 players in the field who have signed up to the controversial Saudi-backed breakaway series to start at St Andrews on Thursday and he was greeted with some jeers.

He, at least, made the first tee. Rose pulled out just before his scheduled 8.14am tee time.

The 41-year-old had ended Wednesday’s practice round prematurely, leading to speculation he may have sustained a problem, and when he did not arrive for his scheduled slot Hoshino took his place alongside the Ryder Cup dream team pairing of Tommy Fleetwood and Francesco Molinari, the 2018 Open champion.

First reserve had been Alex Noren but he chose to go to the PGA Tour’s Barracuda Championship in California, which starts later on Thursday.

Poulter’s start to the tournament was inauspicious as he almost missed the widest fairway in golf, pulling his mid-iron heading well left across the 18th fairway with his ball finishing just a couple of yards short of the out of bounds line which borders The Links road on the fringe of the course.

He produced a good recovery, however, to make par and as he made his way down the course the mood appeared to lighten with fans greeting him cordially on the third tee.

Poulter’s fellow LIV rebels did not receive such a frosty welcome, with Phil Mickelson giving a thumbs-up to those fans who shouted ‘Let’s go Phil’.

On the eve of the tournament R&A chief executive Martin Slumbers insisted banning LIV Golf rebels from next year’s Open was “not on the agenda”, but did not rule out changing the championship’s entry criteria.

In a surprisingly strongly-worded statement before taking questions in his traditional pre-tournament press conference, Slumbers said the Saudi-funded breakaway was “entirely driven by money” and not in the “best long-term interests of the game”.

The PGA Tour has suspended members who have competed in the breakaway without permission, while the DP World Tour fined players GBP 100,000 and banned them from last week’s Genesis Scottish Open, but saw that temporarily stayed on appeal.

Last month the R&A announced LIV players who were exempt for the Open would be allowed to compete at St Andrews, following the stance taken by the USGA in relation to the US Open.

But USGA chief executive Mike Whan did admit he could foresee it becoming harder for LIV players to qualify in the future, a view echoed by Slumbers.

Out on the course the 2012 US Open champion Webb Simpson, in the first group out at 6.35am, briefly claimed the outright early lead on three under through seven holes.

However, by the 10th he had dropped back to two under where he was joined by Britain and Ireland Walker Cup amateur Barclay Brown and Lucas Herbert.

Tiger Woods, a two-time Open winner at St Andrews, was an afternoon starter alongside newly-crowned US Open champion Matt Fitzpatrick, and Max Homa.