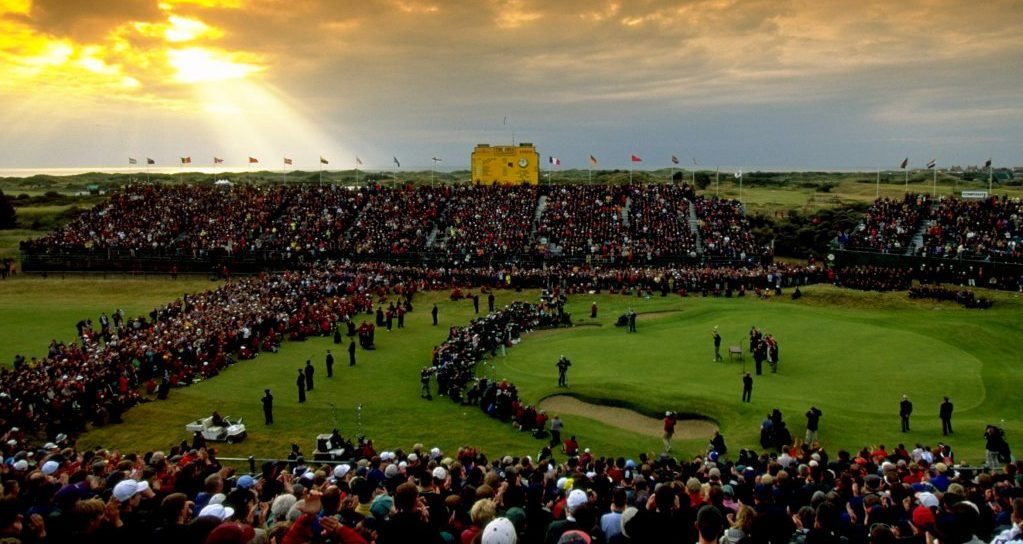 All eyes will be on Merseyside and Royal Birkdale this week when it plays host to the 146th Open Championship.

Founded 128 years ago as Birkdale Golf Club in 1889, it moved to a second site in Birkdale Hills five years later, before a distinctive art deco clubhouse was added in 1935.

Birkdale was set to host its first Open in 1940, but the Second World War intervened and the tournament was cancelled. It wouldn’t get the chance again until 14 years later.

The Hawtree family of golf course architects have worked on the course for three generations, with Frederick G. Hawtree and champion golfer J.H. Taylor largely responsible for creating the routing which works its way through the valleys between the large dunes – Birkdale’s most defining feature.

This has made the course an excellent venue for spectators, while golfers love the layout because if you play smartly you can benefit from some very favourable bounces.

And while Birkdale will also punish those golfers who are errant off the tee, players respect the course because it is so honest.

“It’s got the real classic links feel to it,” said Graeme McDowell. “It’s not tricked up; it’s just a solid, tough test, fair. You hit good shots, you get rewarded. The place is not tricked up in any way, shape or form.”

Johnny Miller, who famously won here in 1976, said: “The big thing about Birkdale is that it’s surrounded by those dunes and long grass. It’s actually pretty hard to scramble if you hit it wildly, unlike Troon or some of those other courses where you can hit it out in the car park. Birkdale, if you hit it wildly, it’s pretty penal. It doesn’t seem to have the Scottish cachet as much as a St Andrews or a Carnoustie or Muirfield or whatever. But hole-for-hole, it doesn’t have to take a back seat to any of the rotation.”

Of course, that’s one example, but there are many holes at Birkdale that can make life miserable for the players if they aren’t precise and accurate.

For the spectators, however, it makes for an enthralling spectacle at a striking venue, and we should be in for another treat when the 146th Open gets under way on Thursday.

One of the toughest holes on the course, where only an accurate tee shot will do. Out of bounds down the right makes for a very tricky shot into a small green guarded by three bunkers.

A slight dogleg left with two bunkers on the right of the fairway. The green is protected by six bunkers and rough banks. Once again very little margin for error with your tee shot.

Played in virtually the opposite direction from the second. A good tee shot will find the left side of the fairway, in order to have a clear second shot into the green. Missing the putting surface will result in a tough recovery due to the surrounding contours.

The first short hole on the course plays from an elevated tee into a large, sloping green protected by a ring of bunkers. Only a pinpoint shot will set up a realistic birdie chance.

A short dog-leg right par 4 that does provide an opportunity for adventurous players to cut the corner, although a large lake lies in wait to the right. If you decide to play around, you have to avoid seven bunkers around the green with your approach.

The most difficult hole on the course, a par-four that dog-legs right just like the fifth but measures nearly 150 yards longer.

Even if you avoid the fairway bunkers, you’re still left with a brutal second into a narrow green guarded by three bunkers and a mound to the right.

Another short hole playing from an elevated tee into a small green surrounded by seven bunkers. A challenging hole in windy conditions.

This hole used to be easier before two fairway bunkers were added ahead of the 2008 Open. The approach into a deceptive green that slopes back to front needs to be accurate. Most players will be very happy with a par here.

A dog-leg right offering a slightly easier tee shot than most on the course due to an absence of fairway bunkers, but you still want to make sure you stay away from the rough. The second shot into a small green guarded by two pot bunkers is a tricky one.

A big dog-leg left with a fairway flanked by five bunkers. A solid tee shot should set up a good chance at birdie, however, with a green offering far less pitfalls than most.

You have to find the green with your tee shot here, or risk hitting out of one of four deep bunkers surrounding the putting surface. You also don’t want to end up in the grassy banks on either side.

Once a par 5, now just a very long, challenging par 4. As many as eight fairway bunkers lie in wait, while three more guard the green. A long, accurate tee shot is a must.

Another short hole offering both risk and reward. Find the green and you’ll have a chance at birdie. Miss it and you may have to deal with one of four bunkers, or the thick, surrounding grass.

More than a dozen fairway bunkers come into play on this opening par 5, while two more guard the left and right of the green. If you manage to avoid any trouble, you could have a decent birdie chance.

This hole demands a long carry over some very rough terrain. The second shot is played into an elevated green well protected by deep bunkers and hollows.

The second and also the longest par-5 on the course. A tough hole, with two dangerous fairway bunkers very much in play and large sand dunes on either side. Three more bunkers circle a narrow green. Once again, however, accuracy will be rewarded, and it’s not impossible to make a birdie or even eagle here and make a late charge.

Not an easy closing hole by any means. Out Of Bounds to the right of the tee and a long second shot is required to a well-bunkered green. The iconic Art-Deco style Royal Birkdale clubhouse provides a perfect backdrop to the unfolding drama.

Features The 19th Hole The Majors The Open