Golf365 History: The Open at Carnoustie 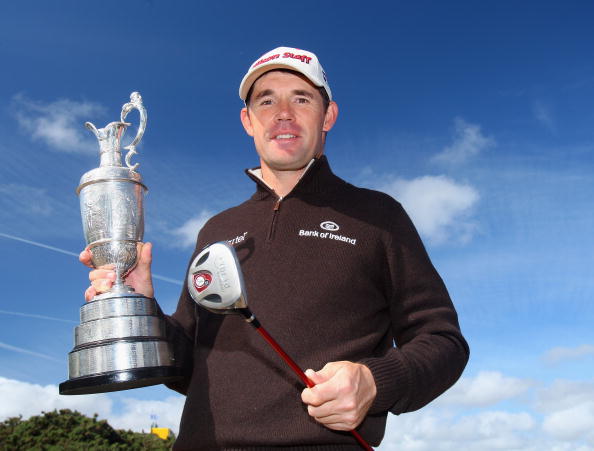 Matt Cooper takes a closer look at the history of this week’s Open Championship venue and discovers three plot lines repeat on this section of the Scottish coastline.

The 66th Open Championship, the first at Carnoustie, and right from the start the themes were set. After 54 holes Argentina’s Jose Jurado led by three shots on 4-over 220. The tournament was then played Wednesday to Friday with 36 holes on the final day and in the afternoon Jurado wilted.

He made the turn in level, but on the back nine needed five strokes more than par, allowing Scotsman Tommy Armour to pinch the title. Nicknamed the ‘Silver Scot’, Armour had been mustard-gassed in the Great War and initially lost his sight entirely, but in convalescence it returned in his right eye. He went on to win three majors and moved to the United States.

Six years earlier England’s Henry Cotton had shared both the first and second round lead, but was unable to maintain the pace. This time he stalked the leaders before striking with a final round of 1-under-par 71 to claim the second of his three Opens.

Again there was an Argentine theme, although only tenuously. Two years after his win Cotton married Isabel-Maria Estanguet de Moss, otherwise (and rather more straightforwardly) known as Toots, the daughter of a Buenos Aires beef merchant. If it all sounds rather grand then it was typical of Cotton, who drove a Rolls Royce, flew for the RAF in the Second World War, once lived full-time in a luxury hotel suite and was fond of quaffing champagne and caviar. 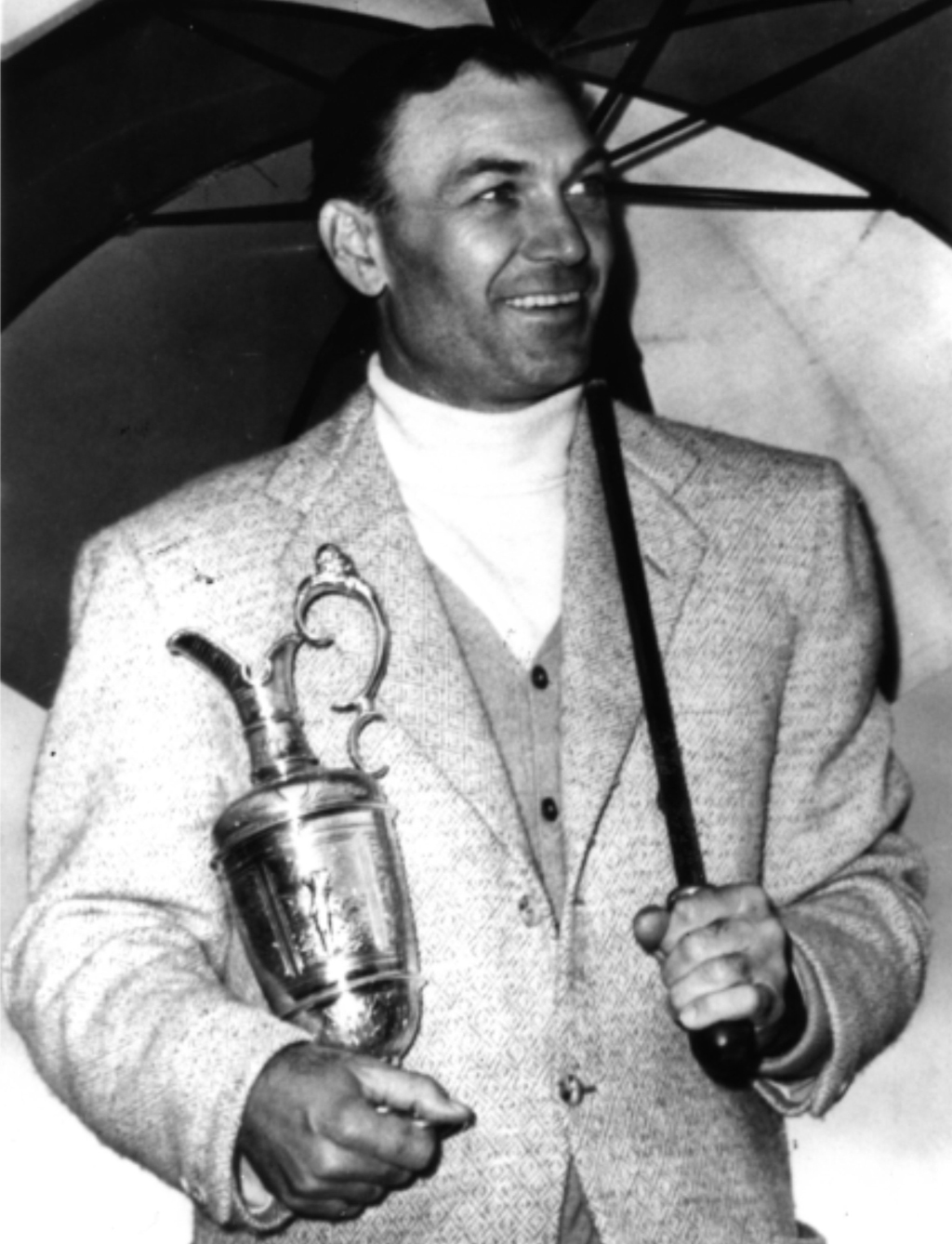 One motif maintained, another ripped apart.

The first was the continuing strength of Argentinian golf on the tough linksland of Angus (perhaps it has something to do with beef?). The legendary Roberto De Vicenzo spent the whole week contending and it was perhaps no surprise. This was his third Open and in his first 13 appearances (stretched out between 1948 and 1969) he notched an incredible 11 top tens including a gob-smacking eight top threes. In 1953 he was not even the leading player from his nation however. Antonio Cerda took that honour, finishing in a tie for second.

But in the final round no-one could stop the magnificent Ben Hogan whose final round of 4-under-par 68 earned him a sensational four-shot victory. The win was his third major triumph of the year, yet he was denied the opportunity to win the Grand Slam because the PGA Championship clashed with the Open.

The Argentine flavour of the week? Di Vicenzo was defending the Claret Jug and finished in a tie for tenth.

There was also a return to the narrative of runaway Carnoustie leader getting chased down, although in this case Billy Casper’s race was run rather swiftly. He was four clear of the field after a second round of 68 left him the only man under the card on 4-under 140. But he could only add 74-78 to trail in fourth whilst Gary Player fought the final day high wind better than anyone in the field to grab a two-shot victory.

No Argentine, instead Scottish club pro David Huish endured 36-hole honours. “Endured”? Yes, he hated it. Having posted 69-67 to reach 8-under 136 he had a two-shot lead and the expectation of the home crowd and media. Everywhere he turned there was attention and it frazzled him.

Dan Jenkins, writing in Sports Illustrated, was baffled, writing: “He would shrug and say that no matter what happened he wasn’t going to miss out on ‘golf week’ at North Berwick when he would get to sell a whole lot of clubs and balls. Nor would he consider going on the tour. “I don’t see why I should do somethin’ I don’t want to do,” Huish said. “On the tour I’d miss my home cookin’.””

At the conclusion of a windy final day Tom Watson and Aussie Jack Newton were locked together at the top of the leaderboard. They returned next day for an 18-hole play-off which Watson claimed on the final green. 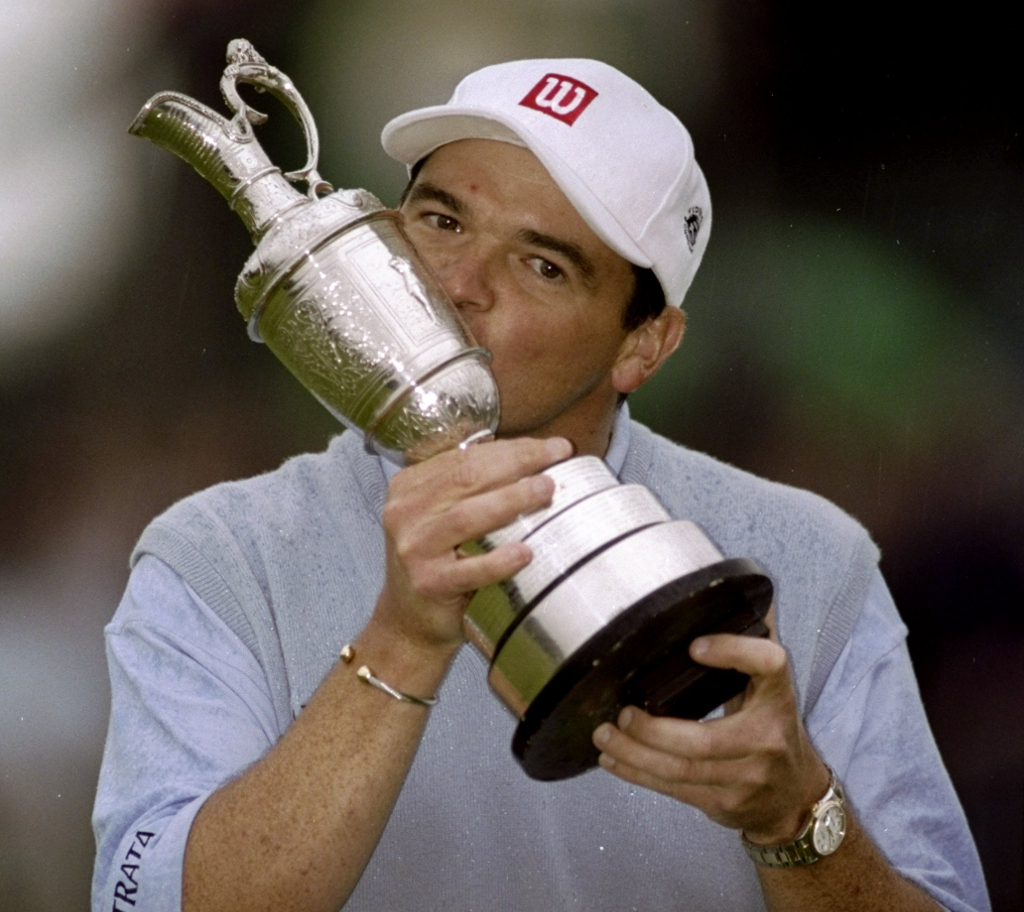 A 24-year wait for the sixth Open on the course and Carnoustie’s three narratives were all in evidence.

The blue and white triband with the Sol de Mayo in the middle on the leaderboard? Tick. Angel Cabrera was solo second at halfway.

Local hero being somewhat dazzled by the experience? Paul Lawrie was sensational on the final day, overcoming a ten-shot 54-hole deficit and then winning a three-man four-hole play-off. Unlike Huish, he only had the fuss and bother after his win. Like Huish, he found it all a bit meddlesome.

Angel Cabrera was back. El Pato had triumphed in the US Open a few weeks earlier and through 36-holes was eyeing the double, but at the business end it was his young compadre Andres Romero who nearly snaffled the Claret Jug.

He thrashed ten birdies in a wild final round that got him to 9-under after 70 holes, holding a two-shot lead on the field, but he finished double bogey-bogey to finish third.

Sergio Garcia was two clear after 18 and 36 holes, three clear with 18 to play and had a ten-foot par putt on the final green to claim the championship. It slipped past the hole and he was defeated in the play-off by Padraig Harrington.

Remember: three themes. A Scotsman might contend (he might even win; two of seven Carnoustie champions flew the Saltire), but he might get a sore head about it, expect a dash of Argentine flair, and pray for anyone who runs clear of the field.