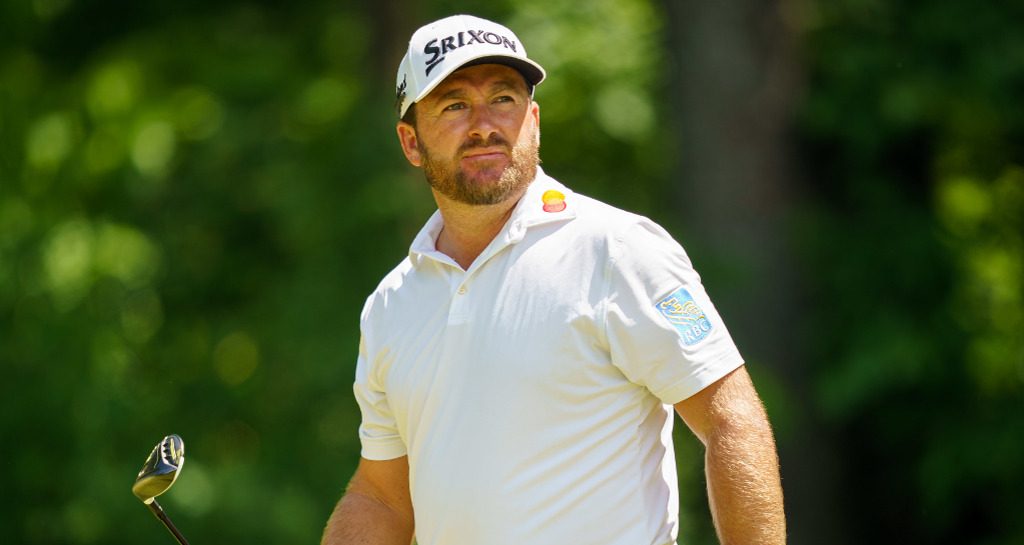 It seems quite fitting that Graeme McDowell was one of the first players to get a glimpse of the Open course at Royal Portrush.

Having sealed his place in the Open field with a monster putt on the 72nd hole of the Canadian Open last month, McDowell jetted home to get a first look at what lies in store at the Dunluce Links.

“It looks fantastic and it is so unusual to come to a golf course that I’ve never seen stands on,” he said.

“Typically where we play, we see golf courses with stands and it’s unusual to see them without stands, so it’s so great to come back here to my home town, to play this golf course with all the great memories I have here and see it prepped for The Open.

“It’s such a big show here and they’ve done such a great job with the infrastructure. There are so many great viewing spots for the fans and I imagine it’s going to be an amazing week.

“The first tee’s cool and there’s some nice seating around there. It will be a special moment standing on that first tee on Thursday morning and hearing my being announced ‘from Portrush, Northern Ireland’. It will be the start of what is hopefully going to be a special weekend.”

While he hasn’t won a major since his memorable US Open victory at Pebble Beach in 2010, the return of the Open to Portrush has given the Northern Irishman newfound belief that he could still get his hands on the coveted Claret Jug.

And after a quiet spell, McDowell has also been showing some very encouraging signs of form, securing his first PGA Tour victory since 2015 at the Corales Puntacana Resort & Club Championship in March.

It means he could well be a factor in the Open later this month.

“There is no better walk in golf than the 18th at an Open Championship. It has a special look, a special sound and to be here late on Sunday afternoon walking up here with a chance to win the Claret Jug – that would be the dream on top of the dream.

“For The Open to be back here is a dream come true but to be able to compete and have a chance to win, that would be extra special.”