Francesco Molinari: ‘Whatever comes now is just a bonus’ 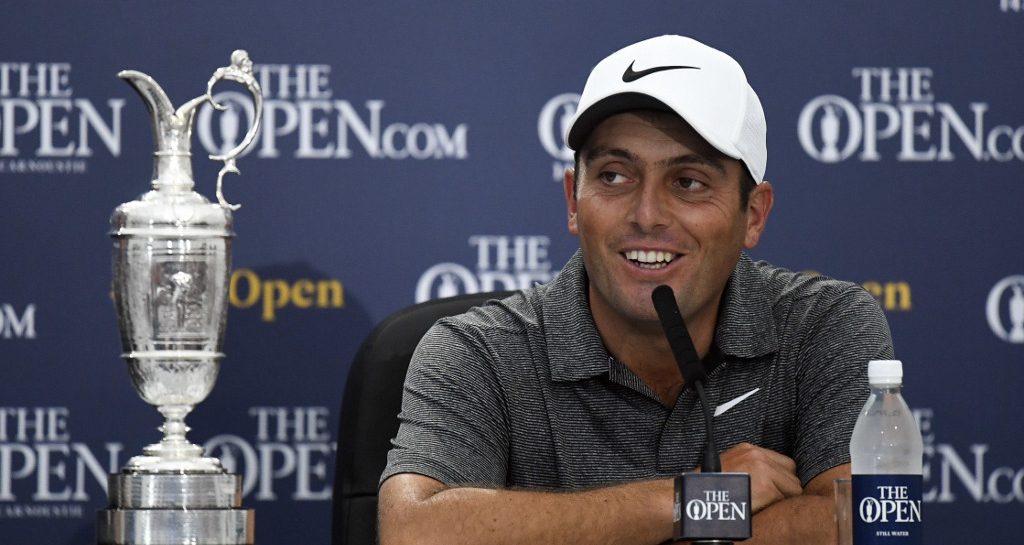 Imagine being in Francesco Molinari’s position, having already achieved all you ever set to achieve in your career.

Talking to reporters in a teleconference to promote his Open title defence at Royal Portrush in July, the Italian admitted that his wildest golfing dreams have already come true, and that everything that happens from now on is just a bonus.

Of course, Molinari is referring to his Open Championship triumph at Carnoustie last year, which was followed by victory in the BMW PGA Championship at Wentworth and a maiden PGA Tour title in the Quicken Loans National.

And as if that wasn’t enough, he also played a starring role in helping Europe win the Ryder Cup in France, becoming the first European player to compile a perfect 5-0 record in the process.

You can certainly see where he is coming from.

To be honest, I’ve achieved my dream, that was winning the Open last year,” Molinari said. “I’ve achieved another dream that was to be one of the best players of the Ryder Cup and help Europe win the trophy back.

“So I think I’m at a stage where I’ve achieved my dreams and whatever comes now is going to be a bonus. I still have a lot of desire and I want to win more. I got a taste of it last year and it was great.

“For me winning is a huge motivation and spurs me on to do even more, and that’s what I’ve done this winter, working as hard as I have ever done. And I think you can see the way I’m playing that I didn’t settle, I didn’t stop.

“The dream is to keep improving. I feel like I haven’t reached my limit yet. The dream is to see how far I can go and hopefully get as many wins as possible along the way.”

Looking ahead to his Open defence at Royal Portrush, Molinari hopes to draw on his previous experience at the 2012 Irish Open, which was held at the same venue.

“I remember playing there the year after Darren (Clarke) had won the Open Championship and being paired with Darren the first round,” Molinari added.

“It was something I still remember, so I can only imagine what the Open is going to be; it is going to be even bigger, obviously, going back to Northern Ireland after so many years. Defending is always special, but defending in a place where the tournament has not been for so long I’m sure is going to be extra special.

“I’ve planned for a couple of weeks off before to try and prepare as good as I can and show up there giving me the best chance possible. Being a competitor, I want to do well.

“No matter how it goes, it might be the only time in my career that I get to defend a major title, you never know. So, I need to make the most of it and enjoy the reception I get from the crowd and just, yeah, you know, let it sink in even more.”