Fleetwood, Westwood and Rose flying the British flag at Portrush 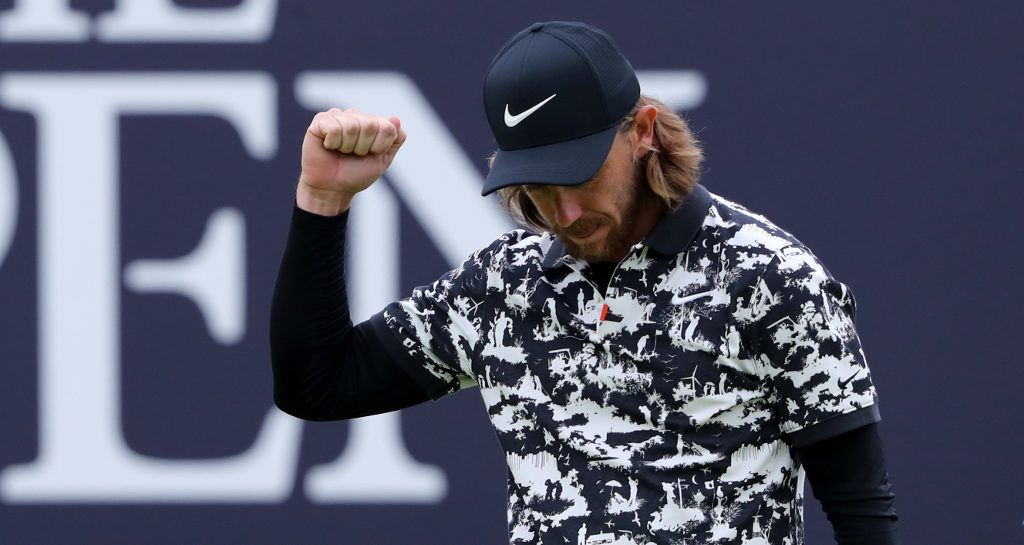 British hopes will be resting on Tommy Fleetwood, Lee Westwood and Justin Rose at The Open this weekend, after all three men played their way into contention on Friday.

Fleetwood briefly held the clubhouse lead on seven under after firing a four-under-par 67 on Friday, mixing six birdies with just two dropped shots in a round that left him very pleased.

Third birdie in four holes and Tommy Fleetwood is tied for the lead. 👌pic.twitter.com/5rqjcfKqw1

The 28-year-old has come close to winning a major before, most notably when he finished runner-up in the US Open last year, but he’s still looking for that breakthrough first win.

“It was good. It was different yesterday. Yesterday I felt like I was a lot more stress-free than today,” he said.

“Today I made two or three really good putts.

“I’m happy with the challenge, to be honest with you. It’s not all going to be singing and dancing through a major.

“I’m happy that I had a chance to scrap today and actually did really well, was up to the test and, again, did a lot of good stuff.

Fleetwood wasn’t the only Englishman with the word ‘wood’ in his last name on seven under – Lee Westwood would join him later in the day after also firing rounds of 68 and 67.

The resurgent 46-year-old produced only the second bogey-free round of his Open career as he added birdies at the 12th, 13th, 16th and 17th to play himself into contention.

Westwood’s putter has definitely come to the party so far this week, and the putt he sank on the 16th was an absolute monster.

“I hit the ball really well and gave myself a lot of chances over the first 11 holes,” Westwood said.

“They just didn’t quite go in. I could have got a bit frustrated but didn’t. It was a good, solid day.

“I haven’t got any expectations. I’m just swinging quite well at the moment.

“I’ve had a couple of weeks of links golf where I played well and made the most of how I played, and this week it’s happening.

“It’s nice to do it at The Open Championship, it’s a big tournament and prestigious tournament and on a great golf course. It’s just happened at the right time.”

As if that wasn’t enough for British fans, former World No 1 Justin Rose is also in the mix a further shot behind after matching the 67s of his countrymen.

In a good position……. for the weekend! #TheOpen pic.twitter.com/rjBVNDvQVW