Flawless Fleetwood shoots to the top 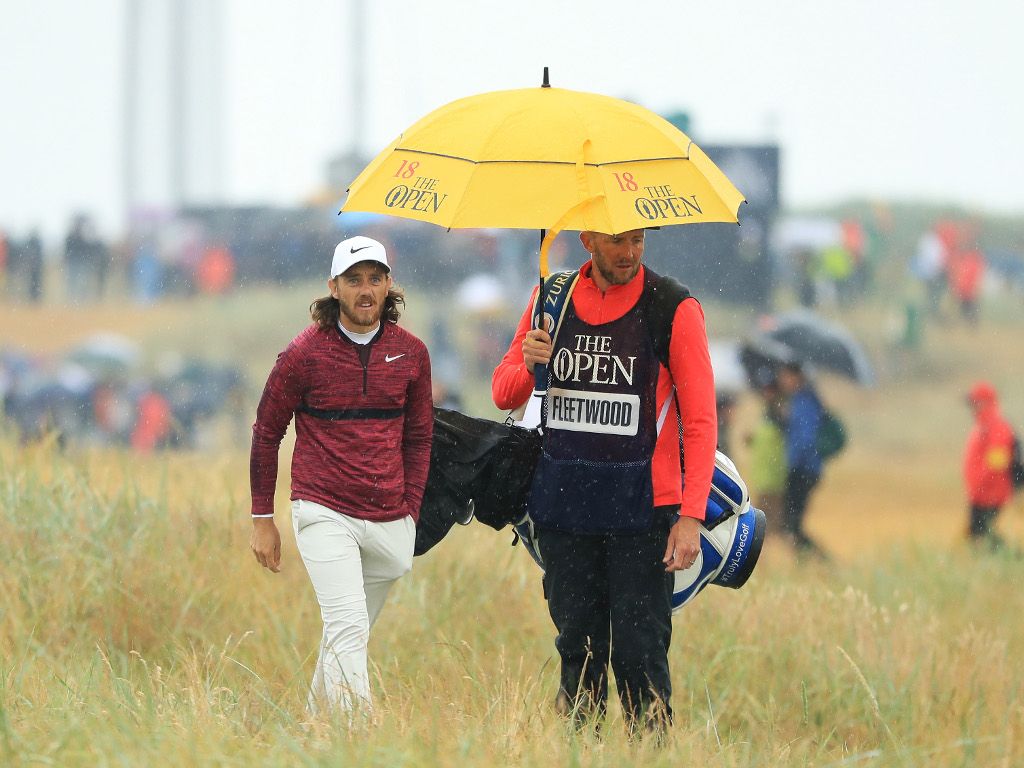 Tommy Fleetwood grabbed a share of the clubhouse lead as the early finishers came through in the second round of The Open Championship on Friday.

The Englishman signed for a superb six under 65 around a very wet Carnoustie, enough to move him to five under for the tournament, tied with first round leader Kevin Kisner who was yet to tee off.

Fleetwood picked his way around the soft course and enjoyed a hot putter as he rolled in gains on the fourth, fifth and ninth before making the turn. Consistent iron play lead to three more birdies coming home, including a 12 footer on the last.

Crowd favourite Rory McIlroy also made his intentions known, shooting a second consecutive 69 to leave himself at four under, one behind.

Dane Thorbjorn Olesen is alos in the mix, carding a second 70 to leave himself on two under for the event.

World number one Dustin Johnson, coming off a first round 76, failed to make an impression, finishing bogey-double bogey to sign for a 72, leaving him well outside the likely cut line on six over.