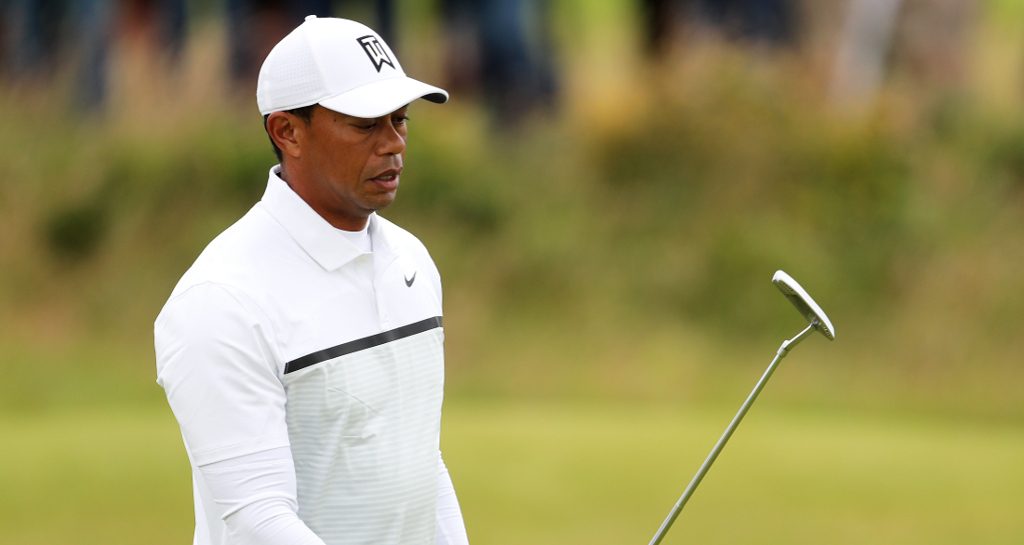 Despite a much better showing at The Open on Friday, an exhausted Tiger Woods admitted he couldn’t wait to get home after missing the cut.

Woods had many pundits puzzled with his decision to take a two-week family vacation in Thailand ahead of this year’s championship in Portrush rather than playing in a warm-up event, so it didn’t come as much surprise when the reigning Masters champion opened with a disappointing 78 on Thursday.

Having had 18 holes to acclimatise to the conditions, Woods looked much better on Friday, firing a one-under-par 70 that included four birdies and three bogeys, but it wasn’t enough to keep him around for the weekend.

Another birdie for @TigerWoods.

After his opening round on Thursday, Woods confirmed what many had feared as they were watching him in action: that he wasn’t 100% fit, that his body was definitely sore, that he could no longer play all the shots he wanted, and that he was definitely going to have to manage his schedule more tightly going forward than he already was.

Even with the month he took off between the US Open and The Open, it still didn’t seem to be enough for him, although all the traveling he did to incorporate his trip to Thailand did little to help.

As a result, Woods revealed that he would be heading straight home to rest, skipping next week’s WGC-FedEx St. Jude Invitational in order to prepare for the FedEx Cup playoffs, which begin in two weeks’ time.

“I’m going to take a couple of weeks off and get ready for the playoffs,” Woods said. “We’ve got the playoffs coming up, and anything can happen.

“I had a long trip to Thailand and then trying to get ready for this event, to play this event, it’s been a lot of travel, a lot of time in the air, a lot of moving around and different hotels and everything,” he added.