David Duval shoots horror 90 – before officials make it a 91 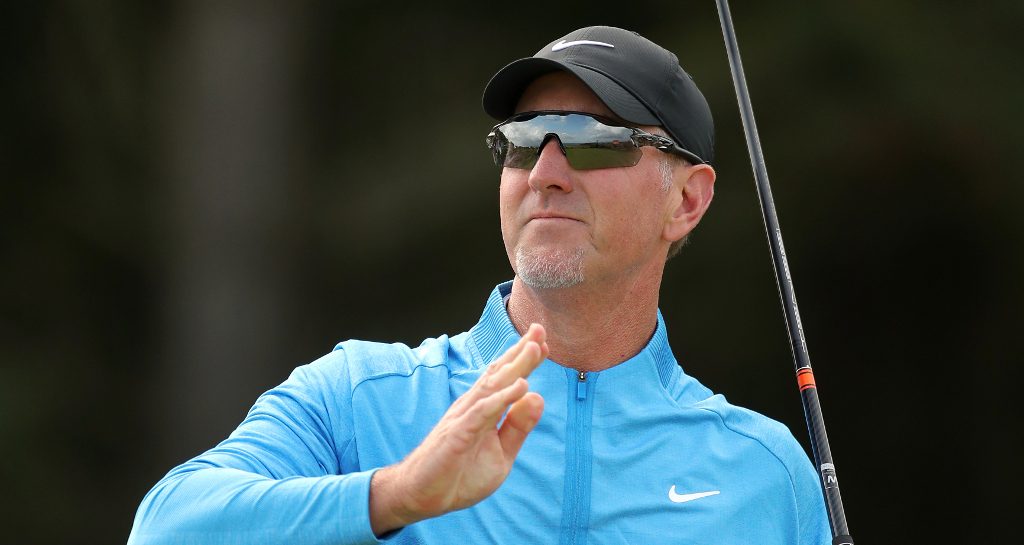 Former champion David Duval shot the worst round in Open history for 69 years at Royal Portrush on Thursday.

Six bogeys did little to help his cause, while a pair of triple-bogeys at the fifth and 17th holes certainly hurt as well. But it’s the 14 he made at the par-5 seventh that really would have smarted.

It took officials some time to figure out just how much Duval had made on the hole, and while they originally settled on a 13, it was eventually turned into a 14, as a 90 became a 91 to equal the second highest score for a single hole in Open history and the worst round for 69 years.

This description of David Duval's 14 (changed from a 13 after his round) is wild. Hope the extra shot doesn't cost him making the cut! pic.twitter.com/aF9pVVxT5c

Probably the most amazing thing about the round? It started with back-to-back birdies.

Ranked outside the top 2000 and without so much as a made cut in four years, Duval plays a very limited schedule these days and spends most of his time as a TV analyst, but his victory at Royal Lytham 18 years ago still affords him the opportunity to play in the Open.

The 47-year-old is also struggling with tendonitis in his arm, and revealed after his round that he very nearly quit midway through.

He stuck it out bravely, however, and took his punishment.

“It was all a bit of a blur and fairly unsettling, obviously,” Duval said. “But I wasn’t hurt enough not to finish.

“Unless I’m really hurt or sick, I post my score. It’s just one of those god-awful nightmare scenarios that happened today and I happened to be on the wrong end of it.”