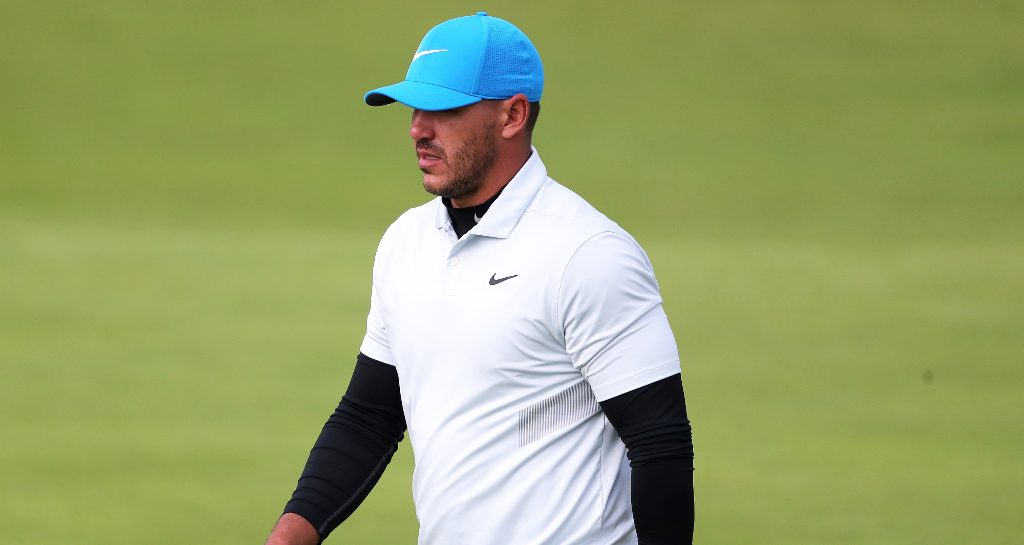 Brooks Koepka knows that if wind and rain becomes a factor at Royal Portrush on Sunday, he could be in business.

The World No 1 may be seven shots behind Shane Lowry’s record-breaking 54-hole total at the Open Championship, but he has a lot of confidence in his long game to prevail if the weather becomes a serious factor.

Koepka also took the time to remind everyone that Lowry held a four-shot lead heading into the final round of the US Open at Oakmont three years and threw it away after a bad start, shooting 76.

The American also had his own struggles in the final round of the PGA Championship at Bethpage Black earlier this year, where he nearly threw away a seven-stroke advantage when the weather played up.

“The last time Shane had the lead at Oakmont we saw that,” said Koepka.

“And at Bethpage it went very quickly. Bad weather happened at Bethpage. I guess maybe the last, what, 15 holes was very, very windy, especially that back nine.

“Nobody has hit it better than me this week, I’ve hit it as good as I could possibly imagine.

“I putted the worst in the entire field, if you look at strokes gained. It’s been really bad; very frustrating, disappointed.

“But thankfully it’s going to blow tomorrow to have any sort of chance. I need it. I need it being, what, seven back.

“And that’s got to be an advantage. Especially the way I’m striking the ball, I’ve struck it so good.

“If it’s going to be windy, you need to be able to strike it good, control your flight, and figure out where you want the ball to end up.

“If it’s going to blow 30, it can get out of control very quickly. I need to figure out the putter. I think there’s some weeks where you just don’t make anything.

Lowry wasn’t surprised when Oakmont came up in his own press conference after Saturday’s third round. But he insists he’s moved on and doesn’t consider it a factor.

“It probably doesn’t mean as much to me as it did then, which is going to make it a little bit easier,” Lowry said.