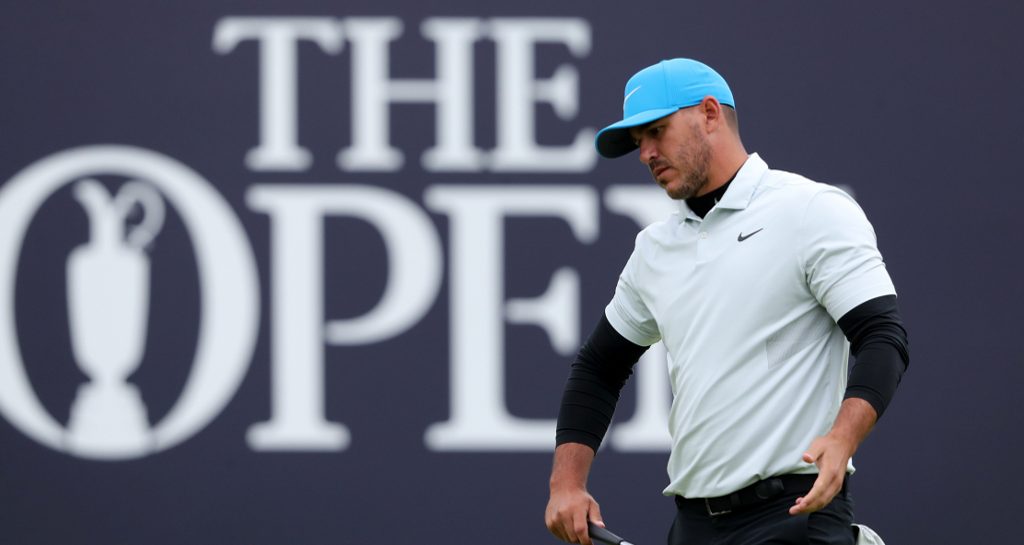 Brooks Koepka isn’t sure why he’s not making any putts at Portrush so far this week, but admitted he was “frustrated” and “disappointed” to have missed so many chances.

The World No 1 followed up his opening 68 at The Open with another competitive two-under-par 69 on Friday to move to five under par for the tournament, three strokes behind clubhouse leader JB Holmes.

For most players that would be a fantastic return in a major championship, and it leaves him very much still in the hunt, but considering the standards Koepka has been setting in recent years, he’s not particularly happy.

And it’s his putter that’s really getting him down.

“I haven’t made a putt all week, so I just need to figure that out,” said Koepka.

“If I can just make some putts I could have very easily been 10-under and maybe more.

“I’ve just got to figure it out this afternoon… Sometimes I felt like I hit good putts and they just didn’t go in and other times it was just terrible putts.

“It’s frustrating, you’ve just got to stay patient and wait your turn.”

Koepka has finished in the top two in each of his last four major championship appearances, and looks certain to be a factor once again.

“It’s a little disappointing, two-under, but at the same time I’m close enough where if I play a good weekend I’ll be in with a chance,” he added.

“You have to wait your turn, eventually you’ll have a few chances and I did in the last six holes. Even 17 was a good chance and I found a way to screw that up.”

With more wet and windy weather set to arrive at Portrush this weekend, Koepka reckons five-under might be enough to win the Claret Jug when all is said and done.

Still, he wishes he was in a stronger position by now.

“I’m hanging around I guess. Just close enough. It’s not where I want to be,” he said.

“But I guess for not making anything, you can’t really expect to be in the lead, so to be probably four or five back, it’s okay.

“I’ll figure it out this weekend and hopefully give them a run.”