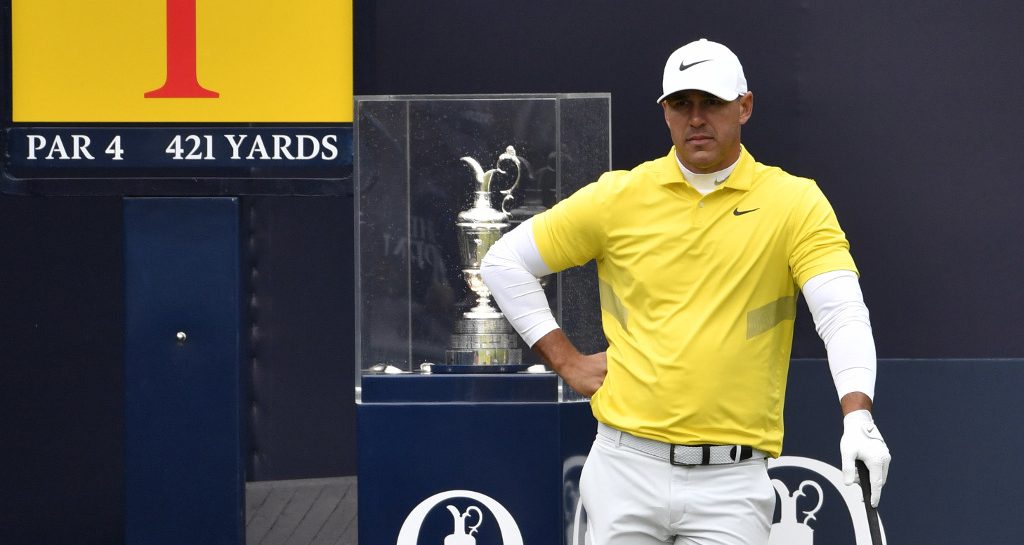 Brooks Koepka was not a happy man after appearing visibly annoyed by the pace of playing partner JB Holmes’ play in the final round of The Open.

Koepka had plenty of reasons to be unhappy at Portrush on Sunday, not least of which because of the four straight bogeys he made to start off his round, effectively putting pay to his chances.

But Koepka was also none too pleased with playing partner Holmes, whose slow pace of play was a constant source of irritation for him. The fact that Holmes totally disintegrated and ended up shooting an 87 didn’t earn him much sympathy either.

Koepka has vented his frustration with slow play before, and so pairing him with Holmes, who is known as a leisurely player at the best of times, was a recipe for trouble.

At one point on the 12th Koepka even pointed to a pretend watch as he walked off the 12th green.

A live look-in on the Koepka-Holmes grouping, where Brooks appears to be getting pretty irritated by J.B.’s methodical play #TheOpen pic.twitter.com/TWWUAinTsW

“I wasn’t wearing a watch, I mean he had a rough day but J.B. is a slow player. I know it’s difficult with the wind, but I didn’t think he was that bad today. I thought he was all right,” he said.

“There were times where I thought it was slow. There’s a lot of slow guys out here. It’s not the first time I’ve done it, especially when you’ve got a walking official with you.

“We were on pace for 13 holes. But I mean, if I’m in a group, we’re going to be on pace no matter what. I’m usually ready to go, as soon as the guy’s ball is coming down.

“I’m ready to go most of the time. That’s what I don’t understand when it’s your turn to hit, your glove is not on, then you start thinking about it, that’s where the problem lies.

“It’s not that he takes that long. He doesn’t do anything until his turn. That’s the frustrating part. But he’s not the only one that does it out here.”

It’s not all bad for Koepka, however, who still managed to secure a tied-fourth finish to become only the fifth player after Jack Nicklaus, Tiger Woods, Rickie Fowler and Jordan Spieth to finish inside the top five of every major in a calendar year.

But considering all the success he’s had of late, that’s just not good enough.

“I don’t see much positive out of it. If you don’t play good you’re not going to win,” Koepka added.

“So, it’s very simple. It’s disappointing. I didn’t play the way I wanted to. And I’ve got to live with that.”