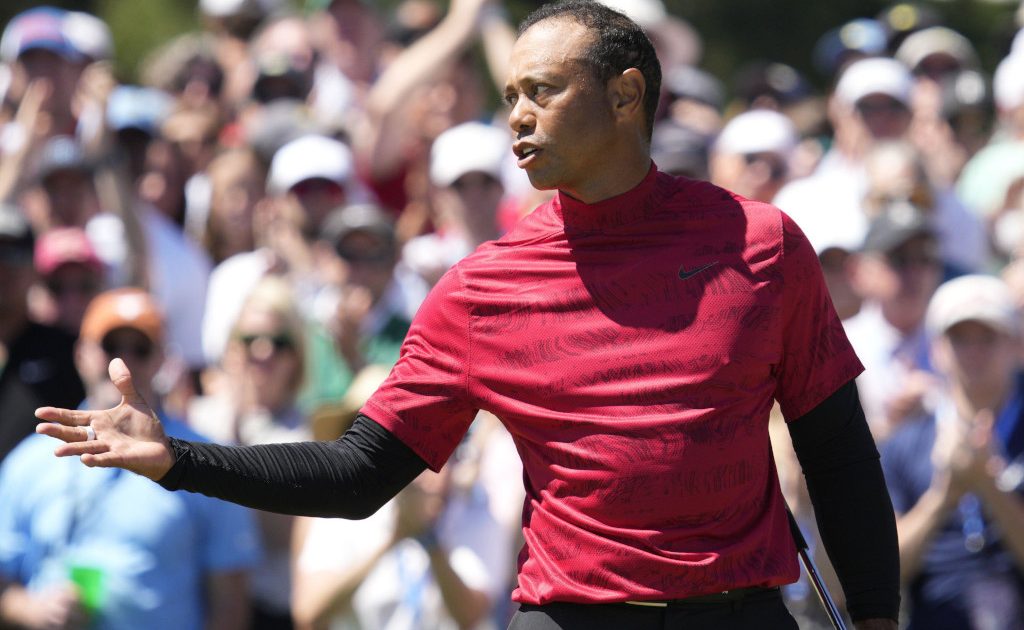 Tiger Woods confirmed he will contest the 150th Open Championship at St Andrews after receiving an “unbelievable” reception from spectators following his final round in the 86th Masters.

Woods carded a second consecutive 78 to finish 13 over par, but was given a standing ovation as he walked towards the 18th green and had a broad grin on his face as he headed to Augusta National’s clubhouse.

Questions were raised about the 46-year-old’s future following his car accident in February last year and Woods told CBS: “I had the same questions.

“It was an unbelievable feeling to have the patrons and their support out there. I was not exactly playing my best out there and to have the support, I don’t think words can really describe that given where I was and what my prospects were at that time.

“To end up here and play all four rounds, even a month ago I didn’t know if I could pull this off.

“It’s hard. I have those days where I just don’t want to do anything, it just hurts, but I have had a great team around me that are positive, that have motivated me and helped me around.

“There have been more tough days than easy days and I just have to work through it. I have put in the time and the hard part is the recovery sessions. Those ice baths really suck.”

Speaking to Sky Sports, Woods said he was unsure about playing next month’s US PGA Championship at Southern Hills, but that he would be at the Old Course in July.

“I won’t be playing a full schedule ever again, it’ll be just the big events,” he added.

“I am looking forward to St Andrews. That is something that is near and dear to my heart. I’ve won two Opens there, it’s the home of golf, it’s my favourite golf course in the world. I will be there for that one.”