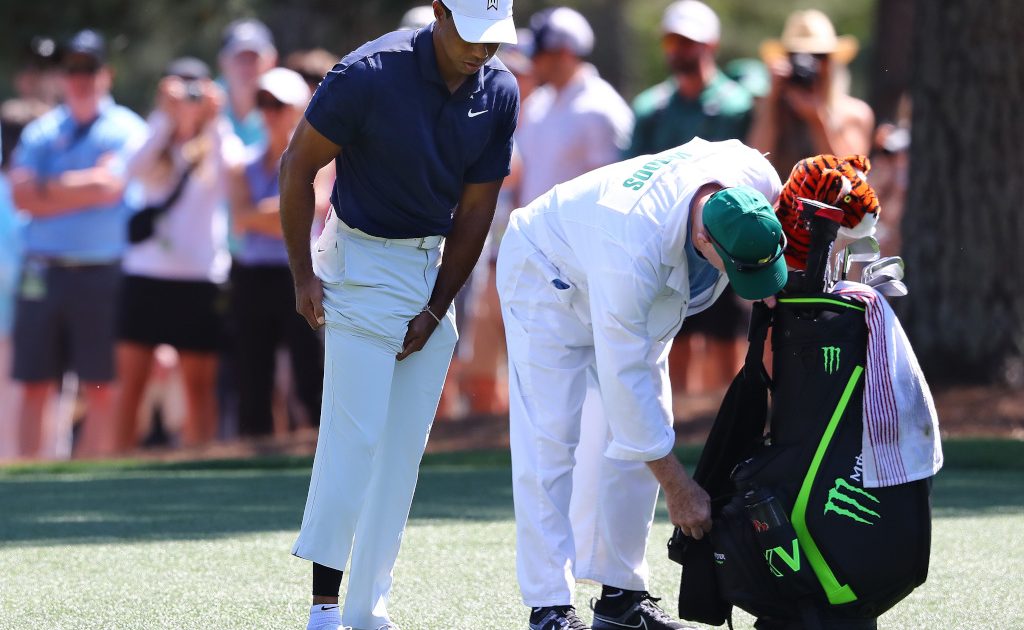 Tiger Woods practised at Augusta National for the second day running as he stepped up his preparations for the 86th Masters on Monday.

Woods has not played in a top-level event since being involved in a horrific car crash in February 2021.

The 15-time major winner, who feared shortly after the accident that his right leg would have to be amputated, competed in the PNC Championship with son Charlie in December.

The 46-year-old played a practice round at Augusta last week and nine holes on Sunday, before which he said he would make a “game-time decision” on whether he will tee off in Thursday’s first round.

Earlier in the day, one player who can empathise with what Woods has been through had taken the same route, two-time Masters champion Jose Maria Olazabal.

Olazabal first triumphed at Augusta National in 1994 but later that year was struck down by a debilitating ailment in the joints of his feet which left him in so much pain that he had to crawl to the bathroom.

Sidelined for 18 months, Olazabal feared he might need a wheelchair for the rest of his life until German doctor Hans-Wilhelm Muller-Wohlfahrt concluded that the pain was coming from his back, not his foot.

Olazabal returned to action in 1997 and won an emotional second Masters title two years later, so the 56-year-old is delighted that Woods appears increasingly likely to join him in the field this week.

“In a way I know what he’s been going through,” Olazabal told the PA news agency ahead of a practice round at Augusta National.

“When you cannot walk, when you cannot do things and you’re full of pain everywhere I relate to him in a way and that’s why I really appreciate him being here.

“Not just for us and the crowds, but for him. I would love to see him be able to be competitive again and play great golf.

“I saw him as he was walking towards the 10th tee and I have to say I was really pleased for him and it’s going to be great for the game of golf if he comes back.

“He’s a great asset, he’s a unique player, he has overcome tough situations and hopefully he will do so this time. (He has) a very strong mindset, a special one. No questions about that.

“I don’t think there are many golf courses as challenging as this one when we’re talking about changes of elevation, walking. There is a lot of ups and downs and it’s a real test. If he’s able to accomplish that this week that would be the best sign.”

Olazabal remarkably made the cut in last year’s Masters at the age of 55, but concedes his recent form, an elbow problem and the addition of more length to the course makes his chances of a repeat this week somewhat unlikely.

“It’s nice to be back at a very special place, but especially this year with full crowds and the proper atmosphere,” the former Ryder Cup captain added.

“I haven’t been able to practise all that much so the game is a little bit off at the moment. I will suffer on the golf course, but I have wonderful memories.”