Tiger Woods gets Masters challenge under way after rain delay 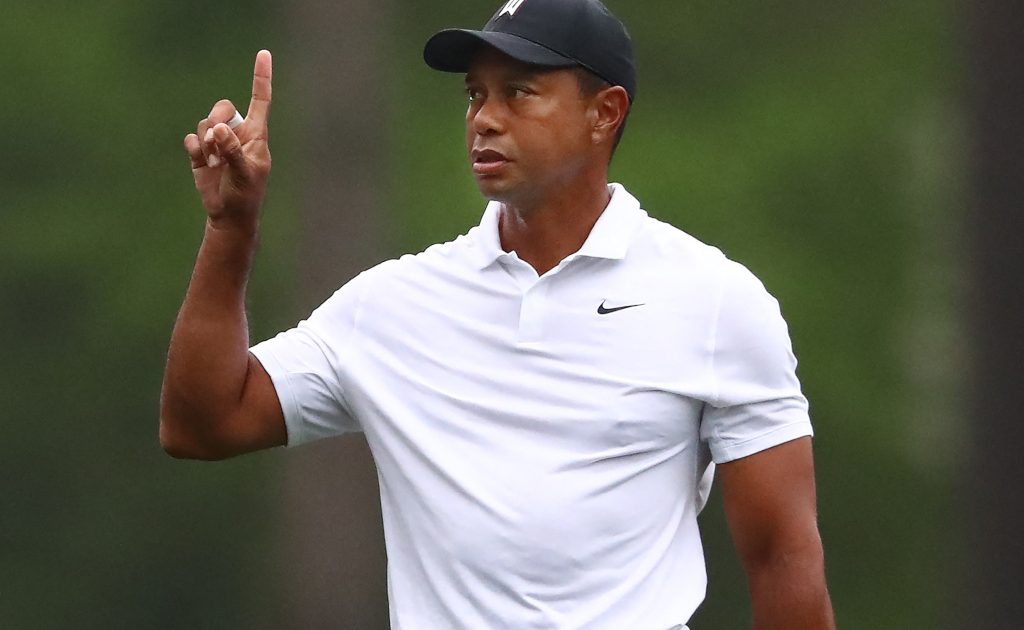 Tiger Woods got his Masters campaign under way with a welcome reminder of his most recent triumph at Augusta National.

A 30-minute delay due to bad weather meant Woods started his first round at 1104 local time (1604BST), coincidentally the same time he teed off on day one in 2019.

This year, it was the severe leg injuries suffered in a car crash 13 months ago which had placed his Masters participation in serious jeopardy, but Woods had once again defied the odds to take his place in the field and insisted he believed he could win a sixth green jacket.

Speaking after performing his duties as honorary starter alongside Gary Player and Tom Watson, Nicklaus said: “Tiger I’m sure will be very competitive this week.

“I don’t know whether he can win or not. He hasn’t played any competition for a long time.

“When you haven’t played any competition for a long time you have a tendency to not be as sharp mentally, although I would never fault Tiger for his mental acumen because I think Tiger mentally is fantastic.”

Woods holed from 10 feet for par on the first after his approach had rolled back off the front of the green, with Padraig Harrington and Tommy Fleetwood part of a four-strong group sharing the early lead on one under.

Rory McIlroy admitted he only realised Harrington was in the field after they had played a practice round together, the ;la having qualified courtesy of his tie for fourth in last year’s US PGA Championship.

The three-time major winner had birdied the third and fourth, as well as holing from 65 feet to save par on the sixth, as he reached the turn in one under par.

The first group teed off at 0830 local time (1330BST) after Watson had joined Nicklaus and Player in acting as an honorary starter for the first time.

Watson’s competitive instincts remained in tact however as he also asked Player how far his drive had gone, with Player replying: “You could hear it land. Not very far.”

England’s Paul Casey withdrew before the start of play with an unspecified injury.