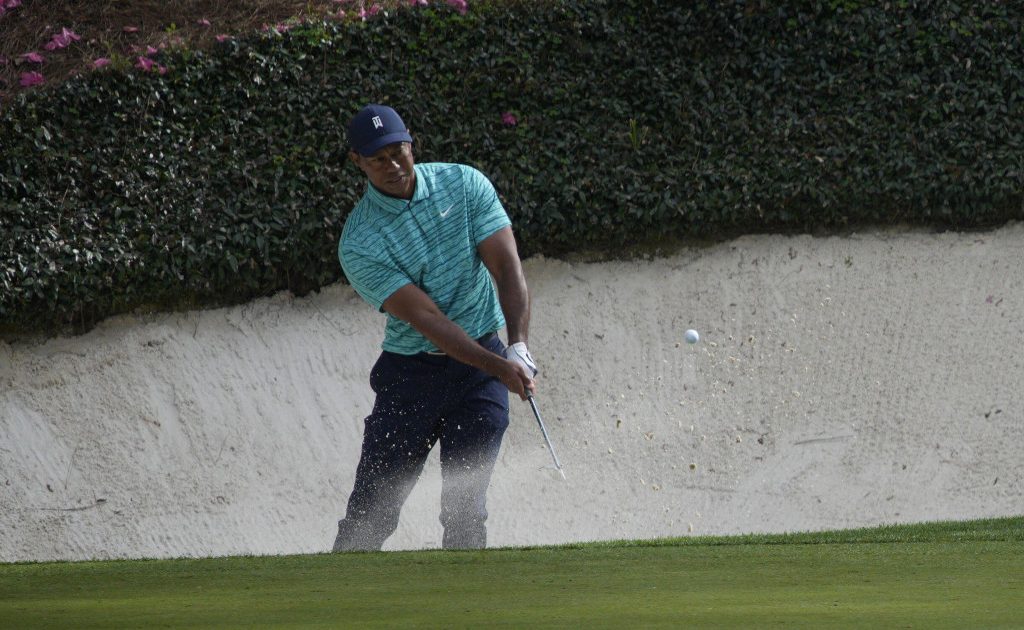 World number one Scottie Scheffler emphatically underlined his newly acquired status as Tiger Woods fought back from a nightmare start to make the halfway cut in the 86th Masters.

Arriving at Augusta National on top of the rankings after three wins in his last five starts, Scheffler simply carried on where he left off with a superb second round of 67 despite a blustery wind making scoring difficult.

All five players to hold such a halfway lead in tournament history went on to claim the green jacket, with Jordan Spieth the most recent to do so in 2015.

Lowry recovered from a bogey on the first to return a second round of 68, the former Open champion boosted by chipping in from 38 yards for an unlikely birdie on the 10th.

“I’m in a great position,” Lowry said. “You’re going to need everything to go your way to be standing there getting a green jacket on Sunday.

Woods had carded an opening 71 on his latest remarkable return from injury, the 15-time major winner having suffered serious leg injuries in a car crash in February last year.

But the 46-year-old got off to a nightmare start on Friday as he bogeyed four of his first five holes before seemingly steadying the ship with a birdie on the eighth.

A stunning approach to the 10th set up another birdie and although it was followed by dropped shots on the 11th and 12th, birdies on the 13th and 14th saw Woods eventually sign for a 74 to maintain his record of never missing a Masters cut as a professional.

Woods said: “It was blustery, swirling all over the place. I got a couple of bad gusts and made a couple of bad swings on top of that. I told Joey (La Cava, his caddie) it’s tough for everyone, let’s get back to even for the day somehow.

“There are a few people not struggling out there, Scottie and JT (Justin Thomas) are handling their business but hey I made the cut, got a chance going into the weekend.

“It’s going to be cool tomorrow, going to be the course Augusta National wants, quicker, dryer, faster and a great test.

“I don’t feel as good as I’d like to feel but that’s OK. I’ve got a chance going into the weekend, hopefully have one of those lightbulb moments and get it done. I need to get myself there, that’s the key.”

Schwartzel had earlier revealed he took inspiration from watching footage of his previous Masters victory to move into contention for a second title.

The 37-year-old South African had missed the cut in each of his last six starts on the PGA Tour – and hit the headlines for throwing a club in frustration during the first round of the Valspar Championship – but found some form with a second round of 69 in the toughest of the conditions.

“The bad results didn’t really determine how I felt coming in here,” Schwartzel said after a round containing five birdies and two bogeys.

“I actually took two weeks off and as the two weeks went by, my confidence grew in belief that I could win this tournament because I was starting to hit it very good and just looked at old footage and it’s still there.”

Former champion Danny Willett held the outright lead following a birdie on the ninth before eventually carding a 74 to lie one under par, with Matt Fitzpatrick a shot behind and Robert MacIntyre, Sergio Garcia, Tyrrell Hatton, Jon Rahm and Rory McIlroy all two over.

McIlroy, who needs to win the Masters to complete a career grand slam, carded a second consecutive 73 and said: “I’m in a decent position.

“I’d like to be a couple of shots better at least, but I’m still right there. You go out tomorrow and you play a decent front nine and all of a sudden you’re right in the thick of things.”