Scottie Scheffler confident he has enough experience of Augusta to challenge 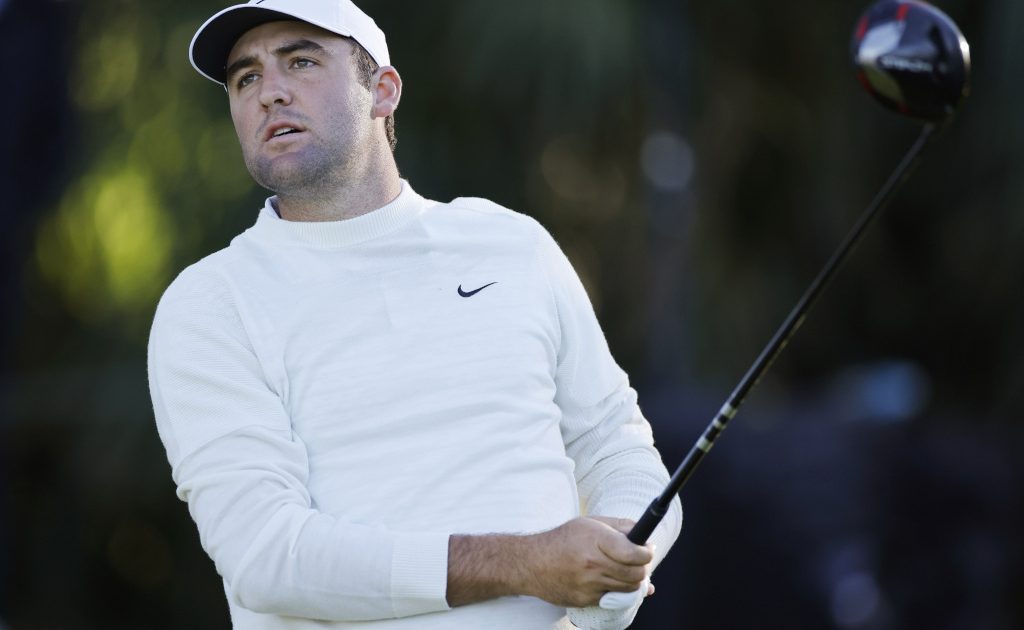 World number one Scottie Scheffler believes he has learnt from the very best as he bids to overcome a lack of Masters experience to contend for a first major title.

Scheffler has played just nine majors in his career and twice at Augusta National, although he finished 19th on his debut in 2020 and 18th last year.

The 25-year-old American had the advantage of being drawn alongside five-time champion Tiger Woods for the final round in 2020 and three-time winner Phil Mickelson for the first two rounds last year, while his caddie Ted Scott was on the bag when Bubba Watson won in both 2012 and 2014.

“I’ve gotten a decent bit of advice, but I’ve also had a lot of good experience around this golf course,” Scheffler said. “I think I learn a lot by watching guys play and watching them practice and hit shots.

“I’ve been fortunate. I played the first two rounds last year with Phil and then in 2020 I got paired with Tiger on Sunday. So I got some pretty good experience just watching them kind of manage their way around the golf course and how they play shots and certain stuff like that.

“I’m approaching this week definitely hopeful that I can contend, but that starts with having a good round on Thursday. For me, I’m just trying to prepare, make sure I’m properly rested.

“My game feels like it’s in a pretty good spot, but I’m just going to go through my usual preparation and approach the week just like I always have.”

It is safe to say Scheffler’s game is more than “pretty good” right now after he followed his maiden PGA Tour title in Phoenix with two more victories in his next four starts in the Arnold Palmer Invitational and WGC-Dell Technologies Match Play.

That vaulted him to the top of the world rankings ahead of Spain’s Jon Rahm, the player he beat 4 and 3 in their singles contest in the Ryder Cup at Whistling Straits, where Scheffler enjoyed an unbeaten debut.

“I never looked at a world ranking other than when you reach the milestone and get into the top 50 and you get automatically into golf tournaments like this,” Scheffler added.

“You play and practice and prepare to compete against the best guys in the world, and I have the most fun when I’m in contention.

“I think one of the only times I looked at the rankings I was playing Riviera maybe my rookie year (2020), and the World Golf Championships (in Mexico) was the next week.

“I think it was me and Collin Morikawa on the cusp of getting in or not getting in. That was the only time I looked at the rankings and really studied what I needed to do, and I didn’t play that good.

“So for me, looking at the rankings and focusing on that stuff doesn’t provide any benefit for me. I look forward to preparing and playing good golf and executing shots and being in contention. That’s what’s fun.”