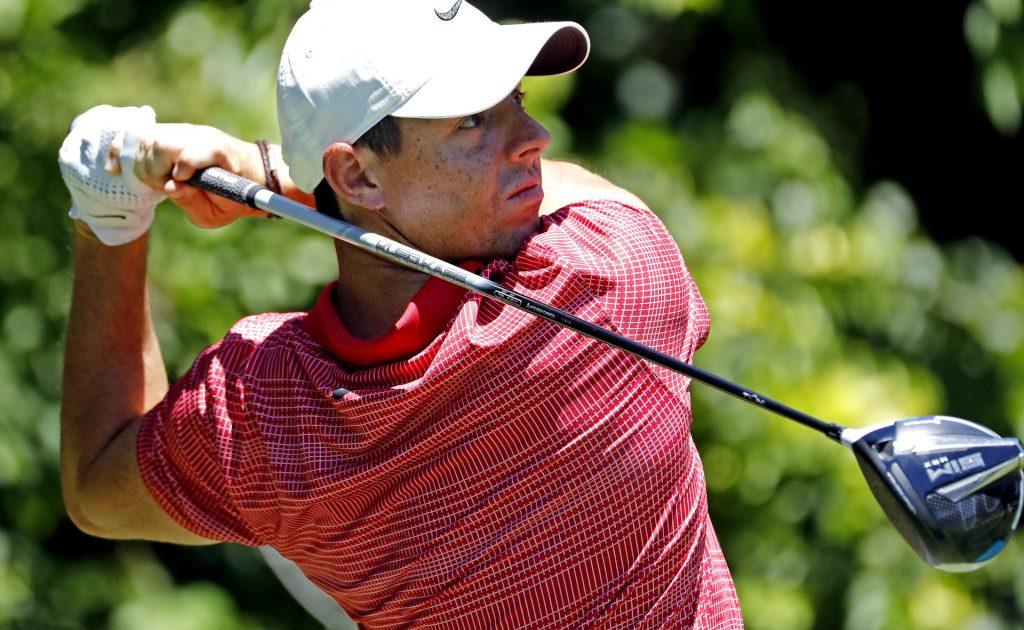 Rory McIlroy will favour patience and discipline over any highlight-reel heroics as he bids to win the Masters and complete a career grand slam.

And the four-time major winner believes missing the cut in his final event before travelling to Augusta National could end up working in his favour.

Since winning the Open Championship in 2014 to claim the third leg of the grand slam, McIlroy has had seven attempts to win a green jacket and join Gene Sarazen, Ben Hogan, Gary Player, Jack Nicklaus and Tiger Woods in having won all four major titles.

On all seven occasions McIlroy has had at least one week off before the Masters, but this year he opted to skip the WGC-Dell Technologies Match Play and compete in the Valero Texas Open instead, only to make an early exit following rounds of 72 and 73.

“I think it was beneficial in the end,” McIlroy said. “I learned a few things. You always learn more from disappointments or from times where you don’t play so well.

“So, I thought, look, if there’s a cut to miss, it wasn’t a bad one to miss. I got home, did two really good days of practice on Saturday and Sunday and actually felt a lot better about where things were heading up here Sunday evening.”

McIlroy famously held a four-shot lead after 54 holes of the Masters in 2011, only to collapse to a closing 80 and finish 10 shots behind the winner, Charl Schwartzel.

His best finish of fourth came on his first attempt to complete the grand slam in 2015 – albeit six shots behind runaway winner Jordan Spieth – and the 32-year-old has finished in the top 10 in six of his last eight starts without really contending on the back nine on Sunday.

“For me, anyway, it feels like a very negative way to think, but it’s the way to play around this place. You don’t have to do anything spectacular.

“It’s as much of a chess game as anything else, and it’s just about putting yourself in the right positions and being disciplined and being patient and knowing that pars are good, and even if you make a couple of pars on the par fives that’s okay, and you just keep moving forward.

“(The course) baits you into going for flags that you shouldn’t go for, so again it’s about being very disciplined with your approach play, knowing that if you hit a wedge to 20 or 30 feet, that’s okay.

“It’s about playing to the fat part of the green, being somewhat conservative. I think that’s what wins you Masters.

“You see the highlights of people hitting heroic golf shots around here, but that’s just one golf shot. The rest of the time, they’re doing the right things and being patient and being disciplined, and that’s what wins you green jackets.”

When 2020 Masters champion Dustin Johnson was briefly replaced in the world’s top 10 by Sam Burns earlier this season, McIlroy was the only top-10 player in his 30s.

“I’ve always said time is on my side and I’ll keep saying that until it isn’t, whenever that is,” McIlroy added. “I’m 32 years old with a ton of experience. I’ve got a few more grey hairs than I used to, but I’m still young at heart.”

McIlroy will have one inescapable reminder of his advancing years this week though, with 19-month-old daughter Poppy joining him for the traditional pre-tournament par-three contest on Wednesday.

“It’s funny,” he added. “When you don’t have children, the par three seems like a bit of an afterthought, and then once kids arrive it sort of becomes the highlight of the week in a way.

“I’m looking forward to it. It will be fun to get out there and watch her run around.”